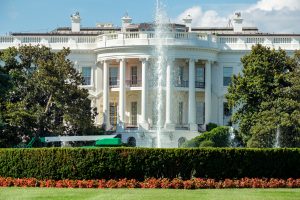 There may be some White House aides who wish they could pry the phone from President Donald Trump’s tweeting hands.

But 140 years ago, in 1877, the first White House telephone didn’t even get a spot in the Oval Office. It was installed down the hall in the telegraph room, less than a year after Alexander Graham Bell patented his telephone prototype.

Rutherford B. Hayes was president. The Providence Journal reported on his first call: “The President listened carefully while a gradually increasing smile wreathed his lips, and wonder shone in his eyes more and more, until he took the little instrument from his ear, looked at it a moment in surprise, and remarked, ‘That is wonderful.’ ”

Presidents didn’t get a telephone in the Oval Office desk until Herbert Hoover in 1929. Like a lot of technological advances added to the 217-year-old building, telephonic technology came piecemeal. Eventually these high-tech additions – from running water to air conditioning – became such a combustible hodgepodge that one president ordered a gut job.

The Chicago Tribune credits Millard Fillmore with installing the first flush toilets in 1853. But his successor, Franklin Pierce, built the first modern bathroom. (Which, by the cruelties of history, may now be regarded as Pierce’s most notable achievement.)

The first gravity hot-air heating system in the White House coincided with the first death of a sitting president, in 1841. It’s unclear whether William Henry Harrison’s 30-day presidency and demise from pneumonia spurred the decision to warm up the place. Subsequent presidents, particularly James Polk, installed additional furnaces and plaster ductwork to heat most of the White House’s rooms. (They also avoided giving two-hour inauguration speeches in the freezing cold without a coat on.)

Navy engineers built America’s first air-conditioning system in a desperate attempt to save President James Garfield’s life. Garfield was actually on his way to escaping the heat and humidity of Washington when he was shot by an assassin in a train station on July 2, 1881. In her book “Destiny of the Republic: A Tale of Madness, Medicine and the Murder of a President,” Candice Millard describes a contraption comprising a fan pumping air through screens of cheesecloth bathed in ice water. The cooled air was then piped into Garfield’s room, bringing the temperature down to about 80 degrees. Garfield died anyway.

Other presidents tried to stay cool by putting up awnings, and even sleeping on the roof.

When electricity was installed in the White House in 1891, then-President Benjamin Harrison was so afraid of being shocked that he refused to touch the circular switches controlling the current in each room. Gas lighting was still used in conjunction with electric for some time.

By the late 1940s, the White House was standing only “by force of habit,” the WHHA says. The whole structure creaked and popped under the weight of 140 years’ worth of additions. Wiring, plumbing and ventilation ducts from various eras wound chaotically through the crumbling building. In a 1946 letter to his wife, Truman wrote: “The … place is haunted, sure as shootin’. … You and Margie had better come back and protect me before some of these ghosts carry me off.”

In 1949, Truman and the first family moved across the street to Blair House, and then everything but the exterior walls of the White House was completely demolished. A frenetic, three-year reconstruction ensued – this time, with modern electric wiring, phone lines and central heating and air conditioning built in. The basement floors were dug, and steel girders put in to support the structure.

He invited reporters in for a tour, showing off the renovation.

More than 30 million people tuned in.

At one point, a reporter asked about the White House clocks: Do they all run?

“Yes, they all run,” the president said. “We have a special man who winds clocks every Friday.”