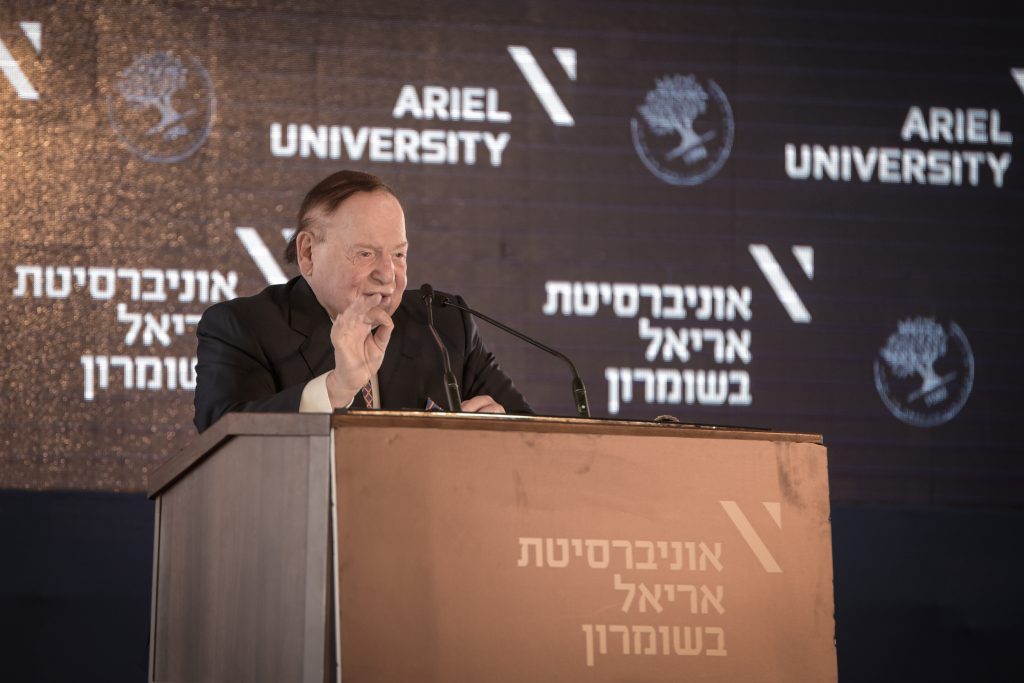 The cornerstone ceremony for Ariel University’s new School of Medicine and Health Sciences, named after Dr. Miriam and Sheldon Adelson, was held on Wednesday.

The Adelsons donated $5 million to the medical school. The total cost is estimated at over 100 million shekels ($28.4 million), most of which the university raised through donations, according to Yisrael Hayom, the daily newspaper owned by Sheldon Adelson.

Prime Minister Binyamin Netanyahu spoke at the event honoring his famous supporter, and said that “Ariel will always be part of the State of Israel, and I hope that graduates of the medical school will help with the development of medicine in countries which approach Israel [for medical assistance], such as India and China. We love the city of Ariel and will continue to build it.”

Ariel, a city of over 20,000 situated in the central Shomron, is the largest Jewish population center outside the main blocs in Yehudah and Shomron.

The new faculty will be Israel’s sixth school of medicine, joining the Hebrew University, Tel Aviv University, Ben-Gurion University of the Negev, the Technion-Israel Institute of Technology in Haifa, and the Bar-Ilan University Medical School in Tzefas.

The addition of a sixth medical school will help alleviate the shortage of doctors in Israel. There are approximately 4,000 medical students in the country currently, and many others travel abroad to complete their studies.