UPS to Freeze Pensions for 70,000 Nonunion Workers to Cut Costs 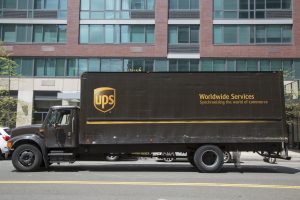 United Parcel Service Inc. (UPS) will freeze a pension plan for about 70,000 nonunion U.S. employees because of escalating costs and volatility in determining future payments, replacing it with a different retirement benefit.

The shift won’t occur until Jan. 1, 2023, giving affected workers more than five years to prepare, the shipping company said Tuesday. Most of the employees, which account for about 16 percent of the company’s workforce, are in administrative or management positions.

UPS joins companies including DuPont Co. and Lockheed Martin Corp. in freezing pension plans, which means that some or all participants may stop accumulating benefits. The plans became more expensive to maintain after interest rates fell during the financial crisis. UPS’s pension obligations are on top of a $1 billion jump in capital spending the company plans for this year to pay for automation and other efforts to handle e-commerce shipments.

“I’m not surprised at all,” said Kevin Sterling, a Seaport Global Holdings analyst. “They’ve been making huge pension contributions to more adequately fund it, so I’m not surprised they are freezing it as a way to control those liabilities.”

UPS’s pension plans in the U.S. had a $9.85 billion shortfall at the end of 2016, meaning they were about 76 percent funded, according to the filing.

Accruals to the existing defined benefit retirement plan being frozen will end Jan. 1, 2023, and UPS will begin a defined contribution program that will place between 5 percent and 8 percent of a worker’s eligible salary into a 401(k), depending on seniority. Some employees also will get a transition benefit.