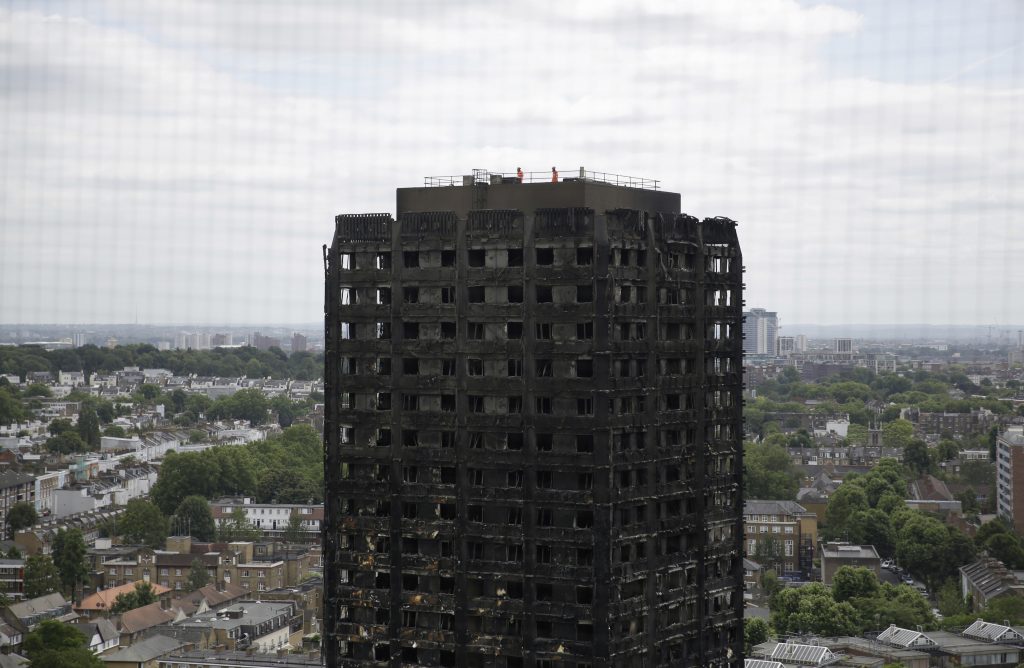 Prime Minister Theresa May said on Tuesday that Britain must hold a national investigation into exterior cladding used on high-rise buildings after all those checked after the deadly London tower block blaze this month failed safety tests.

At least 79 people died when a fire that started in a fridge freezer engulfed the 24-story Grenfell Tower block on June 14, trapping many inside their apartments as they slept.

Police on Tuesday named a five-year-old boy as the youngest of the dead so far formally identified.

The devastating inferno has raised concerns about the cladding used on the facades of buildings, mainly for insulation or to improve their appearance, prompting urgent safety tests to be carried out on similar tower blocks around the country.

“Right now, we are at a position where 95 buildings in 32 local authority areas have now failed the tests, and that remains a 100-percent failure rate,” May’s spokesman told reporters.

“The prime minister said there would need to be a major national investigation into what had gone wrong when cladding, which is failing the tests, had been fitted on buildings across the country over a number of decades.”

The Grenfell disaster, and May’s initially slow response to it, has stirred widespread anger and intensified criticism of her leadership after a botched snap election that cost her Conservative Party its parliamentary majority.

Her government has promised a public inquiry into what happened, in addition to tests on some 600 buildings.

The officer in charge of the police investigation has said exterior cladding at Grenfell Tower had failed all fire safety tests and that police say they would consider criminal charges, including manslaughter, over the fire.

U.S. firm Arconic Inc. said it was stopping global sales of its Reynobond PE cladding, which was used in Grenfell Tower, for use in high-rise buildings after the fire.

Police have so far identified about 20 of the 79 who are dead or missing and presumed dead, and have warned they might never know exactly how many people died in the inferno.