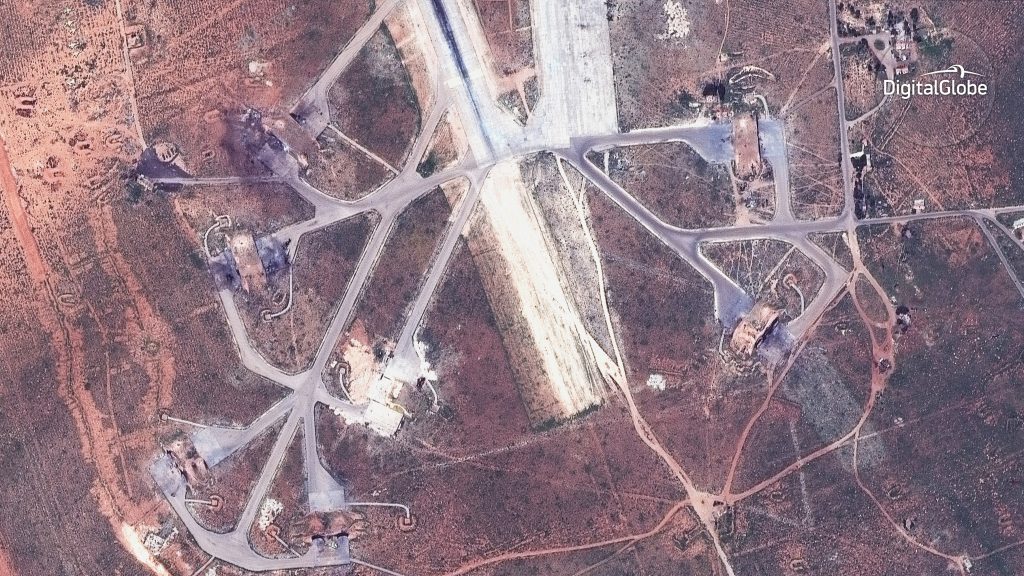 The Pentagon on Tuesday said it detected “active preparations” by Syria for a chemical weapons attack, giving weight to a White House statement hours earlier that the Syrian government would “pay a heavy price” if it carried out such an attack.

The U.S. accusation and ominous warning marked a further escalation of tensions in a country where the U.S. is using Syria Arab and Kurdish proxy soldiers to combat the Islamic State terror group in its remaining strongholds, even as Russia and Iran work to prop up President Bashar Assad, who has gained the upper hand in a long civil war.

A Pentagon spokesman, Navy Capt. Jeff Davis, said the U.S. had seen “activity” at Shayrat airfield that “indicated active preparations for chemical weapons use.” That is the same base from which the Syria air force launched an attack in April that the U.S. and others said used lethal chemicals to kill civilians. Syria denied the charge.

Assad’s government and Russia dismissed the White House allegation that Damascus was preparing a new chemical weapons attack. Russian President Vladimir Putin’s spokesman Dmitry Peskov said that “such threats to Syria’s legitimate leaders are unacceptable.” Russia is Assad’s key backer and sided with him when he denied responsibility for a chemical weapons attack that killed dozens of people in Idlib province on April 4.

The U.S. responded to that attack by hitting the airfield with dozens of cruise missiles. In the days following, Defense Secretary Jim Mattis cautioned that the U.S. was prepared to take further action if Syria repeated such chemical weapons use.

A Monday evening statement by White House Press Secretary Sean Spicer said the U.S. had “identified potential preparations for another chemical weapons attack by the Assad regime that would likely result in the mass murder of civilians, including innocent children.”

Several State Department officials typically involved in coordinating such announcements said they were caught completely off guard by the warning, and it appeared the underlying intelligence information was known only to a small group of senior officials. Typically, the State Department, the Pentagon and U.S. intelligence agencies would all be consulted before the White House issued a declaration sure to ricochet across foreign capitals.

On Tuesday, the deputy White House spokeswoman, Sarah Huckabee Sanders, said “all relevant agencies,” including the Pentagon, State Department and key intelligence agencies, “were involved in the process from the beginning. Anonymous leaks to the contrary are false.”

A non-governmental source with close ties to the White House said the administration had received intelligence that the Syrians were mixing precursor chemicals for a possible sarin gas attack in either the east or south of the country, where government troops and allied forces have faced recent setbacks.

A senior Russian lawmaker dismissed the U.S. warning as “provocation.”

Frants Klintsevich, first deputy chairman of the defense and security committee in the upper chamber of the Russian parliament, accused the United States of “preparing a new attack on the positions of Syrian forces.”

The U.S. strike in April was the first direct American assault on the Syrian government and Trump’s most dramatic military order since becoming president.

Trump said at the time that the chemical attack crossed “many, many lines,” and called on “all civilized nations” to join the U.S. in seeking an end to the carnage in Syria.

The U.S. attack on a Syrian air base came after years of heated debate and deliberation in Washington over intervention in the bloody civil war. Chemical weapons have killed hundreds of people since the start of the conflict.