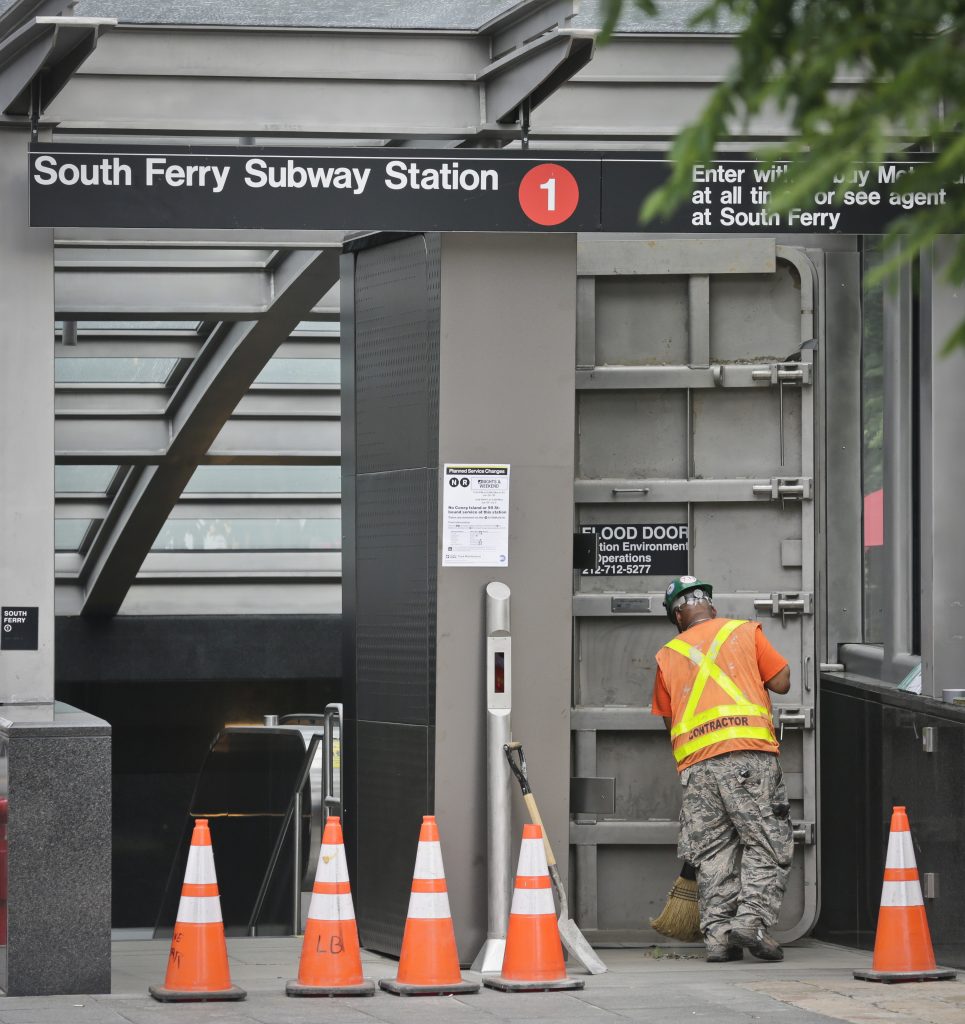 The South Ferry station on the No. 1 line reopened Tuesday after more than $340 million worth of repairs.

Metropolitan Transportation Authority employees and contractors in hard hats cheered as the first train rolled into the pristine new station at the southern tip of Manhattan.

The station was just 3-years-old when Sandy struck in October 2012, destroying electrical and mechanical systems and with a mix of seawater, sewage and debris.

The damage forced MTA officials to reopen the older, outmoded South Ferry station that the new station had replaced in 2009.

The old South Ferry station, which first opened in 1905, had room for only the first five cars of a 10-car train.

The station provides access to the Staten Island ferry as well as boats to the Statue of Liberty and other destinations.

Plumber Don Geba, who boarded the first train leaving the newly reopened station, said the new station is an improvement over its predecessor.

“It was a big inconvenience for a long time, so it’s nice,” said Geba, who lives on Staten Island. “Three thousand people coming off a ferry getting onto five cars at the old station was difficult.”

MTA officials say measures to protect the station from future storms include retractable flood doors at the entrances and reinforcement of other entry points for water including vents, manholes, hatches and air ducts.

The new station opened at noon just as MTA officials were investigating a derailment about 10 miles (16 kilometers) north, in Harlem. The derailment caused only minor injuries, but service disruptions were widespread.