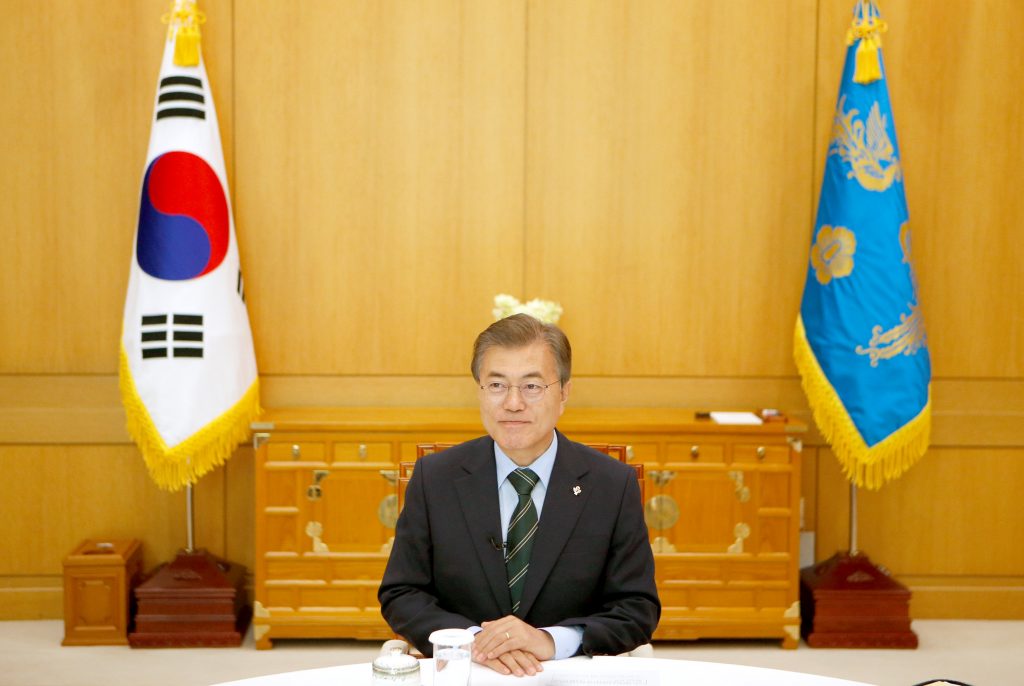 When South Korea’s new president comes to the United States this week for his first meeting with President Donald Trump, there will be no cozy dinners at Mar-a-Lago or rounds of golf in the Florida sunshine.

Instead, Moon Jae-in will be going to the White House for what is shaping up to be a challenging summit, with the leaders taking sharply different approaches to dealing with North Korea and a continuing disagreement over an American antimissile system deployed to South Korea.

“The summit should really be about drawing the big picture, but instead they will be focusing on areas of potential friction,” said James Kim, a specialist in U.S.-South Korea relations at the Asan Institute for Policy Studies in Seoul. “A lot will hinge on how the two leaders get along and the chemistry between them.”

Moon, a liberal who was elected president in a landslide in May following the impeachment of conservative Park Geun-hye amid a bribery scandal, has been doing his best to appear conciliatory in the lead-up to the summit.

“President Trump and I have a common goal – that is the complete dismantlement of North Korea’s nuclear program and the denuclearization of the Korean Peninsula,” he told The Washington Post’s Lally Weymouth in an interview last week. “I hope we will be able to show the world that the collaboration between our two countries is strong and will continue to grow stronger.”

But his message was muddied when one of his top advisers delivered a very different message in Washington.

If North Korea suspends its nuclear and missile activities, then Moon would ask the United States to scale back its joint military exercises with South Korea, Moon Chung-in, the president’s special adviser for unification, foreign and security affairs, said at the Wilson Center.

“I think what he has in mind is, you know, we may scale down deployment of American strategic weapons over the Korean Peninsula,” the adviser said.

South Korea’s presidential Blue House has been trying to distance itself from the remarks, saying this was one of a range of options. But the remarks have fueled Washington’s worst fears about the Moon administration, said Kim of the Asan Institute.

Moon is a proponent of the “sunshine policy” of engagement with North Korea, named after the Aesop fable in which the wind and the sun compete to make a traveler take off his coat. The sun gently warms the traveler and succeeds, the moral of the fable being that gentle persuasion works better than force.

The policy was championed by former president Kim Dae-jung and continued by fellow progressive Roh Moo-hyun, for whom Moon served as chief of staff.

Moon has been espousing cooperation and engagement with North Korea, saying on the 17th anniversary of the inter-Korean summit this month that he was prepared to talk to Pyongyang if it stopped its nuclear tests and missile launches, but without other conditions.

Although Pres. Trump has talked about meeting Kim Jong Un, the leader of North Korea, his administration has espoused a policy of “maximum pressure” on Pyongyang to make it give up its nuclear weapons program. It has been imposing new sanctions on North Korean leaders and warning that military action is one option for reining in the regime.

This pressure is likely only to increase with the death last week of Otto Warmbier, an Ohio man who was detained in North Korea for 17 months, 15 of which he spent in a coma.

The other key issue for the summit will be the Terminal High Altitude Air Defense system, or THAAD, which the Park administration agreed to deploy in South Korea to help guard against the North Korean threat. With Moon campaigning on a platform to review that agreement, the U.S. military rushed to get the radar system and two launchers in place before he was elected.

Since his election, Moon has expressed shock that four more launchers were brought to South Korea without his knowledge – even though a full antimissile battery comprises six launchers – and has ordered the deployment to be suspended while his government carries out an environmental review.

The system remains highly controversial in Seongju, the southern area where it is deployed.

“THAAD has turned our tranquil village upside down,” said Do Geum-nyon, an 81-year-old woman who was protesting last week. “I can’t focus on my farming because I also have to come out to keep watch over the Americans,” she told Yonhap News Agency.

The United States considers the deal an issue at the heart of the two countries’ 70-year-old military alliance, and analysts are warning of severe damage to relations if the Moon administration reverses the decision to deploy a missile battery aimed at keeping South Korea – as well as the United States and Japan, its other ally in the region – safe.

The Trump administration has not yet nominated, let alone appointed, an ambassador to South Korea, although Victor Cha, who served on the National Security Council during the Bush administration, is thought to be the front-runner for the post.

In many ways, the fact that a summit can take place at all is progress.

South Korea was in a state of limbo for about six months while Park was impeached, and South Koreans watched uncomfortably as Japanese Prime Minister Shinzo Abe and then Chinese President Xi Jinping went to Trump’s Florida resort for cordial dinners with the American president. Abe even took to the golf course with Trump.

South Koreans felt aggrieved this year when Trump called Xi and Abe – but not their acting president – over one of North Korea’s provocations.

Now, despite their political and policy differences, much will depend on how Trump, who places a premium on personal rapport, and Moon get along.

With this in mind, the Moon administration has sent emissaries to Washington to learn how Abe got into Trump’s good graces and to discover the pitfalls he needs to avoid.

“They know if Trump thinks you’re a good guy he will listen to you, but if he thinks you’re a bad guy, there’s no argument you can make to win him over,” said one Washington think tank expert who was consulted by Hong Seok-hyun, Moon’s special envoy to the United States. “They want Moon to make a good first impression and get off on the right foot with him.”

One of Moon’s aides has suggested that the pair will get along well. “Trump doesn’t like flamboyant characters like himself,” he said on the condition of anonymity to discuss his boss. “They are yin and yang.”