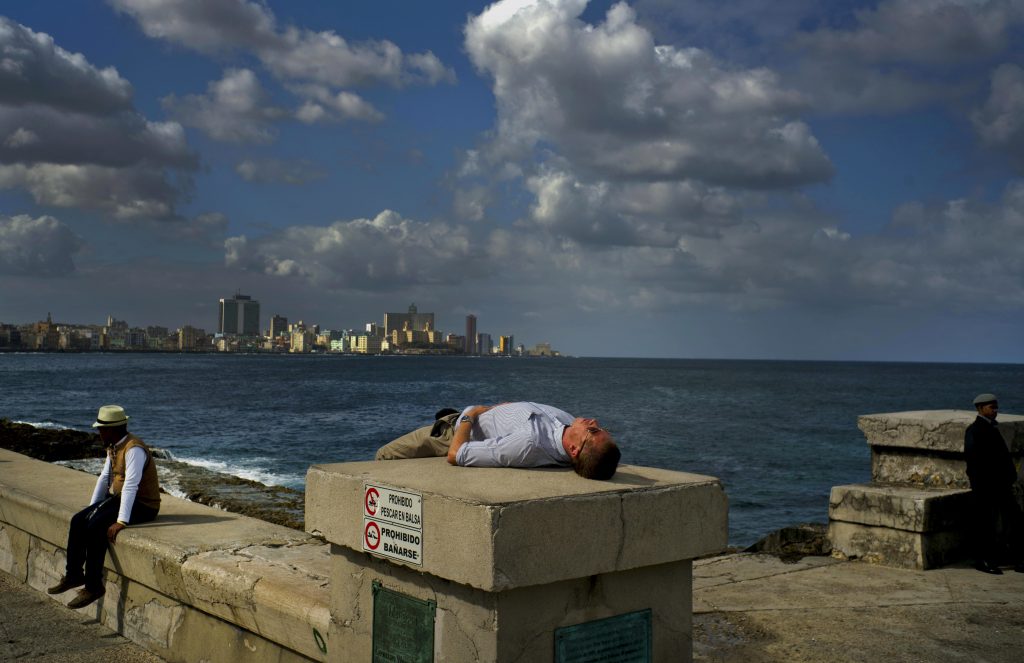 Five of 12 private bed-and-breakfast owners in Havana and Cuba’s southern colonial city of Trinidad told The Associated Press that they received cancelations after Trump’s June 16 announcement .

“It’s contradictory that (Trump) says he want to help civil society, the Cuban people, but what he’s doing is hurting them, hurting bed-and-breakfast owners in this case,” said Tony Lopez, who rents rooms for $30–$50 nightly in a three-bedroom, 16th-floor apartment in Havana’s trendy Vedado neighborhood. Those canceling included two Americans worried about legal requirements, including documenting their spending.

“We get a lot of Americans. We’re alarmed,” said Eliset Ruiz, manager of a nine-room bed-and-breakfast in Trinidad. “We’ve had a lot of cancelations for June and July.”

Alex Bunten of Charlotte, Vermont, hoped to go to Cuba in August “without the hassle of tour groups and schedules and such. We like watching the world go by, eating good food, not being herded by an umbrella-holding, annoyingly interesting tour guide.”

But Bunten nixed the idea because under the new rules, only licensed tour operators can take Americans to Cuba on “people-to-people” trips. That’s “too much of a hassle,” Bunten said.

Tour operators “should be opening Champagne” because of the new policy, said John Caulfield, former chief of mission of the U.S. Interests Section in Havana and co-founder of the nonprofit Innovadores Foundation, which seeds innovation in Cuba.

In theory, the new rules should spur “an increase in demand,” said Access Trips CEO Tamar Lowell. But some Americans “will be confused by the new policy,” wrongly assuming that all Cuba travel is now off-limits.

“The travel operators are going to have to do some work to make people aware that if you go with us, it’s OK,” said Caulfield.

“Are we going to see business fall off?” said Classic Journeys president Edward Piegza. “We could. But it could be good for us.”

Ban on Business With the Military

The new rules also ban Americans from doing business with entities controlled by Cuban military and intelligence agencies, including some 50 hotels.

Many tour operators say that’s no problem because they already use privately owned villas, casas and eateries, and engage with local guides, entrepreneurs and artists.

Caulfield said the Cubans can also fill up hotels that are off-limits to Americans with tourists from other countries, thereby freeing up rooms elsewhere for U.S. groups.

Piegza said lodging costs increased last year but are coming down, allowing Classic Journeys to drop tour prices from $4,995 for four days in Cuba to $3,995.

Hotels aren’t an issue for cruises because passengers sleep on the ships. But Carnival Corp. says even its activities on the ground in Cuba already comply with the new rules. “Many of our current tours have been designed with small family-run operations to give our guests an authentic Cuban experience,” said Carnival spokesman Roger Frizzell.

Others are revising itineraries. “We have had to redesign our women’s trip to Cuba,” said Phyllis Stoller from The Women’s Travel Group, which plans a trip for 15 in March. “Our original operator had us visiting some rural areas that are apparently owned by the military.”

U.S. Sen. Marco Rubio, R-Florida, a Cuban-American who supports travel restrictions, suggested in tweets that he’d like to ban attractions run by other Cuban government agencies, like the ministries of culture and tourism. But it will be months before the U.S. Treasury Department announces details on which sites are off-limits.

Support for the Cuban People

Rubio also suggested that independent travel might continue. Rubio tweeted that the new rules allow “individual Americans” to “travel to Cuba under Support for the Cuban people category” as long as they use “privately owned lodging.”

That’s heartening to companies like ViaHero, which creates personalized itineraries connecting individual Americans with artists, entrepreneurs and other Cuban locals. ViaHero CEO Greg Buzulencia thinks ViaHero trips will qualify under the “support for the Cuban people” category of travel permitted by the U.S. because ViaHero’s itineraries “start conversations and promote independent businesses and activity” in Cuba outside of government-run spheres.

ViaHero’s model is also affordable, as little as $400 for a week in Havana — plus a $25-a-day trip-planning fee — compared with group tours charging $5,000 for a week.

Chad Olin, president of Cuba Candela, says his company’s people-to-people tours qualify under the new rules because all lodging, drivers, restaurants and cultural activities are from Cuba’s private sector. But he also thinks Americans can travel independently using the “support for the Cuban people” category, as long as they patronize private businesses and connect with locals in meaningful ways.