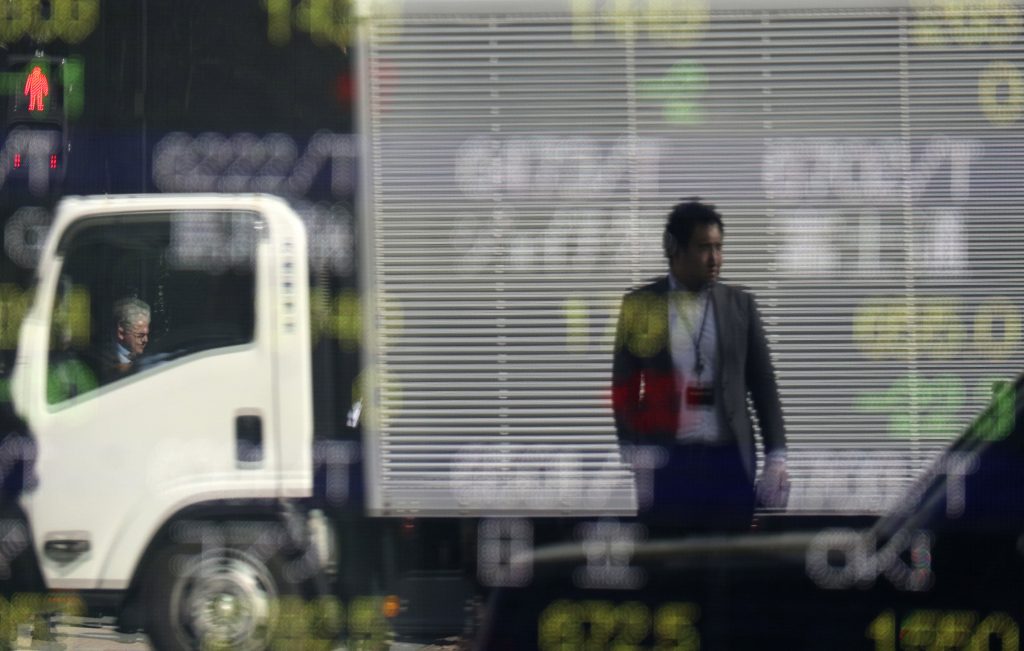 Yellen is scheduled to take part in a discussion on global economic issues at London’s Royal Academy, and a number of other top Fed officials are also due to speak later in the global day.

“The fundamental mood is not bad, but it’s hard for investors to find direction on a day where there are no other major catalysts other than a weak yen,” said Hikaru Sato, a senior technical analyst at Daiwa Securities in Tokyo.

Despite lower Treasury yields, the dollar extended overnight gains and was firm at 111.800 yen after briefly rising to a one-month peak of 112.075.

Long-dated Treasury yields dropped to seven-month lows on Monday and the yield curve between five-year notes and 30-year bonds fell to its flattest level since 2007 after the weak U.S. durable goods orders raised concerns about tepid growth and slowing inflation.

The euro was steady at $1.1189 having fallen back from an 11-day high of $1.1220 overnight after European Central Bank President Mario Draghi defended the central bank’s easy monetary policy.

Having made record highs during the past two months on expectations that exporters will post strong earnings, South Korea’s KOSPI rose a further 0.3 percent.

Elsewhere, Shanghai’s benchmark index and Australian shares were both down 0.1 percent.

There was also a general sense of caution in financial markets, analysts said, noting that commodities like crude oil, which is suffering from a glut, remained shaky though a recent selloff has stalled.

“Although iron ore and crude prices are stabilizing, their recovery lacks strength. The U.S. equity market also hovers at a high level, but its performance is spotty with high-tech shares falling,” said Masafumi Yamamoto, chief forex strategist at Mizuho Securities in Tokyo.

Crude oil was on track to rise for the fourth straight day although concerns over a festering supply glut capped prices.

U.S. crude futures were up 0.2 percent at $43.48 a barrel. The contract had retreated to a 10-month low of $42.05 a barrel last week before the sharp retreat stalled, but it remained on track for a monthly loss of about 10 percent.