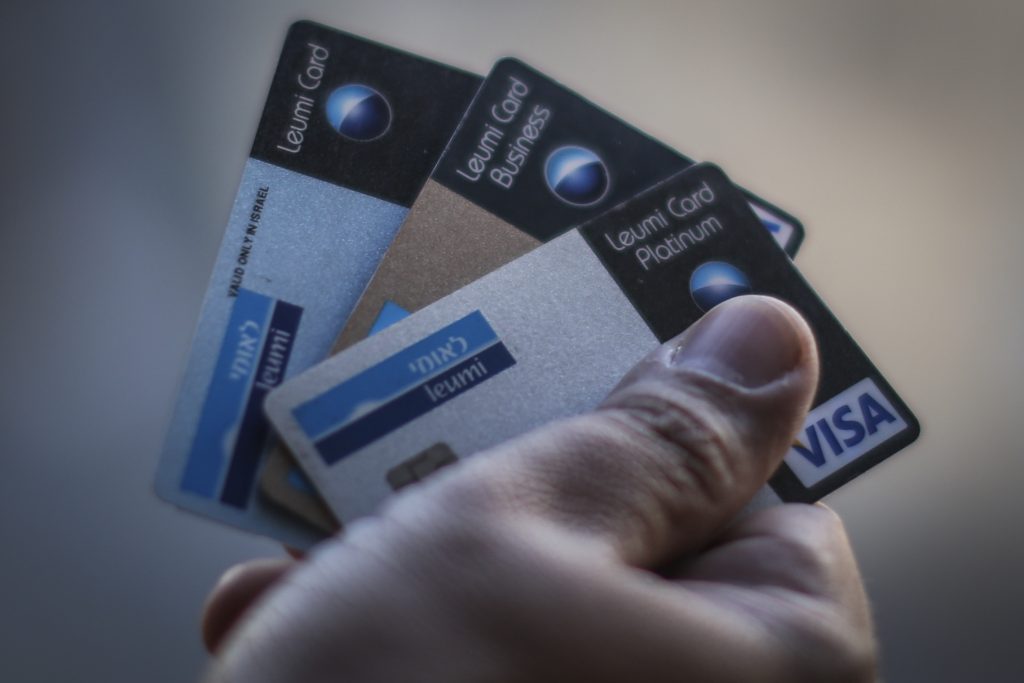 Israelis owe NIS 17 billion on their credit cards — an increase of 23 percent in just one year, a report in Yediot Acharonot said. Out of that figure, 37 percent of the debt was in revolving credit, where borrowers pay interest. The rest is owed on debit cards and in monthly interest-free payments (tashlumim). According to some economists, that’s sufficient to constitute a “bubble” — one that could cause major damage to the economy if it pops.

Once almost unheard of in Israel, American-style revolving credit — where borrowers make minimum payments and the debt gets rolled forward, with interest — has become more popular in recent years. Current credit interest rates in Israel hover between 8 percent and 18 percent. According to the Bank of Israel, Israelis owed NIS 3.2 billion in revolving credit-card charges.

The rest of the interest-bearing debt is in the form of loans given by banks to credit-card holders, another up and coming form of debt. It is common today for credit-card holders to get phone calls on a regular basis from their banks, offering them “special deals” on loans, with low interest rates. Altogether and taking into account all debts — including mortgage debt —— Israelis owed in the first quarter of 2017 NIS 511 billion, NIS 7 billion more than in the last quarter of 2016. Of that, NIS 343 billion is mortgage debt.

Also notable, the Bank report said, was the fact that Israelis were quicker to take out their credit or debit cards to pay for things. 36 percent of transactions on credit/debit cards were for sums of NIS 24 on average, while 58 percent were for transactions averaging NIS 46.