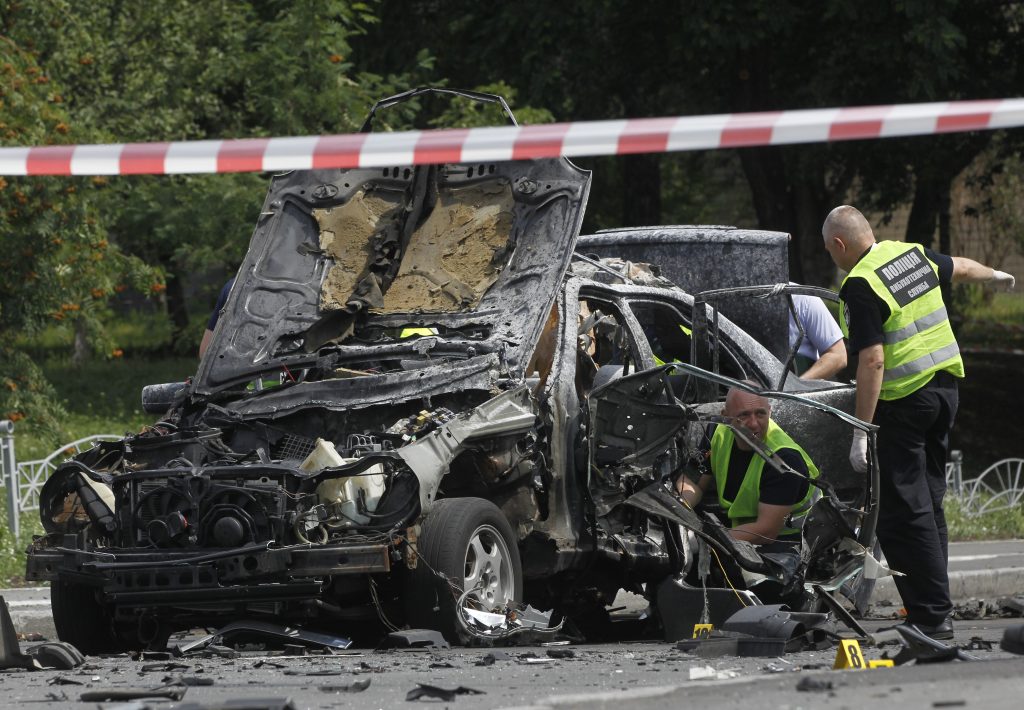 Authorities say a bomb planted under or inside a car has killed a senior Ukrainian military intelligence officer in the country’s capital.

Photos from the scene showed the mangled vehicle in the middle of a Kiev intersection. Police say the car’s driver was killed immediately, and two passers-by were slightly injured in the Tuesday morning blast.

The Defense Ministry identified the victim as Col. Maxim Shapoval of the Chief Directorate of Intelligence. Ukrainian media reported that Shapoval was chief of military intelligence’s special forces.

Kiev regional police chief Andriy Kryshchenko tells 112 media outlets that the unidentified explosive device was either attached to the bottom of the car or planted inside.

Investigators are treating the explosion as a terror attack but did not immediately say who was to blame.