Israel IDF: Blaze on Golan Monday Not Due to Errant Rockets
Israel 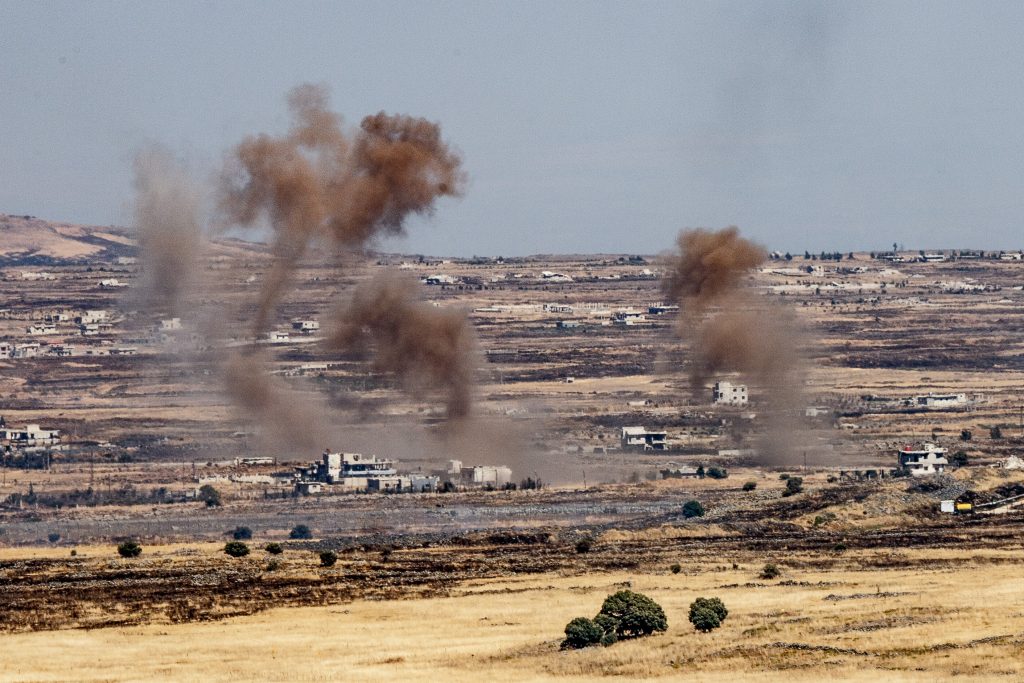 The IDF dispelled rumors that mortar shells from Syria again fell on Israeli territory on the Golan Heights Monday morning. Witnesses had said that they had heard large explosions, and a large brush fire broke out in an open area of the Golan. A thorough search of the area indicated that the fire had been caused by a bullet that was fired at a U.N. peacekeepers camp, which hit the dry field on an extremely hot day, setting off the fire, the IDF said.

Nevertheless, the explosions sent residents and visitors on the Golan scurrying to shelter. Farmers in the northern Golan have already been asked to remain away from their fields until the situation calms down. Thousands of Israeli tourists are now in the Golan, participating in cherry harvest events, which are going on this week.

Rocket fire from Syria struck Israel on Shabbos and Sunday, and the IDF responded and struck Syrian targets on both of those occasions. On Sunday, Syria warned Israel of such retaliations, saying that the retaliations were “dangerous,” and that Israel “would bear the responsibility for the various outcomes of these actions. We are determined to destroy the terror groups, which are an arm of the Israeli enemy in this region,” the statement said, referring to Syrian rebel groups.

Speaking at Sunday’s cabinet meeting, Prime Minister Binyamin Netanyahu said that Israel “responds with strength, determination and wisdom to all instances of this fire, exactly as the IDF has been doing on the Golan. The regime of Bashar Assad is responsible for everything that happens in his territory, as far as we are concerned, and he will continue to bear the responsibility if these incidents continue.”