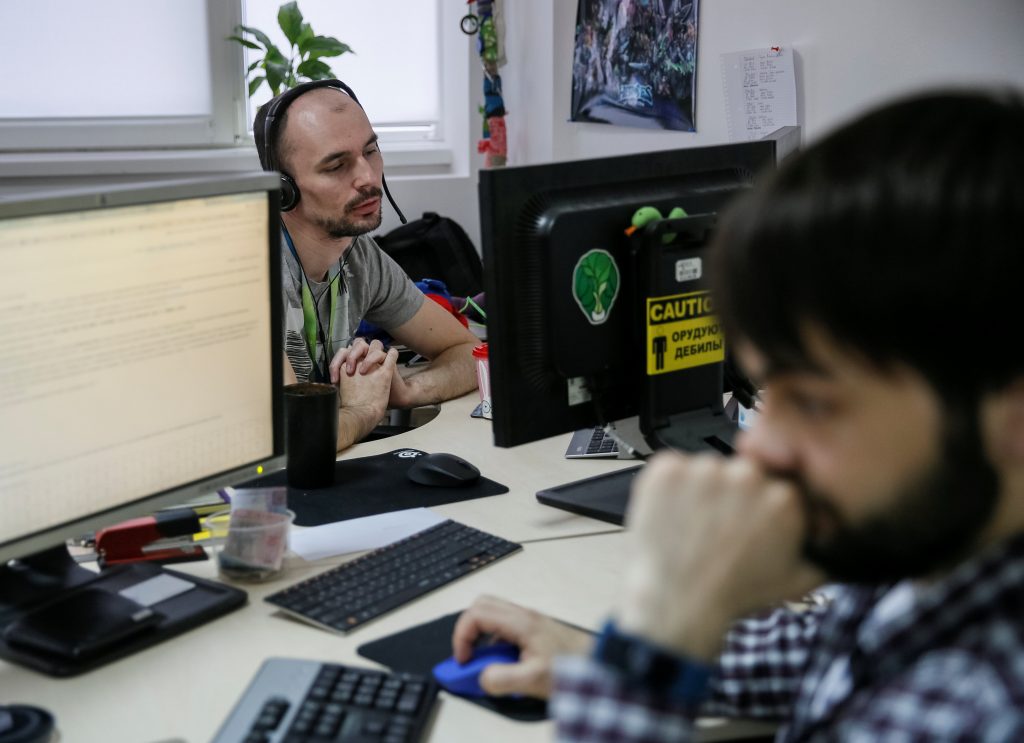 When Alexey Chalimov founded software design firm Eastern Peak in Israel four years ago, he knew he would not find the developers he needed at home.

He went to Ukraine and hired 120 people to develop mobile apps and web platforms for international clients and smaller Israeli startups.

“I worked for years in the Israeli market and I knew what the costs were in Israel and I knew there was a shortage of workers,” he told Reuters.

Driven by startups, Israel’s technology industry is the fastest growing part of the economy. It accounts for 14 percent of economic output and 50 percent of exports.

But a shortage of workers means its position at the cutting edge of global technology is at risk, with consequences for the economy and employment.

The government’s Innovation Authority forecasts a shortage of 10,000 engineers and programmers over the next decade in a market that employs 140,000. Israel has dropped six spots in three years to 17th in the World Economic Forum’s ranking of the ease of finding skilled technology employees.

The shortage is particularly painful for Israel’s 5,000 startups which compete for talent with development centers of technology giants such as Google, Intel, Microsoft and Apple. They offer big incentives that a startup cannot afford.

Israel will lose its edge if the shortage isn’t tackled, said Noa Acker, head of policy at the societal challenges division at the Innovation Authority.

“Salaries will be very high and the industry will shrink to only very high level R&D while much of the work will be exported,” she said.

This is partly due to problems in secondary and primary schools where lack of funding means some classrooms do not have computers and advanced maths teachers are in short supply.

“Why do we still have classes where there are no computers?” said Yifat Turbiner, a researcher in entrepreneurship and innovation at Ben-Gurion University.

“If more budgets aren’t allocated to generate a technological state of mind … from elementary school, I believe all industries will suffer, not just high-tech.”

Another reason for the shortage of computer science graduates is that after the dotcom bubble burst in 2000, many Israeli high tech workers lost their jobs, Acker said.

This meant that students lost interest in tech careers and university applications declined.

The Education Ministry has announced plans to boost studies of math and science, especially in high schools outside the cities where advanced classes are not always available. But Turbiner said initiatives are also needed for a higher standard of math at a younger age including training more teachers.

Military technology expertise gained by soldiers during their service has been behind several successful Israeli firms, including the country’s biggest tech company, Check Point Software Technologies.

The government is also running “boot camps” of up to 18 months to train tech workers without technology degrees.

While the government takes steps to stimulate organic growth of workers at home, it is also making changes to visas for a quick fix of importing foreign workers.

The government is preparing 500 visas for students from abroad who studied science and engineering at Israeli universities so they can stay to work at tech firms for a year. It is also working on easing bureaucratic hurdles to unlimited “expert visas.”

In the meantime, many Israeli startups are looking abroad.

Ukraine is the top destination with about 100 Israeli development centers. A strong tradition of math and computer science teaching that is present in many former Soviet Union countries means Ukraine has more than 20,000 IT graduates each year.

The 1990s arrival of a million immigrants from former Soviet countries, many of them scientists who went to work for technology companies, has also created strong ties.

Israeli companies have also recruited workers in other eastern European countries such as Poland and Bulgaria.

Wix.com, which helps small businesses build websites and is one of Israel’s hottest tech companies, employs 120 workers in two development centers in Ukraine and another 80 at a site in Lithuania.

“They are in the same time zone, they have a good level of English and all are Russian speakers. Some of our people here are former Russians,” said Boaz Inbal, general manager of Wix’s development centers. “We have direct flights to both countries. It’s easy for us to collaborate and communicate.”

Salaries for software developers in Ukraine are about 40 percent lower than in Israel, said Andrey Link, an executive vice president at Ukrainian software engineering firm Infopulse.

But he said: “The key argument in our favor is not the cost but availability. To find 2-3 people (in Israel) is not a problem, but if they need…an R&D center for 100 people, it is very difficult in Israel.”