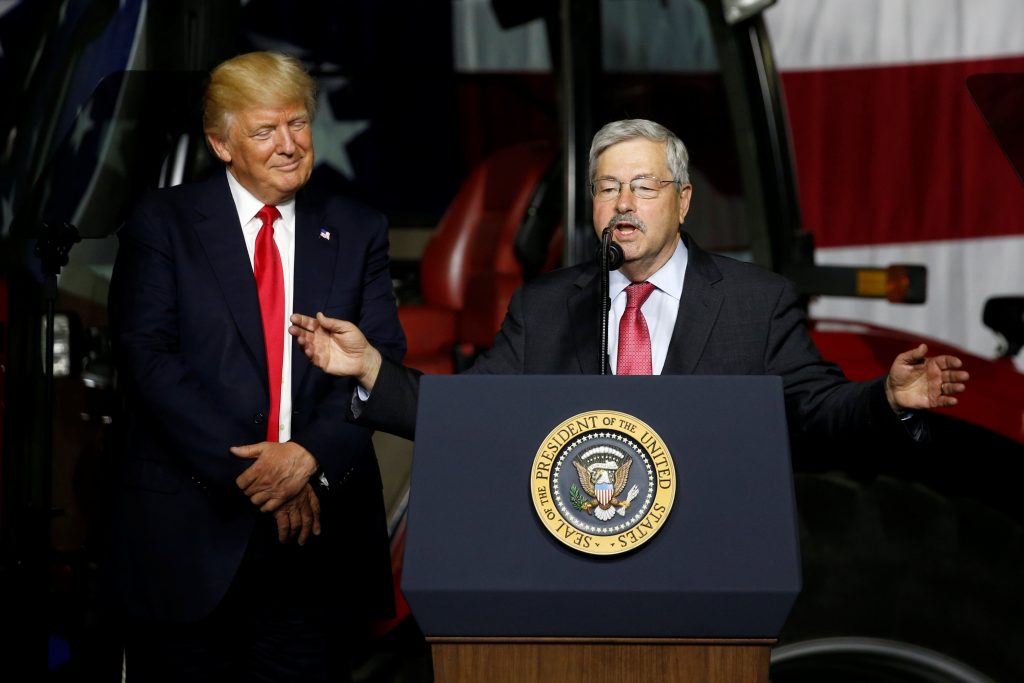 The new U.S. ambassador to China has said that stopping the threat posed by North Korea will be a top priority, along with resolving the U.S.-China trade imbalance, according to a video message to the Chinese people released on Monday.

Terry Branstad, a former Iowa governor, has been described by Beijing as an “old friend” of China. Branstad was confirmed on May 24 as President Donald Trump’s new ambassador to China but his arrival date has yet to be announced.

“Resolving the bilateral trade imbalance, stopping the North Korea threat, and expanding people-to-people ties will be my top priorities,” Branstad said in the video message, which was released on a popular Chinese video-streaming platform.

Trump has placed high hopes on China and its president, Xi Jinping, exerting greater influence on North Korea, although he said last week Chinese efforts to rein in the reclusive North’s nuclear and missile programs had failed.

China’s foreign ministry regularly says that Beijing is doing all that it can with regard to North Korea by implementing United Nations Security Council sanctions, while also pushing for greater dialogue to reduce tensions.

U.S. Secretary of State Rex Tillerson said he had pressed China to ramp up economic and political pressure on North Korea during his meeting with top diplomat Yang Jiechi in Washington last week.

“We face many of the same challenges. A strong U.S.-China relationship can contribute to solutions,” Branstad said in the video, without giving details about how he hoped to work with China.

Branstad also recounted his three decades of engagement with China, from his first visit there in 1984 to hosting Xi, then a county-level Communist Party leader, in Iowa in 1985, and then again in 2012 when Xi was vice president.

Trump pledged during his campaign to take a tough stance on Chinese trade practices deemed unfair to the United States, but his rhetoric softened after a friendlier-than-expected meeting with Xi in Florida in April.

Shortly after their meeting, Trump said he had told Xi that China would get a better trade deal if it worked to rein in the North. China is neighboring North Korea’s lone major ally.