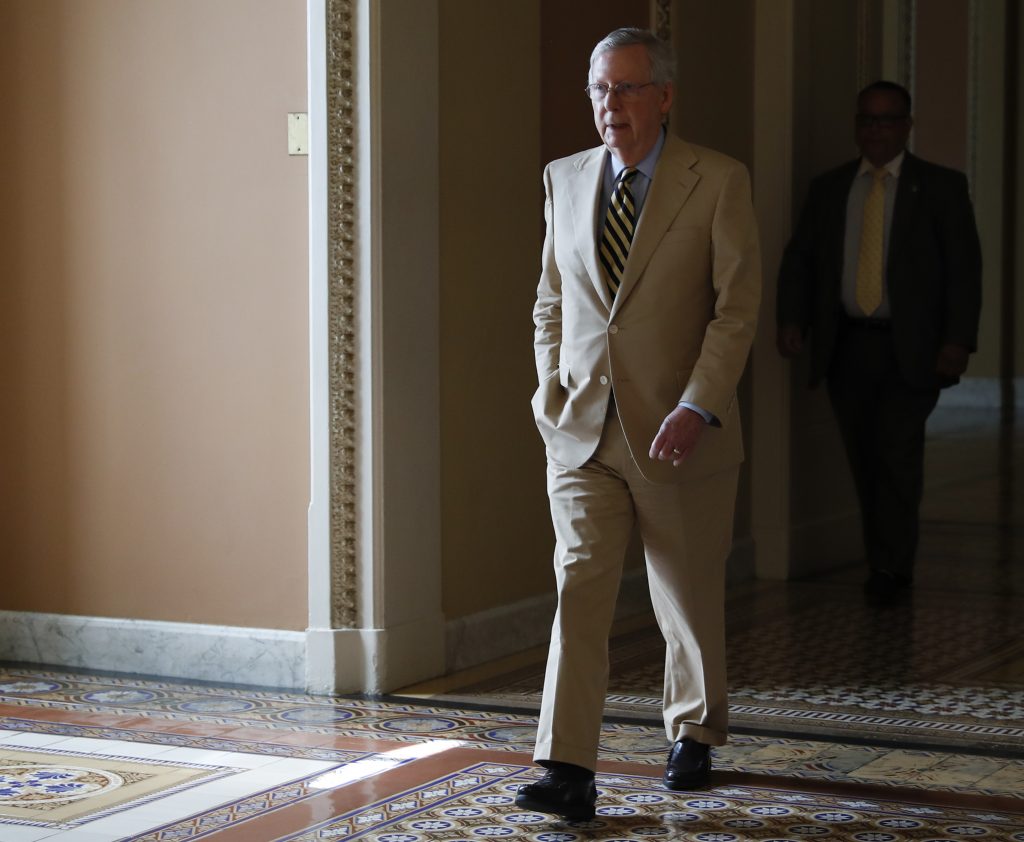 Twenty-two million Americans would lose insurance over the next decade under the health-care bill drafted by Senate Republicans, the nonpartisan Congressional Budget Office (CBO) said on Monday, an assessment that will likely make it more difficult for the already-fraught legislation to win support for speedy passage.

The Congressional Budget Office’s assessment complicates the task ahead for Senate Majority Leader Mitch McConnell, who must find a way to reconcile the demands of moderate Republicans concerned about people losing their insurance and conservative senators who say the bill does not do enough to repeal Obamacare.

Several moderate Republicans, including Susan Collins of Maine, have already said they could not support a bill that resulted in tens of millions of people losing their insurance.

The CBO score is likely to amplify criticism from industry groups such as the American Hospital Association and American Medical Association, which said earlier on Monday that the Senate’s bill violated the doctors’ precept of “First, do no harm.”

Republican leaders want to hold a vote on the bill before the July 4 recess that starts at the end of this week. Republicans have only a 52-seat majority in the 100-seat Senate, so McConnell can lose just two Republican senators, relying on Vice President Mike Pence to cast the tie-breaking vote. No Democratic senators have said they would back the bill.

Moderate Republican Senator Dean Heller said on Saturday that he could not support the Senate bill as written, and some other moderates have either withheld judgment or expressed doubts about replacing Obamacare with legislation that is similar to the House version.

They are concerned that the party’s approach to health care would cause too many people, especially those with low incomes, to lose health coverage. The CBO estimated the House bill would cause 23 million people to lose insurance.

As he did during the House negotiations, President Trump has personally pushed for a Senate bill, calling fellow Republicans to mobilize support.

White House spokesman Sean Spicer said on Monday that Mr. Trump had talked over the weekend to Senators Cruz, Paul and Johnson, as well as Senator Shelley Moore Capito, “and I think several others.”

A spokesman for Senator Paul said the senator and Trump had a “productive call” and that Mr. Paul was open to working with the president and Senate colleagues on improving the bill.

Health-insurance companies have expressed concern about the bill’s plan to cut Medicaid and the impact on state governments as well as the prospect of losing Obamacare’s mandate on individuals to buy insurance.

Insurer Blue Cross and Blue Shield said in a statement on Monday that it was encouraged by the steps in the revised bill to make the individual insurance market more stable, including strong incentives for people to stay covered continuously.

If the Senate passes a bill, it will either have to be approved by the House, the two chambers would have to reconcile their differences in a conference committee, or the House could pass a new version and bounce it back to the Senate.