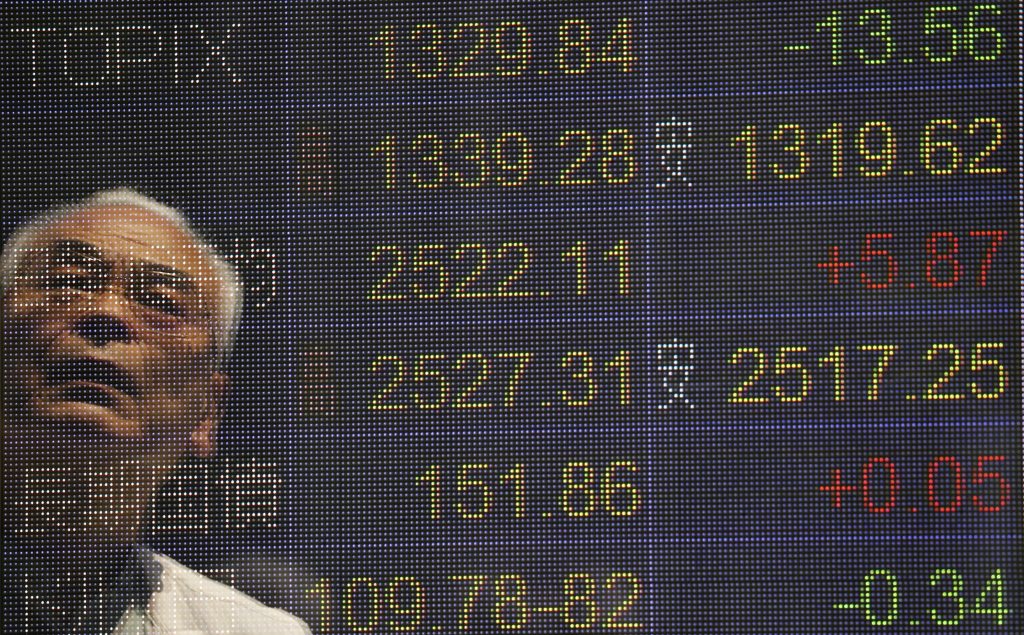 Asian shares edged up on Monday on optimism for global growth, while the dollar was on the defensive as a subdued U.S. inflation outlook capped U.S. bond yields and raised questions about the Federal Reserve’s plans to tighten policy.

Trading was slow with many markets in the region closed for holidays to celebrate the end of Ramadan.

Mainland Chinese shares rallied, with the CSI300 index rising 1.2 percent to hit its highest level in almost a year and a half, after the MSCI chief said the index provider could raise its weighting of China’s mainland-listed ‘A’ shares.

The prospect of solid global economic growth has kept alive investor optimism for world equities even as some markets, including Wall Street, have slowed from a meteoric run because of high valuations.

Share prices have also been supported by relatively loose monetary policies in the developed world, with the Bank of Japan and the European Central Bank still pumping in funds.

The U.S. Federal Reserve is gradually tightening its policy, but investors think the pace of its tightening will be much slower than policymakers want, given subdued U.S. inflation.

Money market futures price in with only about 50-percent chance of another rate hike by the end of the year, compared to Fed’s own projection of one more rate increase.

The 10-year U.S. Treasuries yield stood at 2.153 percent, not far from the seven-month low of 2.103 percent hit mid-June, after news that inflation had undershot expectations for a third straight month.

The lower yields have put the dollar on the defensive, though some market players say both Treasury yields and the dollar could rise if U.S. President Donald Trump manages to push his health-care bill through Congress.

“There will be renewed focus on [the] U.S. health-care bill. Its passage in the parliament could lead to expectations that the administration will get down to stimulus next,” said Masahiro Ichikawa, senior strategist at Sumitomo Mitsui Asset Management.

Republican Senate leader Mitch McConnell has pushed for a vote on the bill before the July 4th Independence Day holiday recess that begins at the end of this week.

Yet he can afford to lose the support of only two Republicans in the face of unanimous Democratic opposition, while five Republican senators have said they will not support the bill in its current form.

A strong reading in Germany’s Ifo business sentiment survey due at 0800 GMT could open the way for a test of $1.1296, its seven-month high hit earlier this month.

The euro was little damaged by the news that Italy began winding up two failed regional banks on Sunday in a deal that could cost the state up to 17 billion euros ($19 billion).

Oil prices ticked up after having fallen for five weeks in a row on concerns OPEC-led production cuts have failed to ease a global crude glut stemming in part from increased U.S. oil production.

U.S. energy firms added 11 oil rigs in the week to June 23, bringing the total count up to 758, the most since April 2014, according to data from energy services firm Baker Hughes Inc.

“There is some support near $40 in the WTI. People think that U.S. shale development will stop if it falls below $40,” said Tatsufumi Okoshi, senior economist at Nomura Securities.