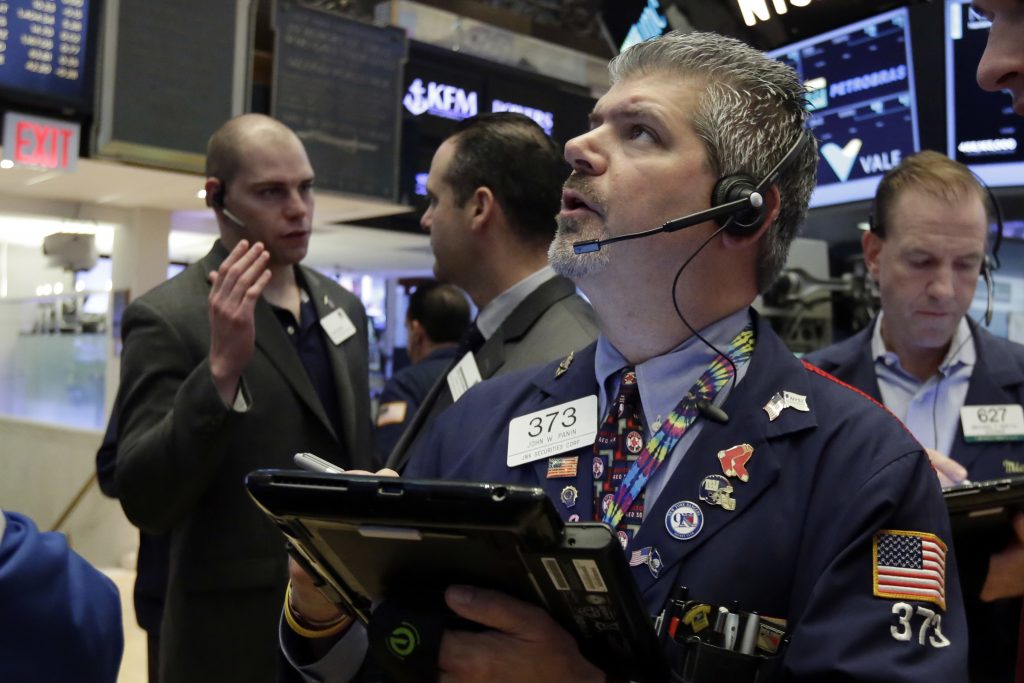 U.S. stock indexes nudged higher Friday after energy companies clawed back some of their sharp losses from earlier in the week.

Energy stocks led the way, and those in the S&P 500 climbed 0.8 percent for the largest gain of the 11 sectors that make up the index.

Friday’s gains, though, weren’t enough to keep energy stocks from closing out their worst week in nine months. They had earlier sunk four straight days as oil dropped to its lowest price since August on expectations that the world has more crude supplies than users need. Energy stocks lost 2.9 percent over the course of the week.

What kept broad indexes afloat for the week were big gains for health-care and technology stocks. The S&P 500 rose 0.2 percent for the week.

Health-care stocks climbed as the Senate unveiled its proposal to revamp how Americans get medical care. Technology companies, meanwhile, are forecast to report strong growth in the upcoming earnings season, and Oracle’s profit report on Wednesday sailed past analysts’ expectations.

“In terms of the overall market, what you really worry about with oil is what it does to earnings,” said Steve Chiavarone, portfolio manager at Federated Investors. A big pickup in corporate profits has been one of the main reasons for the stock market’s continued climbs this year, and energy companies had been forecast to provide some of the strongest growth in 2017.

With the price of oil about 15 percent below where it was a year ago, energy companies’ profits may be at risk. But as long as oil’s price can hold close to where it is, “that’s good enough given that there’s corporate-profit growth everywhere else,” Chiavarone said.

Friday’s biggest decliner in the S&P 500 was Bed Bath & Beyond, which reported weaker earnings for the latest quarter than analysts had expected. The retailer’s revenue also fell short of Wall Street’s forecasts. Its shares fell $4.09, or 12.1 percent, to $29.65.

Bond prices were little changed, and yields held relatively steady. The 10-year Treasury yield dipped to 2.14 percent from 2.15 percent late Thursday. The two-year yield was flat at 1.34 percent, and the 30-year yield held at 2.72 percent.

A monthly survey revealed that a measure of economic strength in the 19-country eurozone slipped to a five-month low in June, which was below market expectations. However, the IHS Markit composite purchasing managers’ index indicated that job creation and business confidence were still robust.

Heating oil was close to flat at $1.37 per gallon, and wholesale gasoline was little changed at $1.43 per gallon.