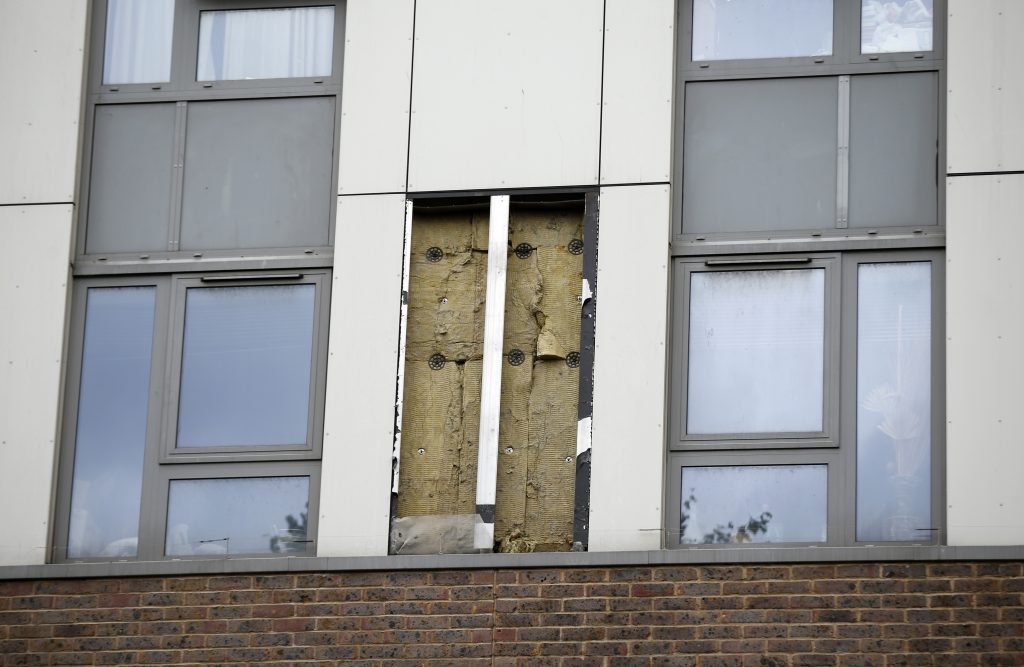 Hundreds of residents hastily packed their bags and sought emergency shelter, with many angry and confused about the chaotic situation. Some refused to leave their high-rise apartments. Scores of evacuees slept on inflatable beds in a gym while officials sought better accommodations for them.

The evacuation comes amid widening worries about the safety of high-rise apartment blocks across the country following the inferno that engulfed Grenfell Tower in west London on June 14, killing at least 79 people. Attention has focused on the 24-story tower’s external cladding material, which has been blamed for the rapid spread of that blaze, but multiple other fire risks have now been identified in some housing blocks.

The government said Saturday that the cladding samples that failed fire-safety tests came from 34 apartment towers in cities including London, Manchester, Plymouth and Portsmouth. Communities Secretary Sajid Javid said further testing “is running around the clock.”

So far, Camden Council has been the only local authority to have asked residents to leave as a precaution. It said about 650 apartments were evacuated, though initial reports put the figure at 800 apartments.

The council said residents would be out of their homes for three to four weeks while it completes fire-safety upgrades.

“I know some residents are angry and upset, but I want to be very clear that Camden Council acted to protect them,” Gould said in a statement. “Grenfell changed everything, and when told our blocks were unsafe to remain in, we acted.”

Prime Minister Theresa May, who has been criticized for her slow response to the Grenfell tragedy, said Saturday that the government was supporting Camden officials to ensure residents have somewhere to stay while building work is done.

In response, Jeremy Corbyn, leader of the opposition Labour Party, said May needed to “get a grip” and lead a stronger response to what is now a “national threat.”

Residents — including families with babies and elderly relatives — trooped out of the buildings late Friday night with suitcases and plastic bags stuffed with clothes. Council workers guided dozens to a nearby gym, where they spent the night on inflatable mattresses. Others were being put up in hotels or other housing projects.

Many residents complained about a lack of information and confusion. Officials first announced the evacuation of one building, then expanded it to five before reducing it to four. Some residents said they learned about the evacuation from the news just hours before officials came knocking on their doors.

Fire-safety experts say the Grenfell Tower blaze, which police said was touched off by a fire in a refrigerator, was probably due to a string of failures, not just the cladding, which is widely used to provide insulation and enhance the appearance of buildings.

Police said Friday they are considering filing manslaughter charges in the Grenfell disaster and they were conducting a wide-ranging investigation that will look at everything that contributed to it. The Metropolitan Police said cladding attached to Grenfell during a recent renovation failed safety tests conducted by investigators.

“We are looking at every criminal offense from manslaughter onwards,” Detective Superintendent Fiona McCormack told reporters. “We are looking at all health and safety and fire-safety offenses, and we are reviewing every company at the moment involved in the building and refurbishment of Grenfell Tower.”

The government has ordered an immediate examination of the refrigerator model that started the blaze, the Hotpoint model FF175BP refrigerator-freezer.

The government also urged building owners, public and private, to submit samples of their cladding. One hotel chain, Premier Inn, has called in experts to check its buildings.

Police say 79 people are either confirmed or presumed dead in the Grenfell blaze, although that number may change, and it will take weeks to find and identify remains. To encourage cooperation with authorities, May said the government won’t penalize any Grenfell fire survivors who were in the country illegally.