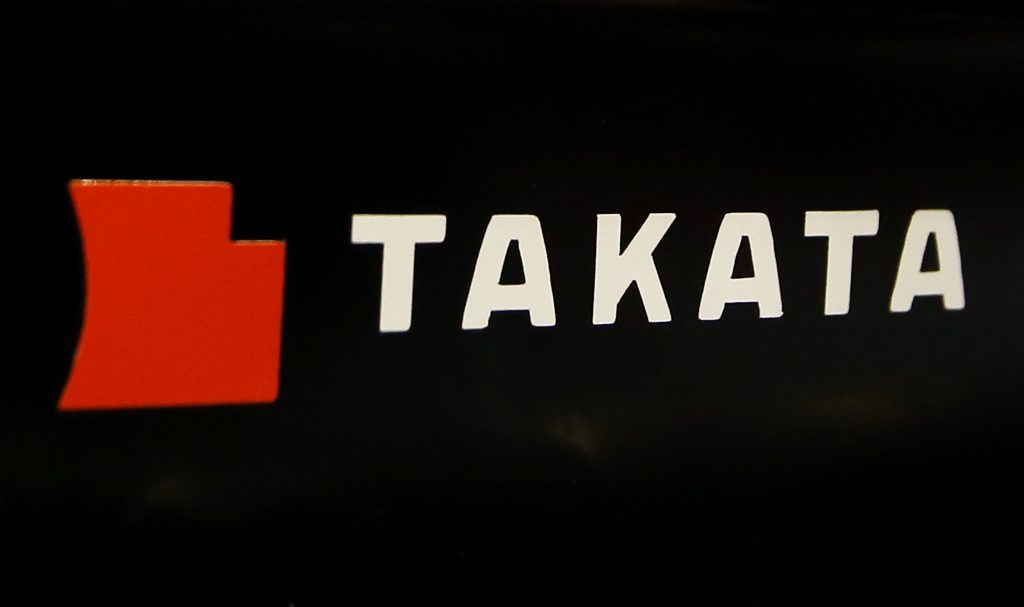 Drowning in a sea of lawsuits and recall costs, Japanese air-bag maker Takata Corp. is expected to seek bankruptcy protection in Tokyo and the United States early Monday.

Takata was done in by defective air-bag inflators that can explode with too much force, spewing out shrapnel. They’re responsible for at least 16 deaths and 180 injuries and have touched off the largest automotive recall in U.S. history. So far 100 million inflators have been recalled worldwide including 69 million in the U.S., affecting 42 million vehicles.

Rival Key Safety Systems, based in suburban Detroit, will buy most of Takata’s assets for $1.6 billion and take over its manufacturing operations to make seat belts, air bags and other automotive safety devices, according to two people briefed on the matter.

Some remnants of Takata will be folded into an entity with a different name to keep manufacturing inflators used as replacement parts in recalls, said the people, who didn’t want to be identified because the bankruptcy terms have not been made public.

The recalls, which are being handled by 19 affected automakers, will continue.

At least $1 billion from the sale will be used to satisfy Takata’s settlement of criminal charges in the U.S. for concealing problems with the inflators. It was unclear what the rest of money paid by Key will be used for. Key is owned by Ningbo Joyson Electronic Corp. of China.

One of the people briefed on the filings said that Key would get Takata’s assets “free and clear” of past or future liabilities. That makes it unclear whether anyone injured by inflators in the future would have any legal recourse against either company.

Takata’s troubles stem from use of the explosive chemical ammonium nitrate in the inflators to deploy air bags in a crash. The chemical can deteriorate when exposed to hot and humid air and burn too fast, blowing apart a metal canister.

In February, Takata pleaded guilty to fraud and agreed to the $1 billion settlement. Lawyers acknowledged in court that the company would have to be sold to fund the settlement. Automakers would get $850 million in restitution for recall costs and a $25 million fine would be paid to the government. Takata already has paid $125 million into a fund for victims.

Attorneys for those injured by the inflators worry that $125 million won’t be enough to fairly compensate victims, many of whom have serious facial injuries from metal shrapnel. One 26-year-old plaintiff will never be able to smile due to nerve damage, his attorney says.

Takata wouldn’t comment on a bankruptcy filing. As recently as last week it maintained the possibility of keeping the company in operation. A committee set up to explore restructuring has made a recommendation with Key as a suitor, but Takata’s board had not decided on that last week, Takata said in a statement.

At the end of April, only 22 percent of the 69 million recalled inflators in the U.S. had been replaced under the recalls, leaving almost 54 million on the roads, according to the National Highway Traffic Safety Administration website. This means more inflators will likely explode and more people will be hurt in the future, lawyers say.

Key, which makes inflators, seat belts and crash sensors for the auto industry, would not comment on reports that it would purchase the Takata assets.

The Takata corporate name may not live on after the bankruptcy. The company, founded in 1933, says on its website that its products have kept people safe, and it apologizes for problems caused by the faulty inflators. “We hope the day will come when the word ‘Takata’ becomes synonymous with ‘safety,'” the website says.