Technology Could Prozac Be a Treatment for Children With Autism?
Health, Science & Technology 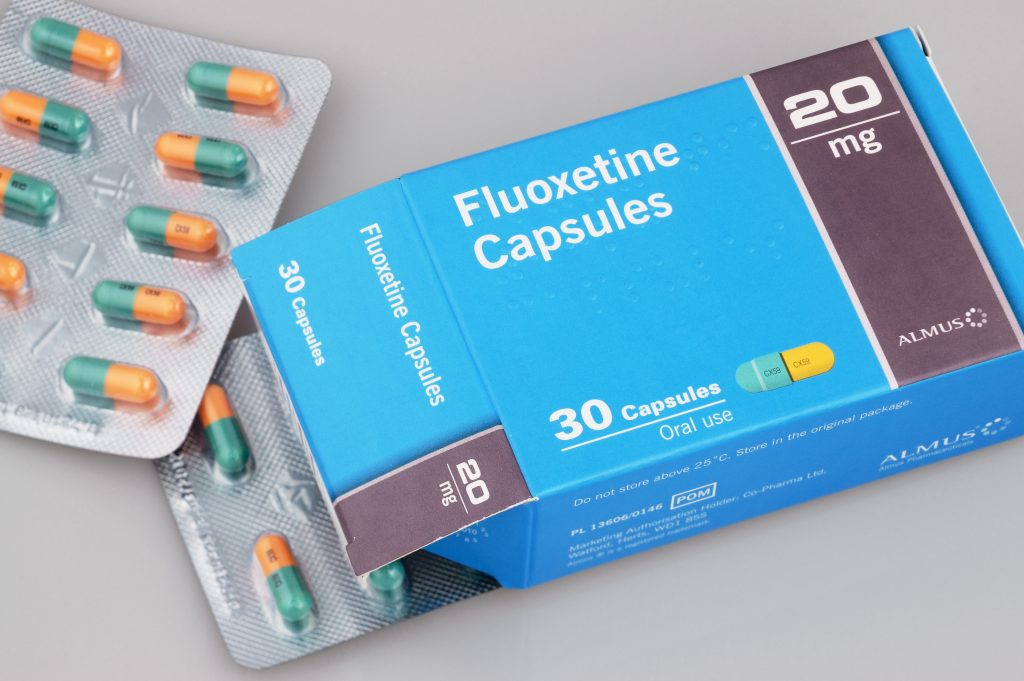 After drinking mother’s milk spiked with the antidepressant Prozac for 19 days, infant mice bred to mimic the distinctive behaviors and brain abnormalities seen in autism experienced dramatic improvements in their social interactions, communication patterns and a wide range of neurochemical peculiarities that are a hallmark of the disorder, according to a new study.

And when newborn mice got a daily injection of Prozac in their first six days of life, the treatment appeared to restore normal vocalization patterns and reduce anxiety-like behaviors well into adulthood, the new research showed.

The antidepressant Prozac, a selective-serotonin reuptake inhibitor (or SSRI), is one of the world’s most widely used medications. It is thought to elevate mood and quell anxiety by increasing the availability of the neurotransmitter serotonin in the spaces between certain types of brain cells.

Research on humans suggests that, during early brain development, those who will go on to develop autism have unusually low levels of serotonin in critical areas of the brain. The new study, published this week in the journal Science Advances, offers strong evidence that a serotonin shortage and faulty serotonin signaling play key roles in the neurodevelopmental disorder, in which social skills and verbal communication are impaired, behavior is often inflexible and sensory overload is common.

The study’s authors, from Hiroshima University and the RIKEN Brain Science Institute in Saitama, Japan, administered Prozac (also known by its generic name, fluoxetine) to the mice during the first three weeks of their lives. In a human child, the treatment period was roughly the equivalent of the span from 6 months of age to about 2 1/2 years.

At the University of California, Davis’ MIND Institute, the possibilities of SSRIs as an autism treatment are already under investigation in humans.

“This study supports what we see clinically,” said Dr. Randi J. Hagerman, medical director of the MIND Institute, which treats people with a range of neurodevelopmental disorders and conducts research on their causes and treatment.

In children between 2 and 6 years old with Fragile X, a genetic disorder that frequently causes autism, Hagerman and her colleagues have found that six months of treatment with the SSRI antidepressant sertraline (commercially marketed as Zoloft) improved the use of expressive language and other measures of cognitive function.

Hagerman said the SSRI treatment appears to boost the creation of neural connections throughout the brain, and to stimulate the growth of new neurons in children with Fragile X and autism. In a field where behavior-based treatments dominate, medications that can improve brain function hold the promise of making those behavioral interventions more effective, she said.

The authors of the Prozac study acknowledged that it would be “difficult to simply apply the strategy used in this study to humans.” Giving SSRIs to babies too young to be diagnosed with autism — much less putting it in their mother’s milk — would be ethically problematic without far more research, they wrote.

Further complicating matters is the fact that some studies have linked SSRIs in general — and Prozac in particular — to higher rates of autism in babies who were exposed to the antidepressants in utero. Those research results, however, have been inconsistent. And they have not ruled out the possibility that the genetic underpinnings of parental depression — including serotonin inadequacy — may be passed on, manifesting as autism in a child.

But in mice at least, the Japanese researchers suggested that Prozac could “restore” the structure and performance of the brain’s social, sensory and communications circuitry when a genetic transcription error has set their development on an errant course.

In the mice bred to develop autism, the early administration of Prozac increased the availability of serotonin in a structure in the midbrain called the dorsal raphe nucleus, a switching station that plays a key role in learning, memory and emotions. It restored an imbalance of activity in cells there that turn some neurons “up” and other cells that tamp down electrical firing in the brain.

Compared to peers that didn’t get Prozac, the treated mice chose to spend more time in the company of unfamiliar mice. They also showed less anxiety while exploring a maze. And as young pups, their vocalizations reflected less stress and fear.

“Restoration of normal serotonin levels” in the mice bred to develop autism “revealed the reversibility … in the adult” of some of autism’s most troubling symptoms, the study authors concluded.