Israel Nasrallah: Islamic Fighters From Around the World May Join Future Wars With Israel
Israel 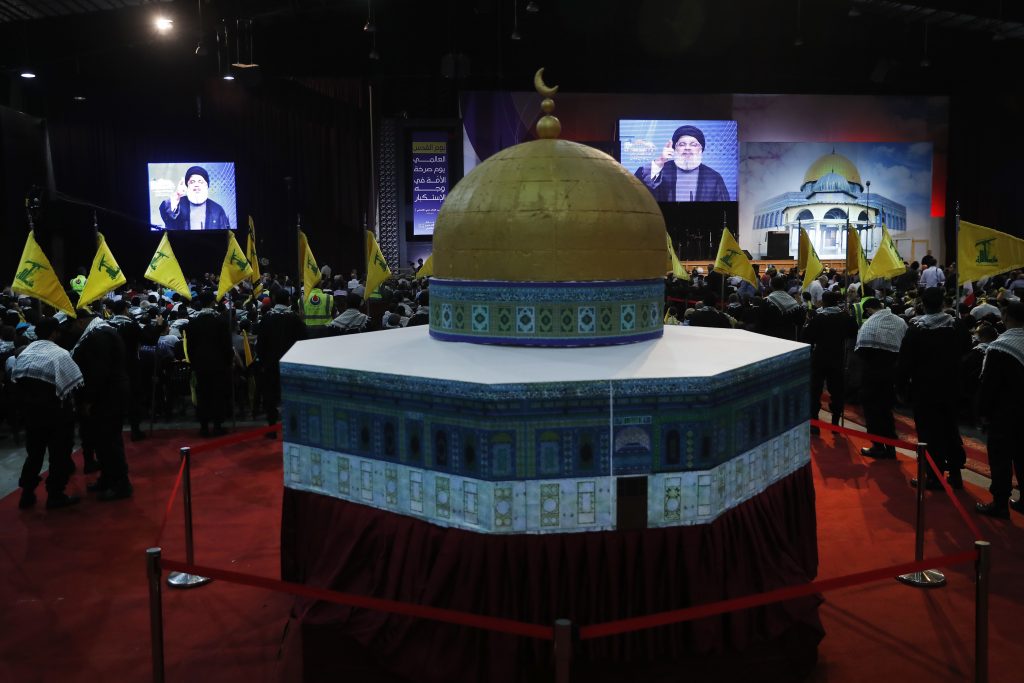 When Israeli defense officials warn of the threat from Hezbollah they usually mention the vast stockpile of rockets and missiles in the terrorist group’s possession. But the latest saber-rattling from Lebanon has taken a different tack: Hezbollah chief Hassan Nasrallah said in Beirut Friday that a future conflict with Israel could include large numbers of Shiite gunmen from around the region.

“The Israeli enemy must know that if an Israeli war is launched on Syria or Lebanon, it is not known that the fighting will remain Lebanese-Israeli, or Syrian-Israeli,” said Nasrallah in a televised speech. “This doesn’t mean there are states that might intervene directly, but this could open the way for thousands, even hundreds of thousands, of fighters from all over the Arab and Islamic world to participate.” He specifically mentioned Iraq, Yemen, Iran, Afghanistan, Pakistan as the countries from which the jihadists would come.

In the event such regional recruitment materializes, it would make up for thousands of Hezbollah casualties in the Syria fighting.

Israeli officials have been sparring with Nasrallah for months now, and warning that any Hezbollah attack on Israel would be met with overwhelming force. At the Herzliya Conference last week, IAF Commander Maj.-Gen. Amir Eshel said that the Israel Air Force could crush Hezbollah in 48 hours, and would do more damage in those 48 hours than it did in 34 days in the 2006 Lebanon war.

Presumably it would be the strategy of the IDF to respond swiftly and massively in order to pre-empt a wider conflict such as Nasrallah has in mind.