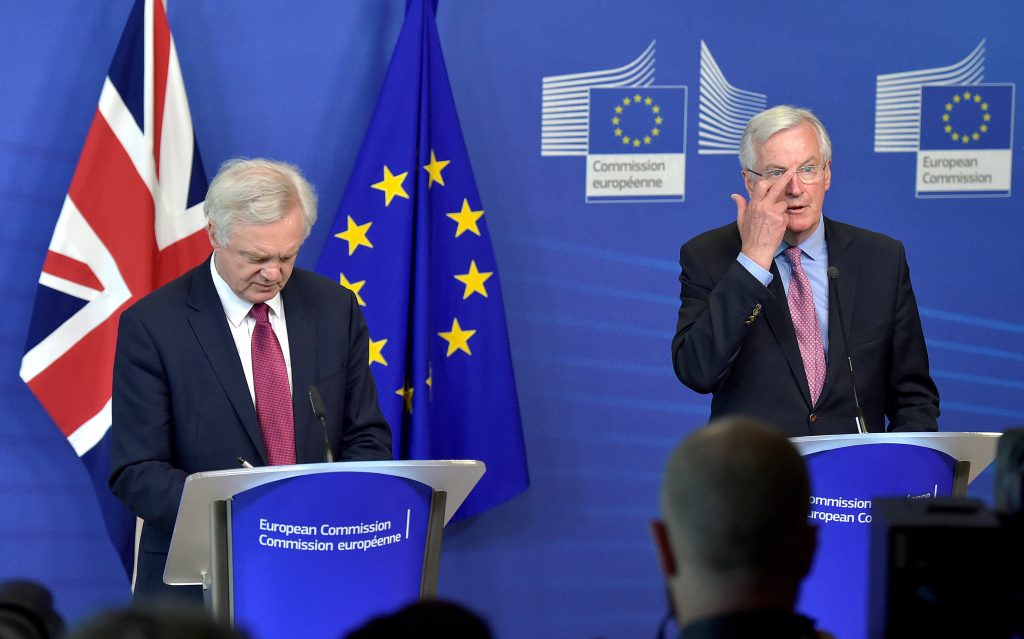 Britain’s Brexit minister David Davis said on Sunday he was “pretty sure” he could negotiate a good deal to leave the European Union, something that would require a transitional arrangement for around one or two years.

Davis, who launched the Brexit talks with EU negotiator Michel Barnier last week, also threw his support behind Prime Minister Theresa May, saying he took his share of the blame for advising her to hold an early election this month in which her Conservatives lost their parliamentary majority.

Telling members of the Conservative Party to stop being “self-indulgent” at a time when local media are rife with reports about who will replace May, he said: “I happen to think we’ve got a very good prime minister.”

Asked whether he was sure there would be a Brexit deal, Davis told the BBC’s Andrew Marr Show: “I am pretty sure, I am not 100 percent sure, it’s a negotiation … You can be sure there’ll be a deal, (but) the deal I want is the free trade agreement, the customs agreement and so on.

“I said it will be turbulent, there will be difficulties, but at the end of the operation there is a point of common interest in both sides, where we gain by being able to exploit global markets, where they gain by having a friendly and comfortable ally, not an irritating member of the club.”

May, struggling to restore her authority after the botched June 8 election, outlined her proposals on Friday to give EU citizens in Britain broadly the same rights after Brexit as they now enjoy – a plan that received a muted response.

But Davis said he expected the issue of EU citizens’ rights – seen as one of the easier parts of what will be a complicated Brexit negotiation – would be agreed “moderately quickly.”

He also said Britain wanted a transitional agreement to make sure businesses were not thrown into different trading circumstances on the day that the country leaves the EU.

“We think that there will be a transitional agreement, not that long … I think one to two years is more likely,” he said.

“Let’s start talking about how it is going to work.”