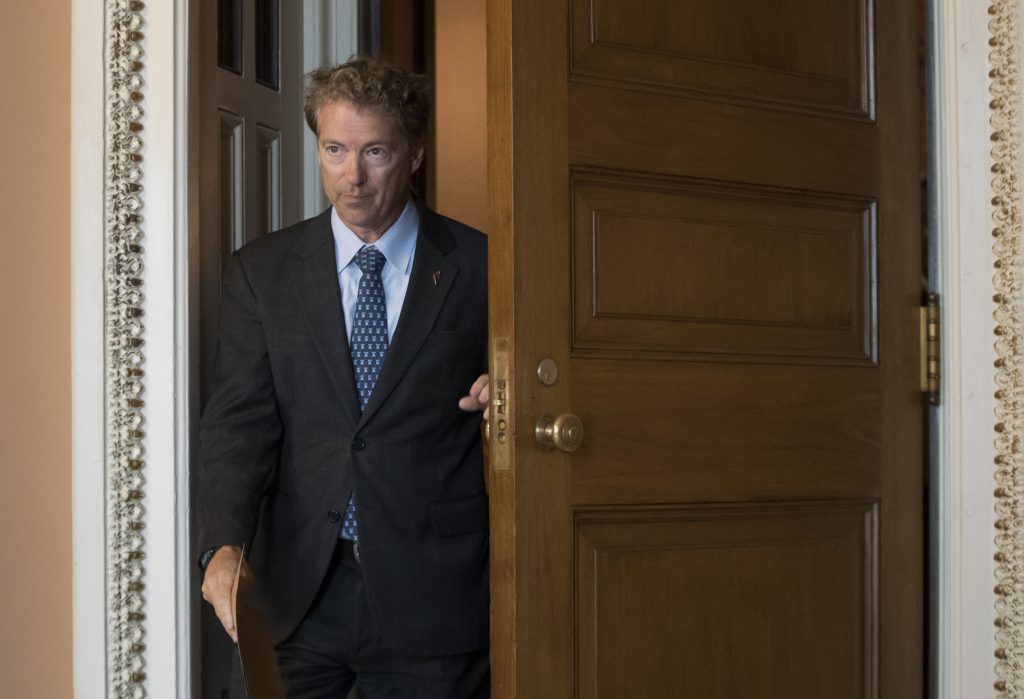 President Donald Trump acknowledged that a lack of support from four Senate Republicans leaves the party’s health-care overhaul on a “very, very narrow path” to passage, but signaled a willingness to work with them to make changes.

“It’s not that they’re opposed. They’d like to get certain changes. And we’ll see if we can take care of that,” Trump said in an interview with Fox News that aired on Friday, calling the group of conservative lawmakers “four very good people.”

Trump earlier indicated that changes may be in store for the proposal unveiled by Senate Republicans on Thursday to replace former President Barack Obama’s signature health-care law, known as Obamacare.

“I am very supportive of the Senate #Healthcarebill. Look forward to making it really special!” Trump wrote on Twitter on Thursday.

The Republican bill aims to deliver on one of Trump’s central campaign promises to “repeal and replace” Obamacare. Its fate remained uncertain since the four lawmakers’ refusal to back the Senate draft would leave Republicans short of the votes to pass it.

Democrats are united in opposition to the proposal, which was worked out in secret by a group led by Senate Majority Leader Mitch McConnell. Republicans view Obama’s Affordable Care Act as a costly government intrusion into the private marketplace.

The four holdouts, among the Senate’s most conservative members, said the plan failed to rein in the federal government’s role, highlighting Republicans’ struggle to craft legislation to revamp a sector that accounts for one-sixth of the world’s largest economy.

“I want the bill to look more like a repeal bill,” Paul told MSNBC on Friday.

Other Republicans appeared more willing to embrace it.

Senator Bill Cassidy, who is still studying the proposal and has not yet decided how he will vote, said in several TV interviews that it was a good beginning.

“If the concerns that I have and the others have are addressed, I think it will pass,” even if it takes longer than the Republican leaders’ self-imposed deadline of July 4, he told Fox News.

The White House said it is hopeful that a final bill will be finished before lawmakers leave Washington later this summer. Lawmakers are scheduled to break on July 28.

White House Press Secretary Spicer told Fox News on Friday that he thought prospects of Senate passage were “very high,” adding: “I think we’re going to get this thing done … and hopefully by the August recess really have Obamacare repealed and replaced.”

The Senate measure maintains much of the structure of a House bill passed in May but differs in several key ways. If it passes, it would have to be reconciled with the House version before Trump could sign it into law.

While Republicans control both chambers of Congress and the White House, the party’s efforts to unwind Obamacare have been dogged by internal conflicts between moderate and conservative members of the party.

Trump publicly celebrated the House bill’s passage, only to later criticize it in private as “mean.” This week he called for a health plan “with heart.”

Democrats have sharply criticized both versions as a giveaway to the wealthy that would leave millions without health insurance.

On Thursday, Obama weighed in on social media, writing: “If there’s a chance you might get sick, get old, or start a family – this bill will do you harm.”

The Senate bill’s real-world impact is still unknown, but the nonpartisan Congressional Budget Office is expected to provide an estimate early next week.

The CBO had found that the House bill would kick 23 million Americans off their health plans, making it unpopular with the public. Fewer than one in three Americans supports it, according to Reuters/Ipsos polling.