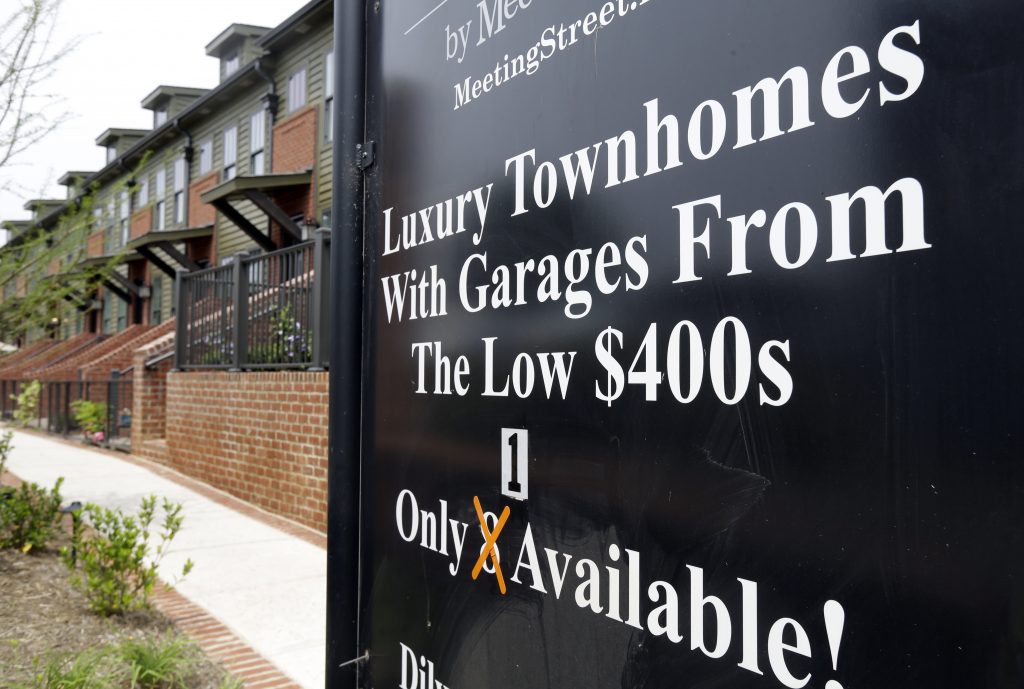 Sales of new homes rebounded in May, helped by strong sales gains in the South and West.

Sales of new single-family homes rose 2.9 percent last month to a seasonally adjusted annual rate of 610,000, the Commerce Department reported Friday. That followed a 7.9 percent drop in sales in April, which was the biggest monthly decline in eight months.

The median price of a home sold last month rose to a record $345,800, up 16.8 percent from a year ago. Prices have been increasing as demand has outstripped supply, in part because of a shortage of available building lots.

The rebound in May sales had been expected following the big April drop. Sales of previously owned homes also rose last month. The National Association of Realtors reported Thursday that existing-home sales, a much larger market than new homes, increased 1.1 percent in May to a seasonally adjusted annual sales rate of 5.62 million.

Economists noted that the May level of sales was the highest since March, and the government also revised up activity for the past three months.

“This report, along with the larger existing home sales … gives a much better tone” for the economy in the current quarter, Jennifer Lee, senior economist for BMO Capital Markets, said in a research note.

The strong demand for homes reflects a healthy labor market that has seen steady job gains, sending the unemployment rate down to a 16-year low of 4.3 percent.

The number of homes for sale rose 1.5 percent in May to 268,000, which represented a 5.3-month supply at the May sales pace, the same as April but up from a supply of 4.9 months in March.