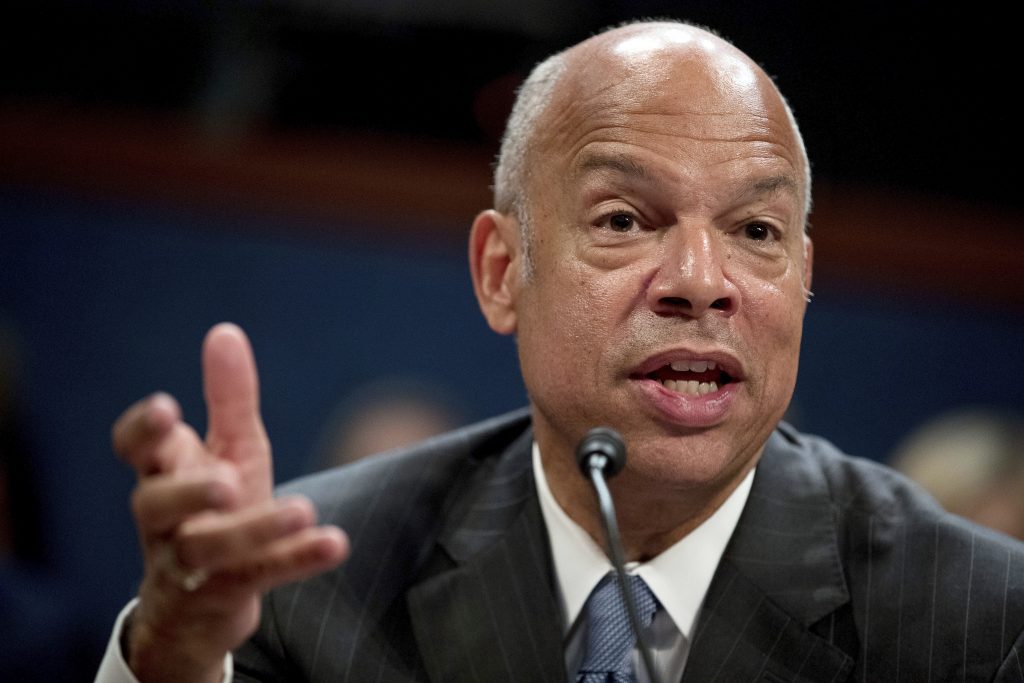 U.S. officials sought Wednesday to underscore for lawmakers the threat Russia posed to the 2016 vote for the White House, outlining efforts to hack into election systems in 21 states and to fill the internet with misinformation during a divisive campaign season.

Officials also revealed what appeared to be a breakdown in communications about how severe the threat appeared, and they reported tensions the Obama administration faced in trying to publicly warn of meddling in the face of a skeptical then-candidate Donald Trump.

“One of the candidates, as you’ll recall, was predicting that the election was going to be rigged in some way. And so we were concerned that, by making the statement, we might in and of itself be challenging the integrity of the — of the election process itself,” Jeh Johnson, the former head of the Homeland Security Department, told members of the House intelligence committee.

The testimony came during a morning of double-barreled intelligence committee hearings — one in the House and one in the Senate — that underscored the U.S. intelligence community’s months-old determination that Russia attempted to meddle in the election. The issue has become a flashpoint for the Trump administration as congressional committees and a special counsel investigate the interference and whether the Trump campaign may have become enmeshed in it.

A day earlier, Trump spokesman Sean Spicer said he has yet to know the president’s thoughts on whether Russia interfered.

“It is not for me to know to what extent the Russian hacks influenced public opinion and thereby influence the outcome of the election,” he said.

Senators said the Homeland Security Department (DHS) should reveal which state election systems were targeted by hackers since Jeanette Manfra, the department’s undersecretary for cybersecurity, demurred.

Sen. Mark Warner of Virginia, the committee’s ranking Democrat, noted that the FBI has confirmed intrusions into voter registration databases in Arizona and Illinois, and said Americans need to know the identities of the other 19 states where meddling was detected.

“I do not believe our country is made safer by holding this information back from the American public,” he said. “To have the number of states that were hacked into or attempted to be hacked into still kept secret is just crazy in my mind.”

Manfra said the department was still tracking the meddling in the 21 states and believes it’s important to protect the confidentiality of the states.

State elections officials, who testified before the Senate committee, complained that DHS could have offered more information about the hacking.

Michael Hass, the Wisconsin elections commissioner, said DHS could have been more timely — and provided more detail — on election security and threats to elections systems at the local level.

Connie Lawson, Indiana secretary of state and president-elect of the National Association of Secretaries of State, said there were three conference calls led by Johnson with top state election officials about attempts to compromise state elections systems.

She said the calls occurred on Aug. 15, Sept. 8 and Oct. 12. “Each time Secretary Johnson was directly asked about specific, credible threats and each time he confirmed that none existed,” Lawson said.

Johnson said in the late summer and into the fall, he was very concerned about the meddling in state election systems and that the department encouraged states to seek assistance from DHS. More than 30 states accepted help, but there was resistance at the state level to a designation that would have funneled needed federal resources their way.

He also said he contacted The Associated Press, which counts votes, and its CEO, Gary Pruitt.

“Prior to Election Day, I also personally reviewed with the CEO of The Associated Press its long-standing election-day reporting process, including the redundancies and safeguards in its systems,” Johnson said.

Johnson said he doesn’t know whether the hacking of the Democratic National Committee’s emails and other Moscow-directed interference “did in fact alter public opinion, and thereby alter the outcome of the presidential election.” He said he was frustrated that DHS learned of the hack into the DNC late in the game and said the committee refused help because it was using a private cybersecurity firm.

“In retrospect, it would be easy for me to say that I should have bought a sleeping bag and camped out in front of the DNC in late summer,” Johnson said.