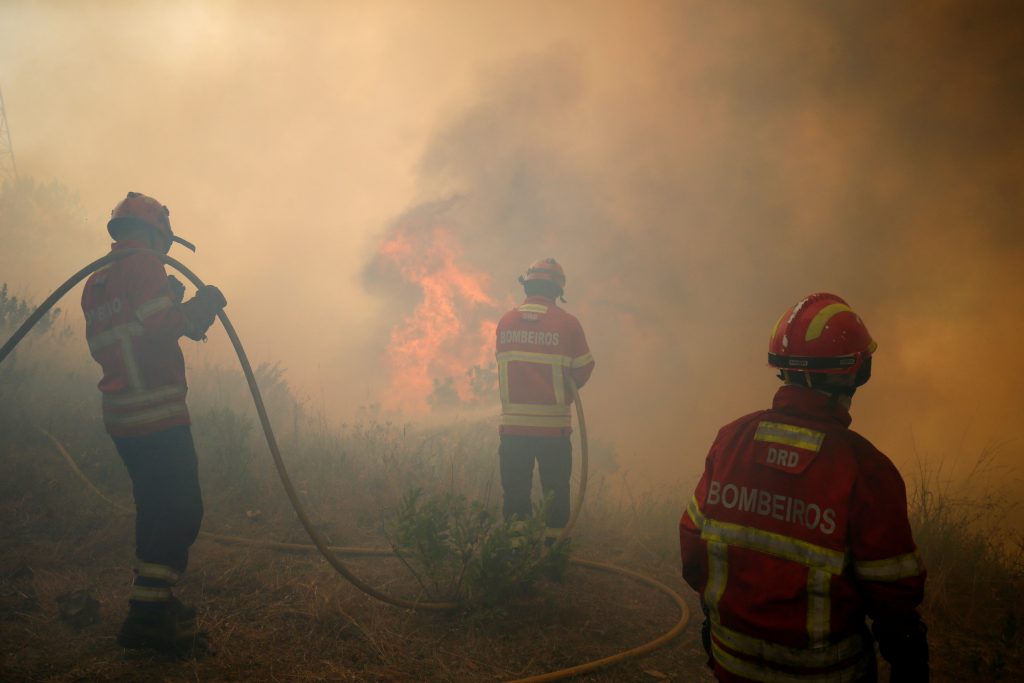 Official reports on Portugal’s deadliest natural disaster in decades have described freak conditions that drove the wildfire that killed 64 people, while Portuguese authorities said Thursday they have contained a second fire that raged for five days close by.

More than 2,000 firefighters and some two dozen water-dropping aircraft fought the two fires for days and nights amid strong winds and temperatures above 104 degrees as the country’s annual wildfire season started earlier than usual. Traditionally, emergency services gear up for major fires from July 1.

Several official investigations are assessing the disaster response, including why 47 of the deaths on Saturday night occurred on a country road as people fleeing the flames in their cars were engulfed by the blaze.

In an initial report at the request of Prime Minister Antonio Costa, the Portuguese weather agency IPMA said the fire spread so quickly because of “exceptional” conditions.

The agency blamed the dynamics of the wildfire itself and atmospheric instability at the time, which created a “downburst” — an unusually strong wind that blows down toward the ground and sprays embers across a broad area.

On Monday the head of the national judicial police said a lightning strike is believed to have sparked the blaze after investigators found a tree that was struck.

The weather agency’s report was posted on the government’s website late Wednesday along with another report from the National Republic Guard, known by its acronym GNR, a paramilitary police force that patrols rural areas.

Responding to questions why the EN 236-1 road where the deaths occurred was not closed, the GNR report said its officers had “no indication or information” of risk there. It added that there were “difficulties with (all) communications” at the time — presumably a reference to both radio and cellphone links.

It said there were “freakish” weather conditions, with the fire suddenly spreading very quickly, that “took everyone by surprise.”

Amid demands for explanations, Interior Minister Constança Urbano de Sousa, who oversees the emergency services, said it would be “cowardly” for her to resign. She told public broadcaster RTP in an interview that she intends to sort out what went wrong and fix it.

The Civil Protection Agency said Thursday that a wildfire at Gois, about 95 miles north of Lisbon, was finally under control. The deadly blaze at Pedrogão Grande, about 12 miles away, was contained Wednesday.

Hundreds of firefighters remain on standby at both fires to prevent them from reigniting. Officials said the two blazes blackened about 99,000 acres of woodland.