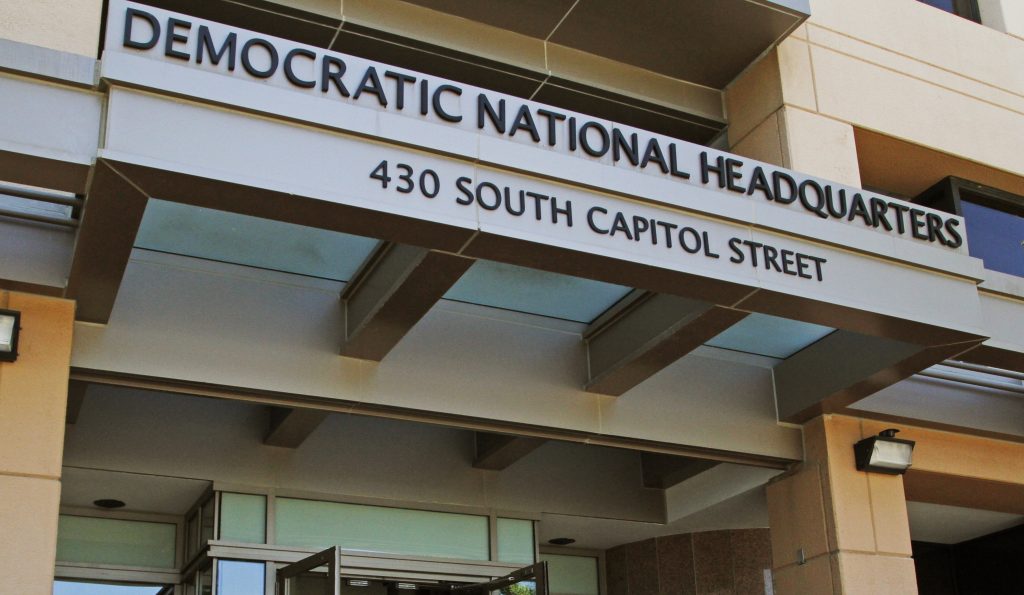 Minority Leader Nancy Pelosi defended her leadership, and her job, on Thursday in the face of needling from President Donald Trump and grumbling from fellow House Democrats exasperated after a high-profile special-election loss.

“So you want me to sing my praises, is that what you’re saying?” the California Democrat remarked dismissively to reporters when asked why she should stay on as leader. “Well, I’m a master legislator. I’m a strategic, politically astute leader. My leadership is recognized by many around the country.”

“That is why I’m able to attract the support that I do, which is essential to our elections, sad to say,” Pelosi added, in a reference to her unparalleled fundraising hauls.

Pelosi’s defiant comments came as Democrats remained angry and divided after throwing some $30 million into a House race in Georgia on Tuesday, only to end up with a loss that wasn’t even very close. Republican Karen Handel beat Democrat Jon Ossoff by around 5 percentage points in the suburban Atlanta district previously represented by Tom Price, now the Health and Human Services secretary.

Democrats lost another race in South Carolina that same night, and that followed previous disappointments in Montana and Kansas.

All the races were on GOP-friendly terrain. Pelosi and other Democratic leaders insisted that they demonstrated important progress by coming in a close second, and have a good shot at taking back the House in next year’s midterm elections. They must pick up 24 seats to do so.

But some rank-and-file House Democrats scoffed at such explanations and raised questions about Pelosi’s continued leadership. A group of her critics met Thursday in New York Democratic Rep. Kathleen Rice’s office, though it was not clear what if anything would come of it.

“If we take back the House in 2018 then I think she’d stay leader,” said Rep. Ruben Gallego (D-Ariz.). “If we don’t, then I think it’s incumbent upon her and all of us to reassess who our leadership should be.”

President Trump himself weighed in over Twitter Thursday morning with digs at Pelosi and Senate Minority Leader Chuck Schumer of New York.

“I certainly hope the Democrats do not force Nancy P out. That would be very bad for the Republican Party – and please let Cryin’ Chuck stay!” Trump wrote.

Pelosi brushed off the tweet, contending that Mr. Trump hadn’t actually written it himself because “it’s a classic Republican line.”

In fact Pelosi, 77, has emerged as a favorite GOP bogeyman and was the target of a barrage of negative advertising in the Georgia House race, mocking her as a San Francisco liberal and tying her to Ossoff.

The apparent effectiveness of such attacks alarmed some fellow Democrats, and they show no signs of letting up. On Thursday, the National Republican Senatorial Committee sent out a press release attacking Nevada Democratic Rep. Jacky Rosen over her ties to Pelosi. Rosen is a likely candidate for Senate against the most endangered GOP Senate incumbent, Dean Heller of Nevada.

Pelosi said Republicans will always make a target of Democratic leaders, saying they did so with legendary former House Speaker Tip O’Neill and many others.

“Usually they go after the most effective leaders because they want to diminish the opportunity that we have,” Pelosi said.

“I think I’m worth the trouble, quite frankly.”

Pelosi, 77, has led the House Democratic caucus for nearly 15 years, from the minority into the majority and back again. She has beat back all comers, including last fall, when Democratic Rep. Tim Ryan of Ohio ran against her. Ryan fell well short but garnered dozens of votes, enough to underscore dissatisfaction with Pelosi and with her aging leadership team that has left promising young Democrats with few places to rise.

Pelosi also incorrectly predicted that Democrats were poised to take back the House last year, leading some of her colleagues to feel that this time around, she needs to deliver. Democrats have been chafing in the minority since they were thrust there in 2010 after risky votes in favor of President Barack Obama’s initiatives including the Affordable Care Act.

But Pelosi continues to command great loyalty from many in the House, and she insisted her position was not in jeopardy.

“I feel very confident in the support that I have in my caucus,” she said. “We don’t agonize. We organize. So let’s get started on winning the races where we really do have a chance.”