Israel New Building Back on Track Over Green Line
Israel 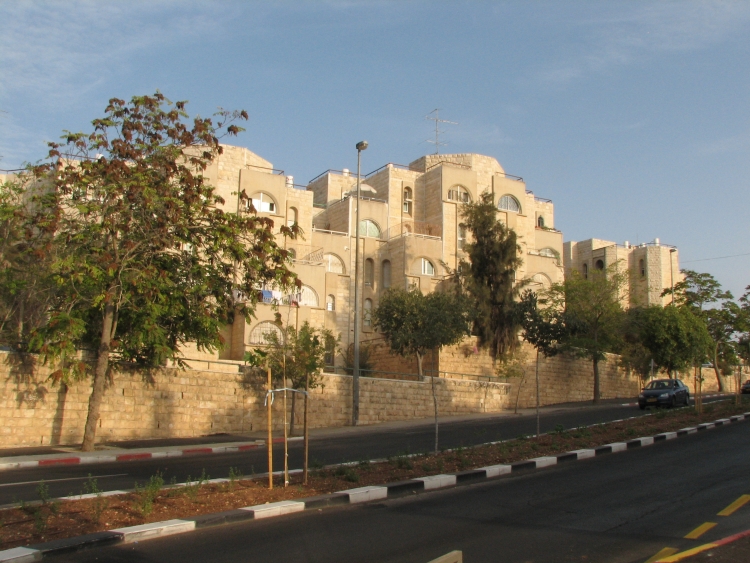 The on-again off-again building policy of the Israeli government was apparently on-again Thursday as a reported de facto freeze on new housing over the Green Line was rescinded with an announcement by the Yerushalayim municipality that the plans for 6,000 units will go forward.

Prime Minister Binyamin Netanyahu also reportedly approved on Thursday the construction of 300 homes in Beit El, which would be the fulfillment of a 5-year-old promise to that community.

Earlier this week, the government reportedly ordered a freeze on the 6,000 previously approved housing units beyond the capital’s Green Line, but the chairman of the Local Planning and Construction Committee said on Thursday that the plans had been unfrozen.

At question were some 2,200 units in Gilo, and several thousand more in Har Homa, and several hundred in Pisgat Zeev.

Neither the Yerushalayim municipality nor the Housing Ministry would confirm or deny the report.

Deputy Mayor Meir Turgeman, who chairs the construction committee, told Channel 2 News that he had been given the green light by the prime minister. The committee, which convenes on Wednesdays, is expected to approve the 6,000 units next week, he said.

“Yerushalayim very much needs apartments [and it] is unreasonable that in the era of the Trump administration, which says it has no problem with building in Yerushalayim, there should be an order not to build here,” he said.

The news will add to the Palestinian consternation over the Trump administration’s unwillingness to condemn the building of Amichai, the first such new community in Yehudah and Shomron in 25 years.

“President Trump spoke about establishing a joint committee of five [representatives from each side], and we want to make progress on it. But first of all, we need to understand from the administration what is its position concerning the issue of the settlements, if they see the settlements as the main and most serious obstacle to progress in any negotiations, so there is a serious problem making progress,” said a senior Palestinian official quoted in Haaretz.

“It is impossible to speak about a version that will bring the sides to serious negotiations, as long as Israel continues massive construction in the settlements with a green light from the United States, or thunderous silence in the face of this construction,” he added.