Israel Liberman: I Can’t Cover All My Promises
Israel 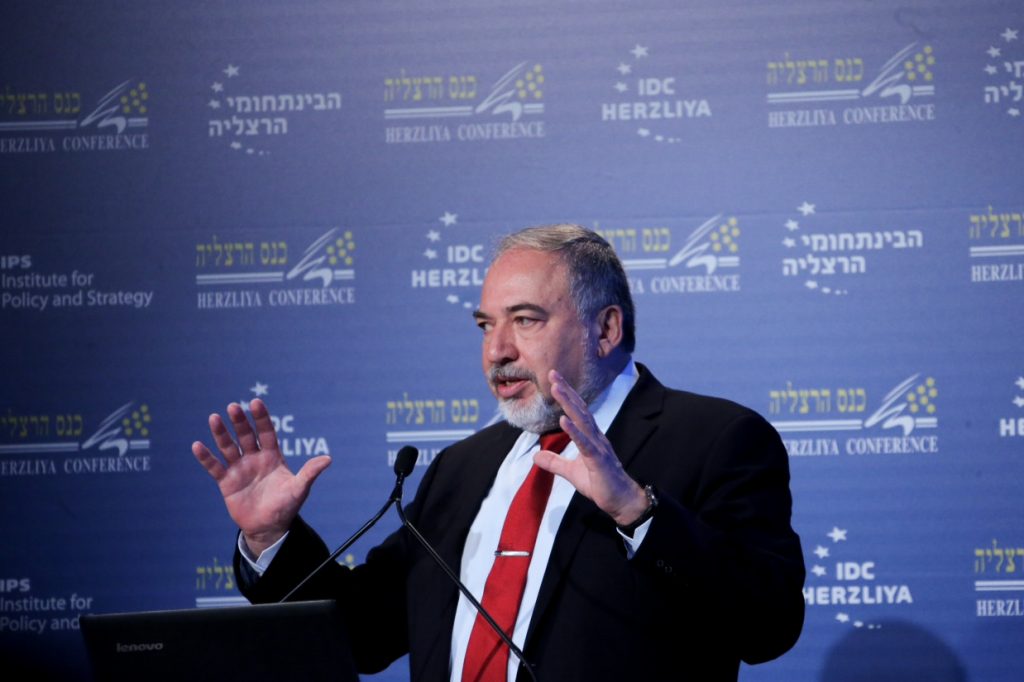 When he was appointed Defense Minister in 2016, Avigdor Liberman sported some very hawkish views, and promised much aggressive action against Hamas and Hezbollah terrorists — promises that have not come to pass, he admitted in his speech before the Herzliya Policy Conference on Thursday.

“When we left Gaza, we said that if terror emerged from there we would return and eliminate it. There were many promises made, including by myself, that we did not fulfill and back up,” he said.

Among those promises was one to eliminate recently retired Hamas Gaza chief Ismail Haniyeh, whom Liberman said would be eliminated “within 48 hours” of his appointment as Defense Minister unless the remains of IDF soldiers Hadar Goldin and Oren Shaul, Hy”d, were returned to Israel. Liberman had made that promise during the 2015 election campaign, stating that his goal was to be appointed Defense Minister — a situation that came about in May 2016.

When he was asked in March of this year by reporters about his promise, Liberman said, “Ask me about Haniyeh after I finish my term as defense minister.” Haniyeh recently stepped down as head of Hamas Gaza to head up Hamas’ international operations in Qatar, presumably unharmed.

Neither the Palestinian Authority nor Hamas is interested in coming to an agreement with Israel, and as a result, the current defensive and offensive policies will have to remain in place. The Gaza electricity crisis, he said, is “an internal Palestinian one that we do not need to force our way into.” PA chief Mahmoud Abbas “intends to continue to cut aid to Gaza, and his intention is to goad Hamas into a confrontation with Israel.”

That will not happen, Liberman said. Israel has no intention of entering into a military operation against Gaza or anywhere else, “not in the summer and not in the winter, not in the north and not in the south,” he said.

A day before his speech, Agriculture Minister Uri Ariel slammed Liberman for what he said was his “much talk, no action” policies. If Liberman was unwilling or unable to carry out his 48-hour promise to eliminate Haniyeh, the least he could do is undertake an offensive campaign to bring the soldiers to kever Yisrael.

“The Goldin and Shaul families are waiting for answers on forcing Hamas to pay a price for their actions, and they want to know what has to be done to prompt those answers,” Minister Ariel told the Kol Hazman news outlet. “Hamas has commanders; why are we not taking them down? All of a sudden we have become great humanitarians?” With all the retaliations of the IDF against Hamas for its terror and rocket attacks, “not one Palestinian has been even injured” since Liberman became Defense Minister. “The Air Force is using its bombing raids of Gaza to dump munitions that have expired on the empty sand dunes of Gaza.”