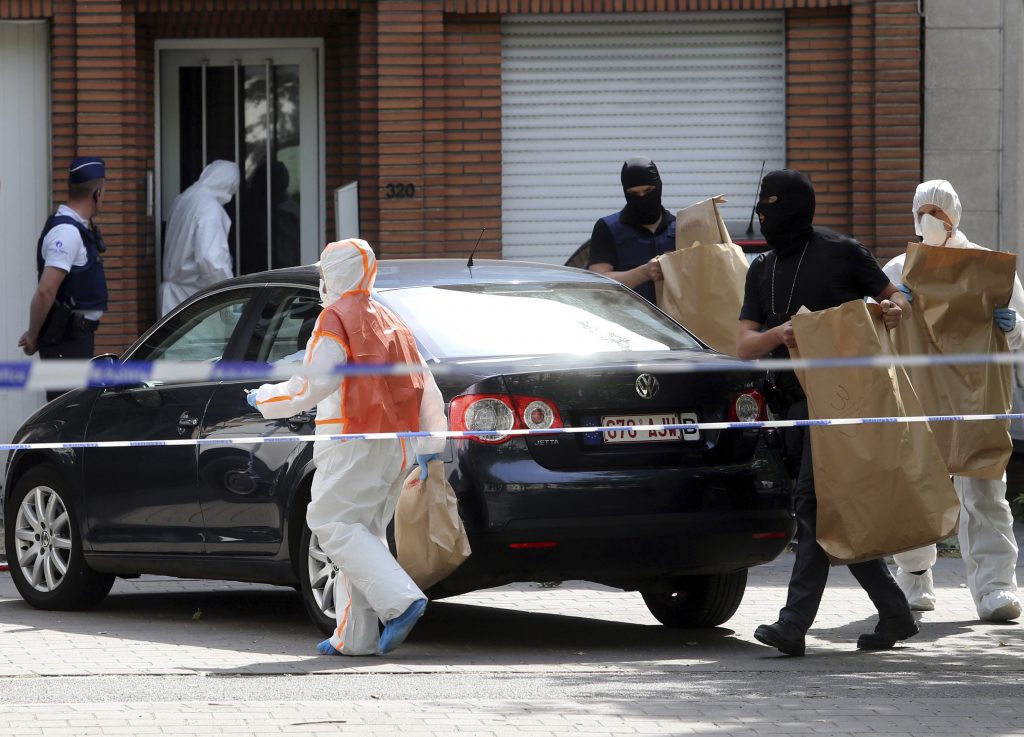 Belgian authorities said Thursday that police detained four people in a series of raids in Brussels linked to the failed bombing at a rail station this week by a man shouting “All-hu akbar.”

The federal prosecutor’s office said that the four were picked up during searches in the Molenbeek neighborhood, as well as in Anderlecht and Koekelberg. The attacker in Tuesday’s violence at Brussels Central Station was a 36-year-old Moroccan national also living in Molenbeek, but he wasn’t known to authorities for being involved in extremist activities.

Prosecutors said in a statement that the four suspects allegedly linked to the latest incident in Brussels were “taken in for thorough questioning” and that an investigating judge would decide later Thursday whether to keep them in custody. Authorities didn’t say whether anything had been seized in the raids, and declined to provide further details.

The raids are among several launched since Tuesday’s attempted attack at Brussels Central Station in which the man blew up a device that didn’t fully detonate. He was then fatally shot by soldiers after charging at them while shouting “All-hu akbar.” No one else was hurt.

Belgium has been on high alert since suicide bombers killed 32 people at the Brussels airport and a subway station last year.

Authorities said the quick shooting of the terrorist averted fatalities. He had been trying to detonate a larger nail bomb.

“It was clear he wanted to cause much more damage than what happened,” federal prosecutor Eric Van der Sypt said Wednesday. “The bag exploded twice, but it could have been a lot worse.”