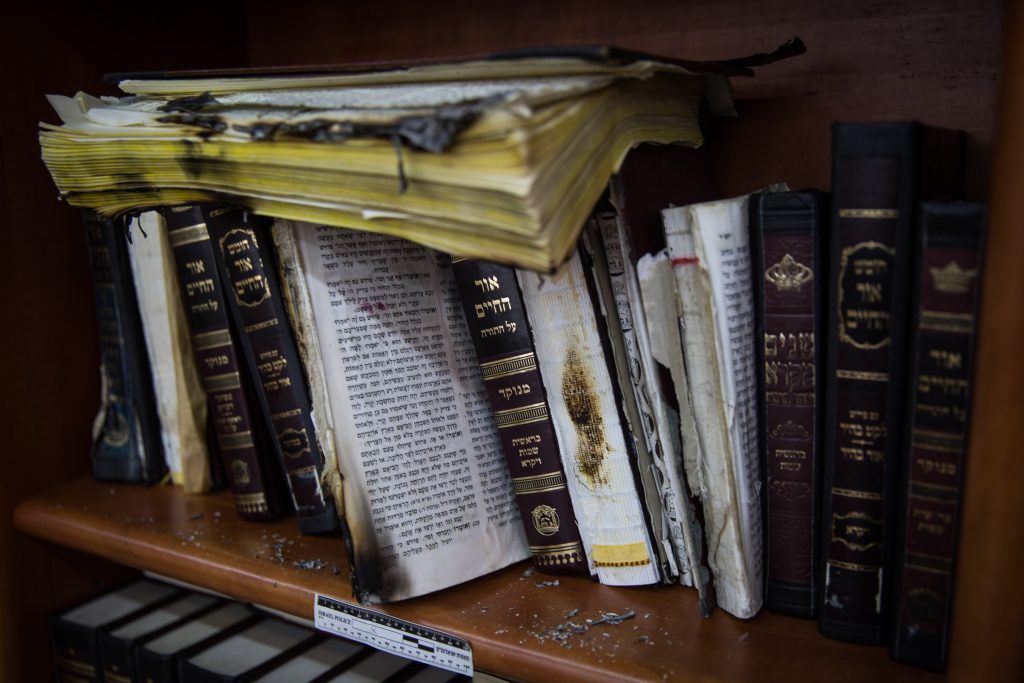 Police arrested a suspect win the desecration of the Lelov-Nikolsburg beis knesses in the Yerushalayim neighborhood Makor Boruch on Wednesday.

When mispallelim arrived at the site on Wednesday morning, they were shocked to find swastikas scrawled on the walls and some of the sifrei kodesh damaged by fire. Swastikas were later discovered painted on nearby apartment buildings as well.

Interior Minister Rabbi Aryeh Deri said, “I was horrified to hear about the disturbing act of vandalism…This is a serious attack against all of us. It is hard to believe that a terrible hate crime like this against religious Jews could take place in the heart of the state of Israel.”

Chief Ashkenazi Rabbi David Lau and Chief Sephardi Rabbi Yitzhak Yosef along with Religious Services Minister David Azoulai expressed their outrage and called on the security services to do everything to find the culprits.

“It is unthinkable that worshipers come to a synagogue in the heart of the holy city and discover such a terrible sight,” said Rabbi Lau, and called on other religious leaders to condemn the vandalism.

A police spokesperson reported Wednesday afternoon that they had taken a 38-year old man into custody, and were questioning him about the incident.