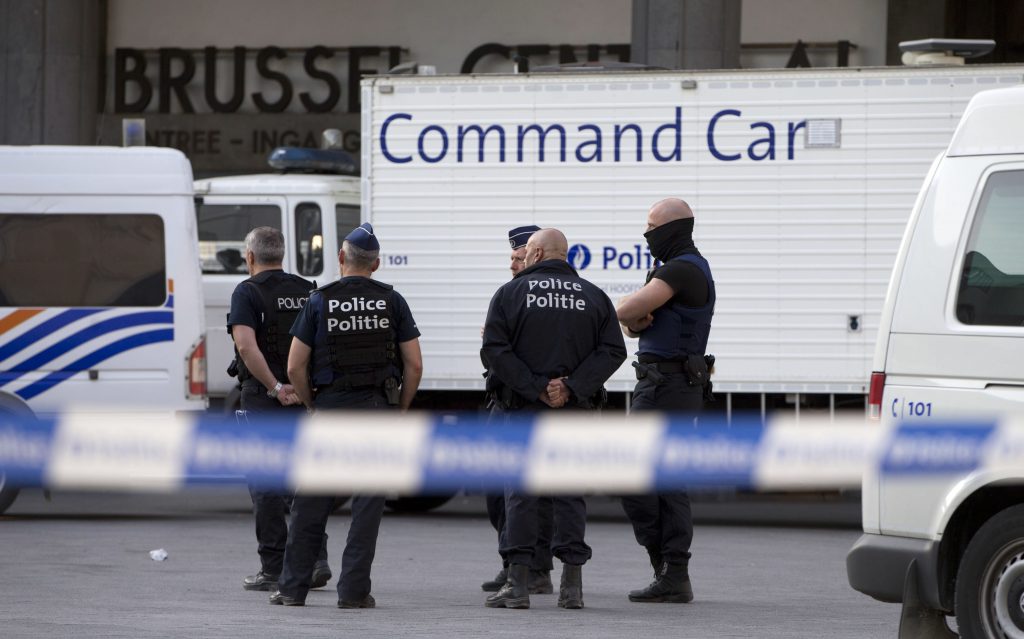 A Belgian government official said security will remain high Wednesday at Brussels rail facilities after a man blew up an explosive device at the city’s Central Station.

The man was shot by soldiers after detonating a small device there late Tuesday. He lay still for several hours while a bomb squad checked whether he was carrying more explosives. He later died. No one else was hurt.

Burn and blood marks remained on the floor at the scene, as workers continued to clean up and paint the area.

Belgian Interior Minister Jan Jambon told VRT broadcaster that it is important to address security concerns but they should avoid overreacting.

He warned “against a society where we always and everywhere will be checked. If we do that, it would be fulfilling the aim of the terrorists.”

“If you protect yourself everywhere against anything, in the end we will end up in a police state,” Jambon said.

Belgium has been on high alert since suicide bombers killed 32 people at the Brussels airport and a subway station on March 22, 2016.