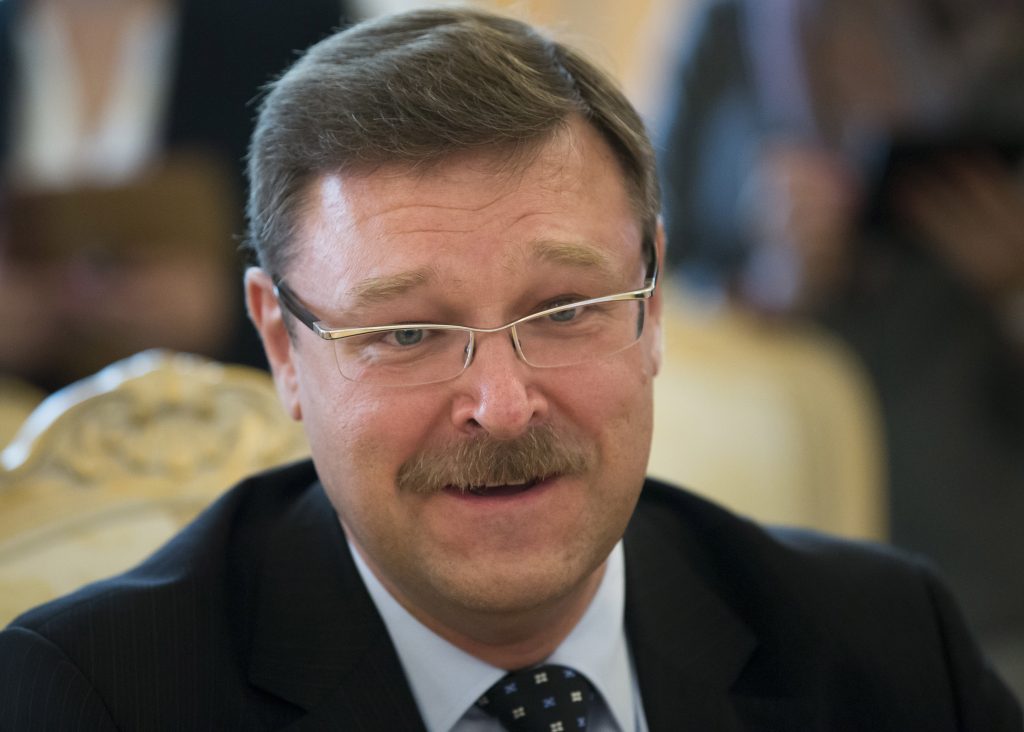 Russia is seeking Israeli assistance in persuading opposition forces in Syria to lay down their arms and enter peace talks, according to a report in The Jerusalem Post on Wednesday.

Citing Israel’s known contacts with the Syrian rebels, Konstantin Kosachev, chairman of the Foreign Affairs Committee of the Federation Council, the upper house of Russia’s parliament, argued that it would be in Israel’s interest to do so.

“If there will be violent regime change in Syria, we are sure that the new regime will not be democratic at all, but rather someone like Islamic State leader Abu Bakr al-Baghdadi, and that will certainly have a negative influence on all of Syria’s neighbors,” he said.

Kosachev was in Israel on Tuesday and Wednesday with Viktor Ozerov, the chairman of the Federation Council’s Defense and Security Committee, for meetings with their counterparts on the Knesset’s Foreign Affairs and Defense Committee.

The Russian parliamentarian claimed that his country’s involvement in Syria is benign.

“Today, Russia is the country acting in accordance with international law, and is there at the invitation of the legitimate government,” he said. “Russia is working with other countries in the region to reach a cease-fire to calm down the situation, and the countries we are working with are Iran and Turkey, with the agreement of Syria – in accordance with international norms.”

He denied that Russia was in Syria to prop up the regime of President Bashar Assad.

“We do not have the right to say what the government will be in Syria, and no one but the Syrian people can do that,” he said. “We are sure that outside interference in Syria can cause additional instability in that region and lead to situations similar to what exists in Iraq and Libya, something that will certainly strengthen the international terrorist organizations.”

Regarding Israel’s demand that Iran be prevented from establishing a permanent military presence in Syria, and that Russia should use its power to see to it, Kosachev treated it as a U.N. matter:

Israel is talking about relations between two U.N. member states “and therefore I can’t accept Israel saying that this ‘is not acceptable.’ I can accept them saying that ‘we are very concerned, and something must be done about it.’”

Asked whether Russia can indeed prevent an Iranian presence on Israel’s borders, he said, “We are not interfering in bilateral ties between countries.”