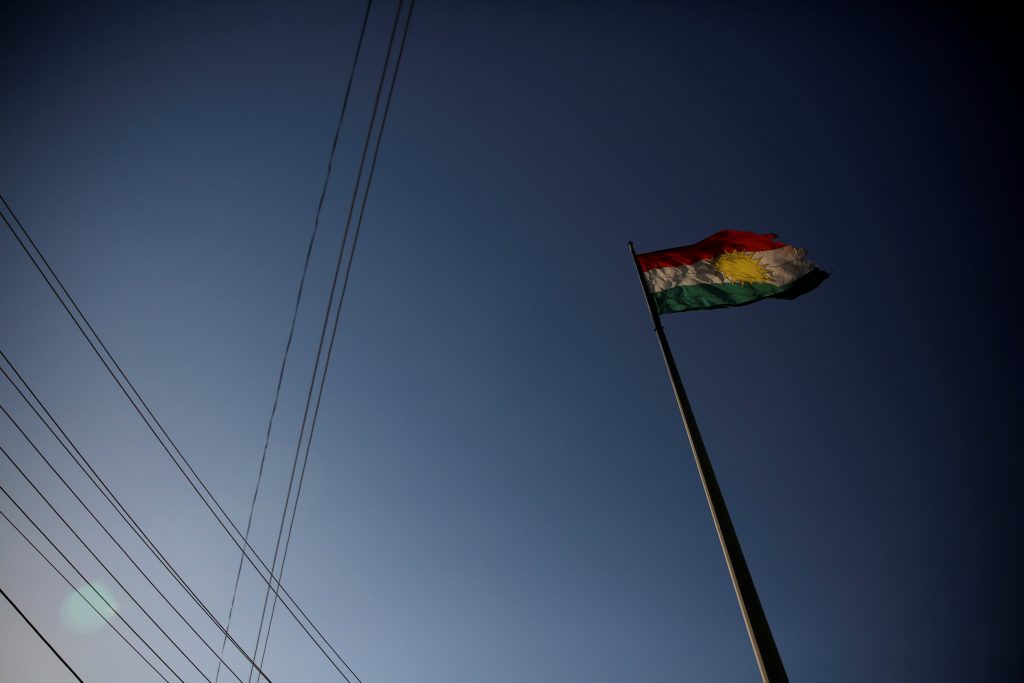 For many Iraqi Kurds, the time has come. Earlier this month, Masoud Barzani, president of the Kurdistan Regional Government in northern Iraq, said a nonbinding referendum on independence will be held on Sept. 25. Officials say they want those living within the area administered by the KRG, people in long-disputed (and oil-rich) territories now occupied by Kurdish fighters, and even members of the far-flung Kurdish diaspora, to all cast ballots on the question of whether there should be an independent Kurdistan.

For Barzani and his allies, it’s the culmination of decades of both political struggle and accommodation. For the central government in Baghdad, it’s an unwelcome move that could further undermine their already fragile state. And for Iraq’s neighbors and the United States, it only adds to their geopolitical headaches in a part of the world brimming with messy conflicts.

But leadership in Irbil, the Iraqi Kurdish capital, is adamant that their independence aspirations have to be recognized. In a meeting with a group of Washington-based journalists, Bayan Sami Abdul Rahman, the KRG’s special representative to the United States, framed the Kurdish cause in grand historic terms.

“There are changes that are sweeping the Middle East,” she said, referring to the ongoing havoc of the Syrian war, the flaring of Sunni-Shiite tensions and the regional struggle against the Islamic State. She pointed out that after World War I, amid political upheaval and the redrawing of the Middle Eastern map, Kurds were left stateless. “Changes happened also about 100 years ago, and the Kurds were bystanders. We are not going to be bystanders again.”

There are almost 30 million ethnic Kurds living in Turkey, Iraq, Iran and Syria. Only in Iraq are their dreams of statehood buttressed by real political power – as well as a groundswell of sympathy, if not clear support, from overseas. The United States and other Western powers have had longstanding security ties with the KRG; its “peshmerga” units have been vital allies in the ground war against the Islamic State.

Abdul Rahman was quick to caution that the referendum would have no bearing on the status of Kurdish independence movements elsewhere.

The Kurdish leadership in Iraq didn’t force the issue of independence after the 2003 U.S.-led invasion. They signed onto the new Iraqi constitution in 2005, which declared Iraq a federal, democratic republic in which its mixed ethnic and religious communities would find equal footing in governance. But the crises of the intervening years have dashed whatever faith Kurds had in the Iraqi federal project, Abdul Rahman said.

Nevertheless, even after the pro-independence camp wins the referendum – as is widely expected – she said Irbil isn’t “planning to declare independence the day after.” Instead, they want to enter negotiations with Baghdad armed with an electoral mandate.

“The ultimate aim is to have a negotiated settlement with the government of Iraq,” Abdul Rahman said.

That government, led by Prime Minister Haider al-Abadi, is not keen on entertaining the notion. Abadi insists the timing of the vote is wrong. He has said attempts to apply the referendum to disputed territories like the city of Kirkuk would be illegal – and he’s not alone. The second-biggest political party in Iraqi Kurdistan has so far opposed the referendum, a stance that’s part of a wider internal political crisis in the region.

The Kurds’ usual allies aren’t thrilled, either. The European Union cautioned against Irbil taking “unilateral steps,” while the United Nations distanced itself from having any role in the referendum. The State Department said that it supported a “united, federal, stable and democratic Iraq” and warned that the referendum would distract from the “more urgent priorities” of fighting the Islamic State.

“This is what we expected. We’d hoped, of course, for a more positive response,” Abdul Rahman said. “But the pattern of independence movements elsewhere has shown that that’s the pattern. Nobody wants borders to change; nobody wants anything to change.”

But change, she and her colleagues argue, is inevitable. As it is, the power of the Iraqi government does not extend much farther north beyond Mosul, the city where a bloody government offensive against the Islamic State is still ongoing, backed by the peshmerga.

The KRG, blessed with oil wealth and many foreign friends, has a stronger hand than independence movements elsewhere. And it has a beguiling story to tell: that of an independent state that is a close partner to Baghdad, a Middle Eastern proxy for NATO and a pillar of stability in an unstable land. Abdul Rahman said it would also embrace its own form of ethnic pluralism.

“You can be Kurdistani and be Assyrian or Turkman or even Arab in places like Kirkuk,” Abdul Rahman said. “Not everyone in Kurdistan is Kurdish.”

She also believes the time is now to push for independence. Iraq will likely hold elections next year, and Abdul Rahman points to the threat of an intolerant Shiite majority government once more taking hold in Baghdad. She also raised concerns over the predominance of Iran-backed Shiite militias in parts of northern Iraq that are contested by the Kurds.