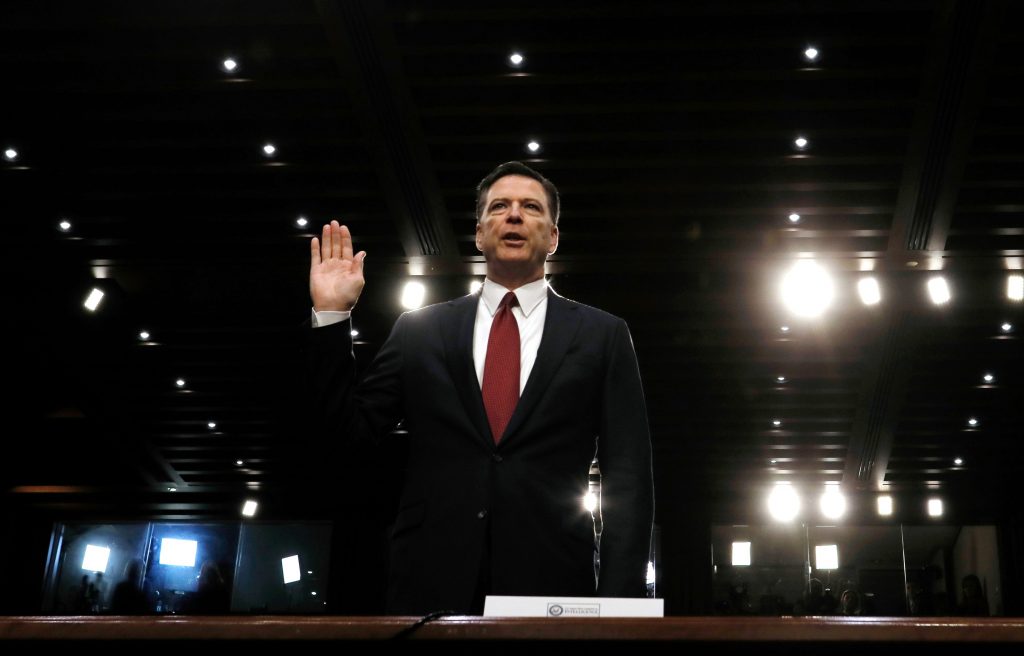 President Donald Trump is expected to make an announcement in the coming days on whether any recordings exist of his private conversations with former FBI Director James Comey, potentially bringing to an end one of the central mysteries of the ongoing probe that has consumed his White House.

White House press secretary Sean Spicer said Tuesday that he expects an announcement “this week” on the possibility of tapes. The president fired Comey in May and then tweeted that the lawman, who was overseeing the investigation into possible contacts between Trump’s campaign and Russian officials, “better hope that there are no ‘tapes’ of our conversations before he starts leaking to the press.”

President Trump and his aides have since then steadfastly refused to clarify that extraordinary if ambiguous warning. The president last month told reporters that “I’ll tell you about that maybe sometime in the near future,” but offered no hints as to whether the tapes exist, except saying that some journalists would “be very disappointed” to find out the answer.

The House intelligence committee has asked White House counsel Don McGahn to provide an answer to the question about tapes by Friday. Under a post-Watergate law, the Presidential Records Act, recordings made by presidents belong to the people and can eventually be made public. Destroying them would be a crime.

Comey testified before the Senate that President Trump asked for his loyalty and asked him to drop the probe into former National Security Adviser Michael Flynn. Some have raised the possibility that President Trump’s request constituted obstruction of justice, but the president has yet to produce the tapes that could theoretically clear his name.

The investigation was originally launched to look into Russia’s meddling in the 2016 election. President Trump has at times cast doubt on that conclusion, and Spicer said Tuesday that he has yet to discuss with the president whether he believes that Moscow was behind the election interference.

“I have not sat down and talked to him about that specific thing,” Spicer said.

America’s top intelligence officials have concluded that Russia undoubtedly interfered in America’s 2016 presidential campaign. Characterizing it as the “high-confidence judgment of the entire intelligence community,” Comey testified that there is no doubt that the Russians meddled “with “purpose,” ”sophistication” and technology. Trump, meanwhile, has dismissed investigations into the meddling and potential collusion with his campaign associates as a “witch hunt.”

Robert Mueller, the special counsel now overseeing the investigation, met Tuesday with the leaders of the House Intelligence committee. Reps. Mike Conaway, R-Texas, and Adam Schiff, D-Calif., issued a brief statement confirming the meeting but providing no details about their discussion.

One reason for the Capitol Hill meetings is to ensure there is no conflict between Mueller’s probe and the work of the congressional committees.