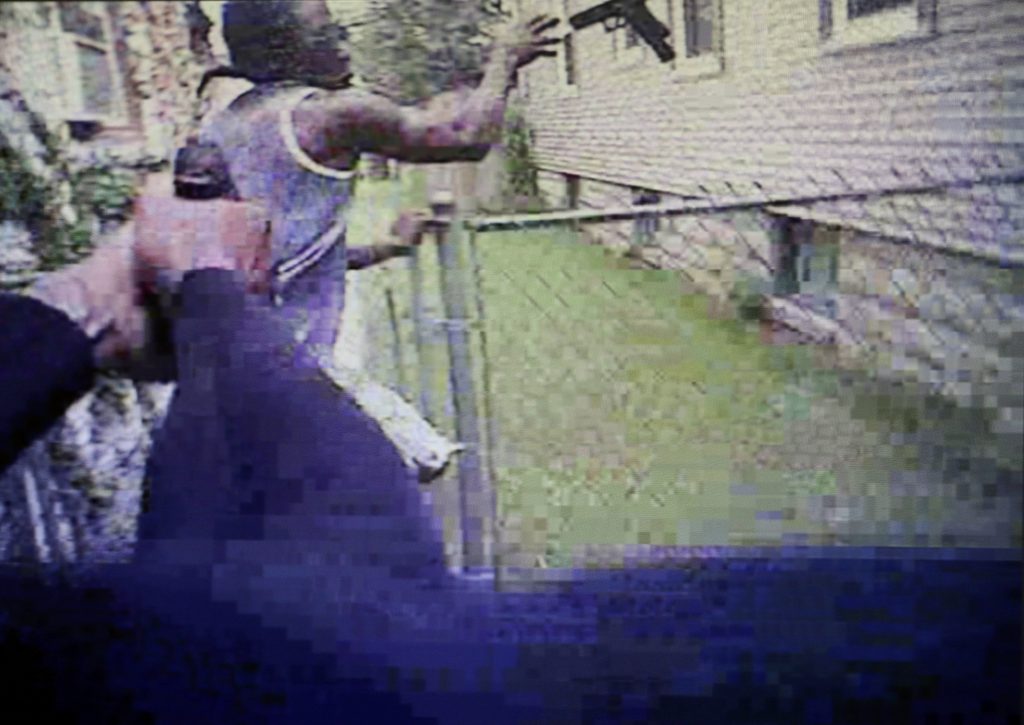 A Milwaukee jury on Wednesday acquitted a former police officer of first-degree reckless homicide in the shooting of a black man last year that ignited riots on the city’s north side.

Jurors found that Dominique Heaggan-Brown, who is also black, was justified when he shot 23-year-old Sylville Smith after a brief foot chase following a traffic stop Aug. 23. Smith had a gun when he ran, but the case hinged on whether he was a threat when Heaggan-Brown fired the shot that killed him.

Body-camera video showed Heaggan-Brown shooting Smith once in the arm as he appeared to be throwing the gun over a fence. The video showed the second shot — 1.69 seconds later — hit Smith in the chest as he lay on the ground.

Prosecutors argued Smith was defenseless at the time of the second shot because he had thrown the gun over the fence. Defense attorneys argued Heaggan-Brown had to act quickly to defend himself.

Heaggan-Brown was fired from the police force in October after being charged with assault in an unrelated case. The assault case was not mentioned during the trial because it is being handled separately and knowledge of it could prejudice the jury.

Smith’s death brought to the surface long-simmering tensions between black Milwaukee residents and police, and demonstrators assembled near the site of the shooting in Sherman Park hours after it happened.

Two nights of riots followed, with protesters throwing rocks, bricks, and bottles at police officers. The protesters burned eight businesses and a police car and when it was over, 40 demonstrators had been arrested and a handful of officers hurt.

In the encounter with Smith, Heaggan-Brown and two other officers had approached Smith’s rental car because it was parked more than a foot from the curb and they believed an illegal substance deal was about to take place.

In Heaggan-Brown’s bodycam video, he began chasing Smith immediately after stepping out of his patrol car.

Heaggan-Brown’s camera shows him briefly pointing the gun at Smith as he begins the pursuit. He put his gun back in his holster as Smith turned into a path between two houses.

Smith slipped and fell near a fence, dropping his gun. He started reaching for it as he stood up, with his left hand holding the fence.

When the video is slowed frame-by-frame, Smith is seen holding the gun by the barrel to throw it over the fence. Prosecutors argued that Smith no longer posed a threat.

The two shots by Heaggan-Brown came in quick succession, striking Smith once in his right arm and then the fatal shot to the chest.

The acquittal comes less than a week after a Minnesota officer, Jeronimo Yanez, was cleared of manslaughter by a jury in the fatal shooting of a black motorist. Yanez testified that the motorist, 32-year-old Philando Castile, disregarded his commands not to pull out a handgun Castile had informed him he was carrying.