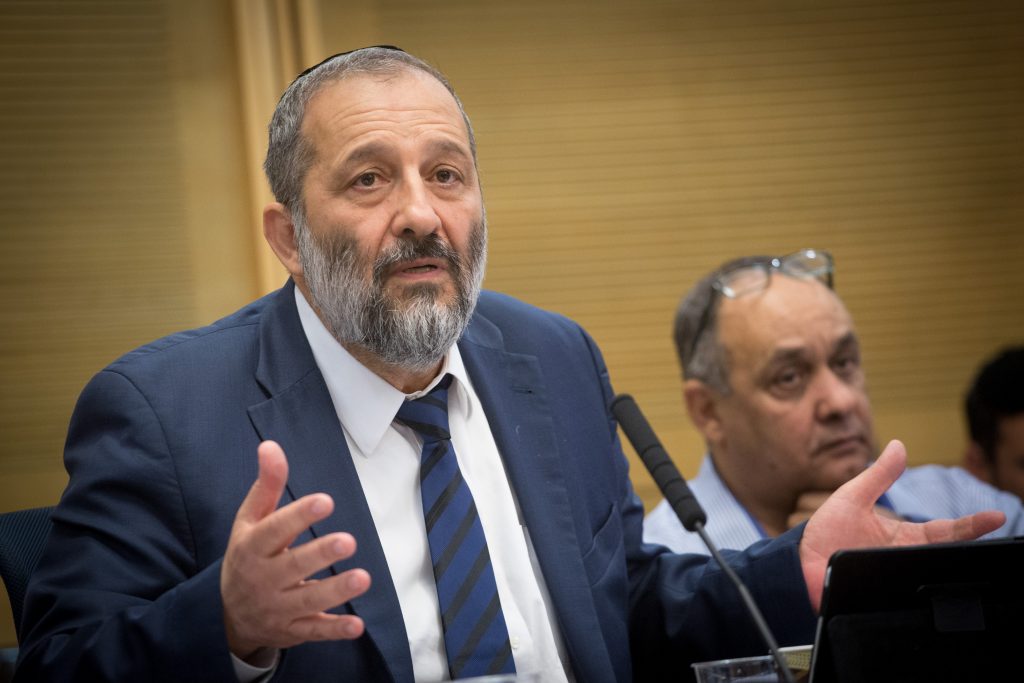 After years of struggling with an influx of illegal migrants from Africa, Israel now faces a similar problem, though this time from a different direction — Georgia and Ukraine.

Interior Minister Rabbi Arye Deri informed the Knesset on Wednesday that the problem of illegal entries from Georgia and Ukraine has now surpassed that of the Africans. He said there are 79,000 people from the two Eastern European countries residing illegally in Israel, more than twice the number from north Africa.

The minister described to the Knesset Interior Affairs Committee the criminal scheme that brings them to Israel: The immigrants pay a company $5,000, the company arranges tourist visas and flights to Israel, and then buses them to South Tel Aviv, where they apply for refugee status.

“Once they apply, they can’t be deported until the request is reviewed, and the lines are long,” Rabbi Deri explained. “A year ago, I decided to declare Georgia as a country to which there is nothing preventing us from sending back people who came from there illegally.

“We have a fast process of refusal within a few days…We’re waiting for the Justice Ministry and Foreign Ministry to start the same process with Ukraine.”

He added that the ministry has also begun to combat the problem at its source. “We began a public relations campaign in Georgia to explain that they’re being tricked,” he said.

Despite an ongoing repatriation program, there are 39,000 still in the country, not including children. But the trend has been reversed. Since January 2016, 18 have entered Israel and 5,000 left.

Those who remain continue to pose a major social, legal and law enforcement challenge.

“I’m still traumatized by my last trip to south Tel Aviv,” Rabbi Deri said. “Seeing something is so much more powerful than simply hearing about it.

“There is a totally different country in south Tel Aviv, 600 feet from a different reality. The feeling is that the infiltrators have taken over and you are a foreigner in your own country.

“Israel is not built to absorb work infiltrators, and other than people from Darfur, they are infiltrators that have to go back to where they came from. They entered illegally, and it’s my job to take them out,” he stated.

MK’s on the left were, as usual, more sympathetic.

During the hearing, a resident of southern Tel Aviv complained about the high rate of violent crime perpetrated by illegal migrants. He shouted, “I am asking the left: you support two states for two nations in order to allow Israel to remain a Jewish and democratic state — how do you legitimize these infiltrators, are they Jews?…”

Interior Committee chairman David Amsalem (Likud) said the committee will call on Public Security Minister Gilad Erdan to increase the number of police officers in south Tel Aviv, and for the Interior Ministry to hire more people to deal with refugee application statuses.

In addition, Amsalem said that Prime Minister Netanyahu should hold a cabinet meeting to discuss an overall plan to address the issue.