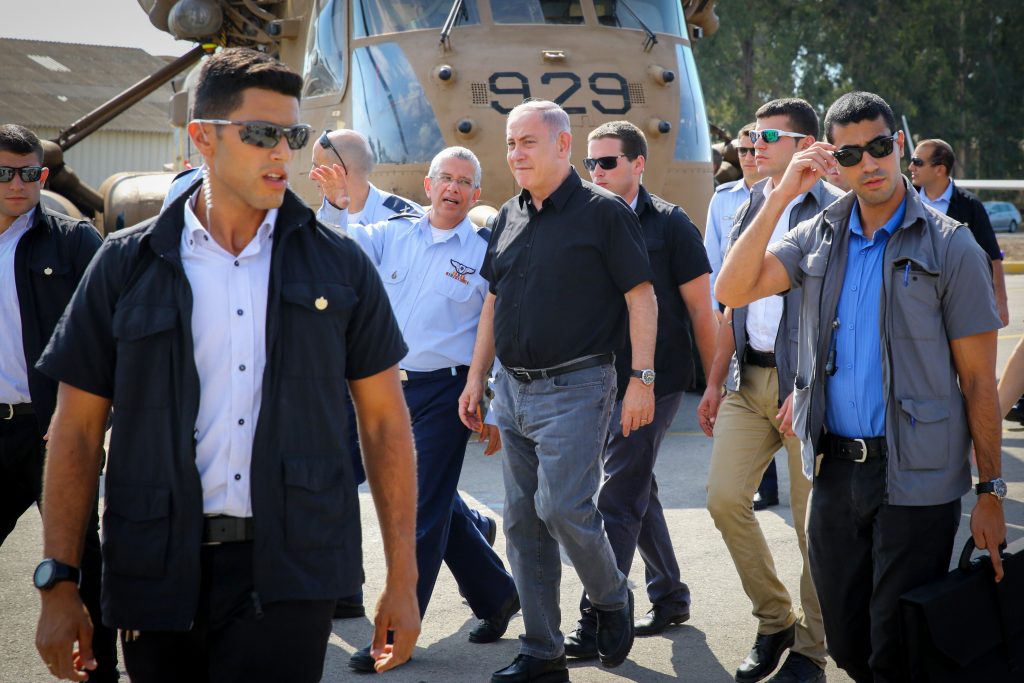 Israel would use all its strength from the start in any new war with the Lebanese terror group Hezbollah, the chief of the Israeli air force said on Wednesday, sending a firm warning a decade after their last conflict.

At the annual Herzliya security conference, Major-General Amir Eshel said qualitative and quantitative improvements in the air force since the 2006 Lebanon war meant it could carry out in just two or three days the same number of bombings it mounted in those 34 days of fighting.

“If war breaks out in the north, we have to open with all our strength from the start,” he said, pointing to the likelihood of international pressure for a quick ceasefire before Israel can achieve all its strategic goals.

Israeli politicians and generals have spoken often of an intention to hit hard in Lebanon if war breaks out, in an apparent bid to deter Hezbollah. Eshel said in 2014 that another conflict could see Israeli attacks 15 times more devastating for Lebanon than in 2006.

But at the conference, Eshel noted that “many elements busy achieving their goals” in Syria’s civil war were interested in preventing any fresh hostilities in Lebanon, where Israel says Hezbollah has built up an arsenal of more than 100,000 rockets.

Since early in the six-year-old Syria war, Hezbollah’s energies have been focused on propping up President Bashar al-Assad in alliance with Iran and Russia, throwing thousands of its fighters into battle against Syrian rebels.

But the Shiite group has not altered its view of Israel as its foremost enemy, and Israel’s military has said it regards Hezbollah in the same way.

Although Israel has kept to the sidelines of the war in Syria, Israeli aircraft have targeted suspected Iranian arms shipments to Hezbollah, operations complicated by Russian and U.S. air activity in the region.

“The skies of the Middle East are a lot more crowded than before, with lots of players,” Eshel said, pointing to the need for the air force to operate “surgically” to avoid “mistakes.”

On the other hand, such strikes, he said, also act as a deterrent to Hezbollah, whose missile capabilities could mean that the air force and the rest of the Israeli military will fight any future Lebanon war with their own bases under attack.

Eshel cautioned residents in southern Lebanon, a Hezbollah stronghold, to leave their homes if a new conflict erupts, saying the Iranian-backed group uses civilian homes as “launching bases for missiles and rockets.”

About 1,200 Lebanese, mostly civilians, and 160 Israelis, most of them troops fighting Hezbollah, were killed in the 2006 war, which displaced a million people in Lebanon and up to 500,000 in Israel.