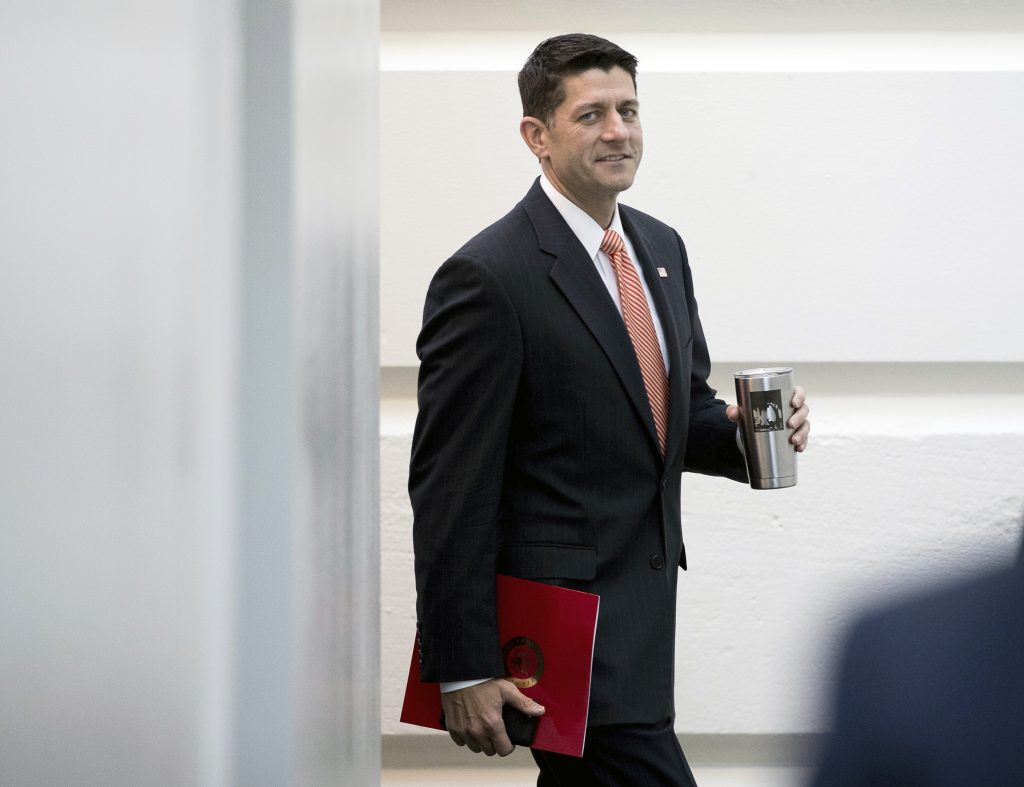 With a little more than seven legislative weeks before the end of the fiscal year on Sept. 30, House Republicans still do not have a consensus on the process for funding the government, fueling some discontent in the conference.

“We haven’t decided exactly how we’re going to go about our appropriations process in this first year, but we’re going to move together on consensus,” Speaker Paul D. Ryan told reporters after the Republican conference met Wednesday morning.

The Wisconsin Republican said Republicans are having their typical “family conversation” on fiscal issues but have not made any final decisions on a budget resolution or appropriations bills.

House Republicans largely sidestepped a debate on how much they want to spend in fiscal 2018 and instead spent most of their morning conference meeting discussing how best to move appropriations bills across the floor this summer.

Some members, though, are increasingly frustrated by the indecision.

“I think we’re all dancing around the issue,” House Freedom Caucus member Scott Perry of Pennsylvania said. “The real issues are the (spending) numbers … what the instructions, reconciliation, would say; It’s how we’re going to deal with sequester and the caps. That’s the grind-it-out conversation … the family has to have.”

At the conference meeting, House leadership laid out a handful of options on how to structure the appropriations process.

The options, according to multiple members present, included moving all 12 appropriations bills individually in committee and as many as possible on the floor, moving a national security-related package first or a security-plus package that would include energy and water and then trying to tackle the remaining measures or simply starting with a 12-bill omnibus.

The discussion focused on what bills the House Appropriations Committee can mark up and get ready for the floor, versus what would be left for the so-called appropriations cardinals (leadership and the committee and subcommittee chairmen) to negotiate.

Before the conference meeting, many members had begun expressing support for a 12-bill omnibus. The strategy, floated by Georgia Rep. Tom Graves, involves crafting an omnibus full of Republican spending priorities and having the House pass it by August. Members acknowledge that bill is unlikely to be the final product but would put Republicans in a better negotiating position when House and Senate leaders and administration officials hammer out a final deal.

The big question mark looming over the 12-bill GOP omnibus is whether Republicans could actually get 218 of their members to vote for it. Leadership doesn’t want to head down a path that will lead to failure.

That uncertainty is what could push the conference toward one of the other options, like passing a national-security package first — something Republicans can more easily do on their own than pass a sweeping omnibus measure with a host of contentious domestic spending issues.

There did not appear to be any consensus from members as they left Wednesday’s conference meeting. House Republicans are expected to reconvene Friday morning to continue their discussion on fiscal issues.

Part of the frustration with Wednesday’s focus on procedure and how to package appropriations bills is it doesn’t address spending levels. Regardless of what House Republicans decide they would like to spend, the only way for appropriators to actually pass a spending package that busts statutory spending caps on defense, as most Republicans want, is to reach a deal with the Senate, which will require Democratic support.

“Some of the other options I consider to be a fake process that will lead to fake bills,” Pennsylvania Rep. Charlie Dent, an appropriator and co-chairman of the Tuesday Group, said. “This is going to end in one of two ways — either in a bipartisan budget agreement, omnibus. That would be one option. Or the other would be a full-year continuing resolution, and that’s not particularly desirable.”