EU Court: Vaccines Can Be Blamed for Illnesses Without Proof 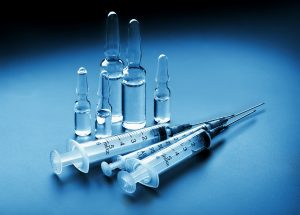 The highest court of the European Union ruled Wednesday that courts can consider whether a vaccination led to someone developing an illness even when there is no scientific proof.

The decision was issued on Wednesday in relation to the case of a Frenchman known as Mr. J.W., who was immunized against hepatitis B in late 1998-99. About a year later, Mr. J.W. was diagnosed with multiple sclerosis. In 2006, he and his family sued vaccine-maker Sanofi Pasteur in an attempt to be compensated for the damage they claim he suffered due to the vaccine. Mr. J.W. died in 2011.

After the case went to France’s Court of Cassation, it was brought to the European Union.

On Wednesday, the EU’s top court said that despite the lack of scientific consensus on the issue, a vaccine could be considered defective if there was “specific and consistent evidence,” including the time between a vaccine’s administration and the onset of a disease, an individual’s previous state of health, the lack of any family history of the disease and a significant number of reported cases of the disease occurring following vaccination.

In a statement, the court said that such factors could lead a national court to conclude that “the administering of the vaccine is the most plausible explanation” for the disease and that “the vaccine therefore does not offer the safety that one is entitled to expect.” It did not rule on the specific French case.

Sanofi Pasteur said in a statement that its vaccines are “safe and effective and protect against infectious diseases,” noting that the company’s hepatitis B vaccines were well-tolerated.

“They have been approved by health authorities and (have been) marketed for more than 30 years,” it said.

Some vaccine experts slammed the ruling, saying the court’s threshold for linking a vaccine to side effects was too low.

Dr. Paul Offit, a pediatrician and vaccines expert at the University of Pennsylvania, said the criteria used by the court made no sense — and are similar to those used by vaccine injury compensation programs in the United States.

“Using those criteria, you could reasonably make the case that someone should be compensated for developing leukemia after eating a peanut butter sandwich,” he said.

Offit said the courts shouldn’t be trusted to make rulings about scientific evidence.

“It’s very frustrating that they have such a ridiculously low bar for causality,” he said, adding that anti-vaccination supporters have long relied on such court judgments to bolster their campaign against vaccines.