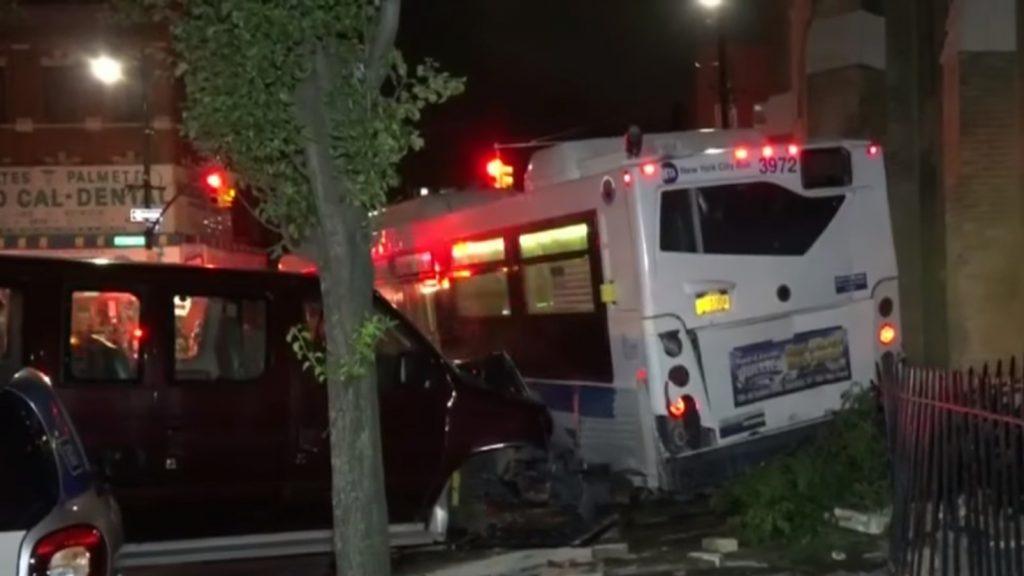 An empty New York City transit bus rolled backward down a hilly Brooklyn block and smashed into a church and parked vehicles during a crash caught on video.

One person on the street received minor injuries when the bus got loose early Wednesday on Palmetto St. in the Bushwick neighborhood.

Bennie Garcia told the Daily News that he was in bed when he heard a “massive bang” and the driver yelling for help. He saw his neighbor who’d been doing a car repair lying on his back and bleeding from his nose.

The union that represents transit workers says it was the driver’s third day on the job and she was very upset.