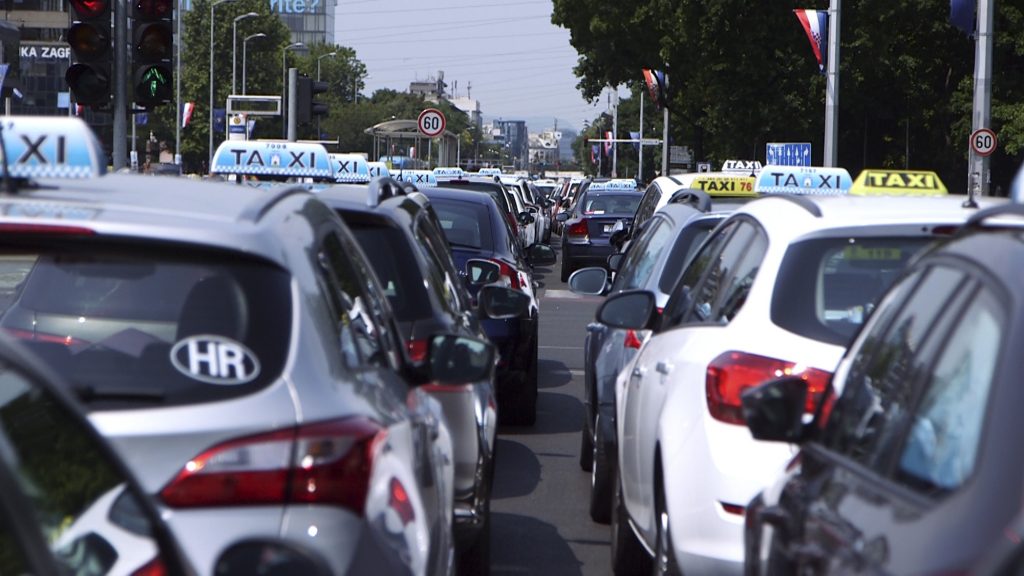 Hundreds of Croatian taxi drivers on Wednesday blocked one of the capital’s main boulevards with their cars to protest against Uber services in the country.

They demanded that the U.S.-based ride-hailing company’s app be banned, claiming it has been operating illegally in the country for two years.

The Croatian government on Wednesday discussed the protesters’ demands and Prime Minister Andrej Plenkovic said “we have concluded that transportation via Uber is against the current regulations in the Republic of Croatia.”

Plenkovic said authorities already have carried out 170 inspections, handed down fines worth 5.2 million Croatian kunas (700,000 euros; $779,000) and confiscated 11 cars over the issue. He urged the taxi protesters to stop their action until a solution is worked out.

Uber issued a statement saying that the blocking of Zagreb streets “poses a threat to the citizens and infrastructure.”

“This type of pressure represents a relic of bygone times — it is unacceptable nowadays, and it is not an example of (how) a modern European state should function,” the statement said. “We support the adoption of a new regulation that would give consumers more choice and promote competition.”

Doris Kosta, the protesters’ legal representative, said that “no one can work illegally” in Croatia.

“The Uber application must be banned,” she said. “When Uber fulfills all the necessary legal procedures, then it will be OK for them to get the application approved.”

Last December, the company said that Uber’s drivers follow all the rules in Croatia and pay the appropriate taxes. It said that this kind of a model is different to a taxi, and is a car rental with a driver.

There are an estimated 5,000 Uber drivers in Croatia, offering cheaper prices than ordinary taxi services. Some 100,000 Croats use the Uber app, according to the company.

Uber has recently introduced its UberBoat service on the Croatian Adriatic coast, offering trips from the resorts of Split, Dubrovnik and Hvar to nearby islands.