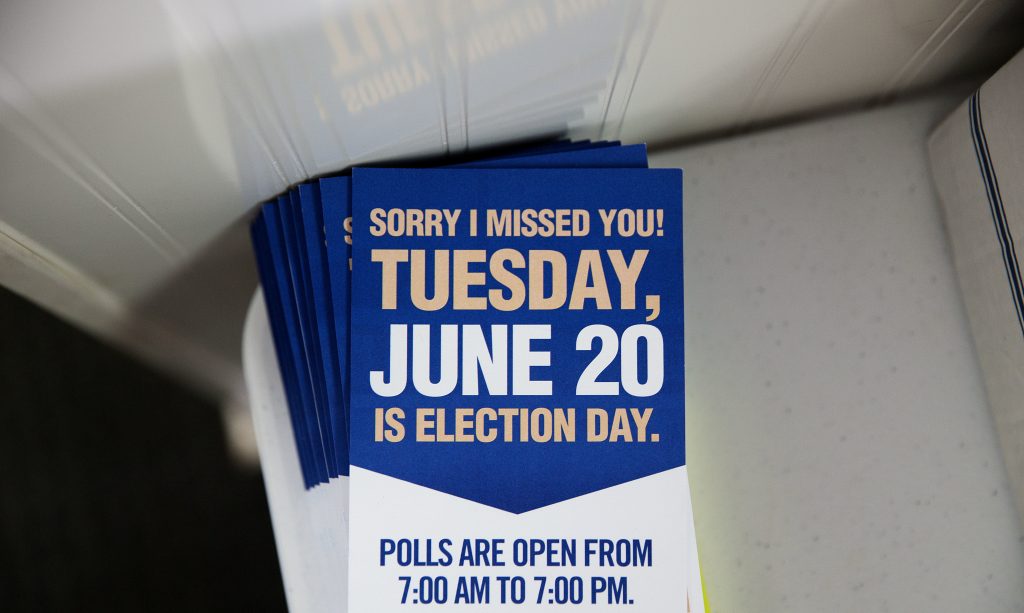 A special election run-off for a suburban Atlanta seat in Congress looked set for a tight finish on Tuesday, with polls showing a very narrow lead for the Democrat candidate seeking to take a district held by Republicans since the 1970s.

For much of his campaign the young Democrat newcomer Jon Ossoff sought to harness local dissatisfaction with President Donald Trump, who carried this affluent, suburban district by only 1 percentage point in last year’s presidential election.

But he later shifted to focus on local concerns to match his Republican rival Karen Handel, a former secretary of state who argued the vote was a local issue and unrelated to Trump’s presidency.

“This race is not about what’s going on around the rest of the country – it is about you,” she told supporters on Monday night.

A June 18 poll showed Ossoff just ahead of Handel, with 49.0 percent versus 48.9 percent. The WSB-Landmark Communications poll drew on 500 likely voters and has a margin of error at 4.4 percent.

The election outcome will not alter the balance of power in Washington, where Republicans control both chambers of Congress.

But an Ossoff victory would help Democrats raise money and recruit candidates as they try to win back control of the House of Representatives in 2018.

The party has fallen short this year in elections in Kansas and Montana, and it is expected to lose another race on Tuesday in South Carolina.

President Trump weighed in on the election early on Tuesday morning.

“Democrat Jon Ossoff, who wants to raise your taxes to the highest level and is weak on crime and security, doesn’t even live in district,” President Trump wrote on Twitter.

“KAREN HANDEL FOR CONGRESS. She will fight for lower taxes, great healthcare strong security – a hard worker who will never give up! VOTE TODAY,” President Trump added.

Unprecedented sums of money have poured into the candidates campaigns. Total spending in the race topped $56 million, according to the Center for Responsive Politics, a watchdog group, nearly double the previous record.

Ossoff gained national prominence by vowing to “make Trump furious,” but lately he has avoided mentioning the president, promising instead to cut spending and “bring accountability to Washington,” as he said at a Monday campaign event.

His campaign has attracted more supporters than some expected.

“There are more of us than we thought,” said Tricia Gephardt, an Ossoff volunteer.

Kay Kirkpatrick, a Republican state senator who represents the area, said that while Republicans were divided on President Trump, they had mostly united behind Handel.