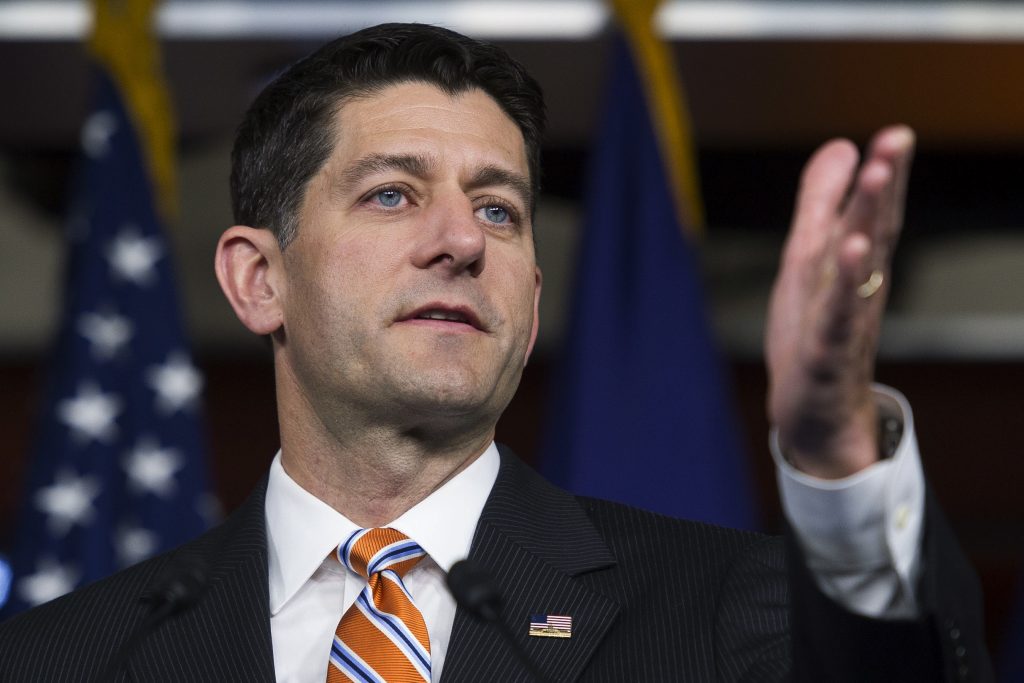 Overhauling the nation’s tax code is a once-in-a-generation opportunity, says House Speaker Paul Ryan, who is promising to act by the end of the year despite political divisions among Republicans and a crowded legislative agenda for Congress.

Ryan is scheduled to speak Tuesday afternoon to the National Association of Manufacturers. In excerpts released by his office, the Wisconsin Republican and former chairman of the tax-writing Ways and Means Committee says the GOP, which controls Congress and the White House, has a chance to re-write the tax code for businesses and individuals.

According to Ryan’s office, Ryan will “warn against accepting half measures or believing there is a path to reform without obstacles and political challenges.”

That’s an apparent jab at a growing number of Republicans who simply want to cut taxes rather than simplify the tax system and make it more efficient.

Ryan’s office says he will make the case for permanent tax reform — rather than a temporary tax cut.

The obstacles in Congress are many.

Ryan supports a new tax on imports to help finance a lower overall tax rate for corporations, and to encourage U.S. companies to stay in the United States. The tax, however, has no support in the Senate and is vigorously opposed by retailers who worry that it will increase the cost of consumer goods.

Ryan’s office said, “He will not litigate the issues currently being resolved between the House, Senate, and (Trump) administration, but he will describe the important components of any reform.”

Republicans are planning to pass a tax package under a procedure in which they need only a simple majority in the Senate — preventing Democrats from blocking it. Under the procedure, the tax package cannot add to long-term budget deficits.

That means for every tax cut, there has to be a tax increase, at least over the long term.

There’s more. In order to take advantage of the procedure, Republicans in the House and Senate must pass a budget resolution. That won’t be easy because there are big disagreements among Republicans over spending levels for the military and for domestic programs.

Also, the legislative calendar is crowded with other hard-to-do initiatives.

The Senate is currently grappling with how to repeal and replace President Barack Obama’s health-care law. The House already passed a bill but it was not well-received in the Senate.

Congress is facing an Oct. 1 deadline to fund the government, and sometime this fall, Congress will have to extend the authority of the federal government to borrow money or risk an unprecedented default.

All of these issues are heavy political lifts that will take time and political capital to resolve.