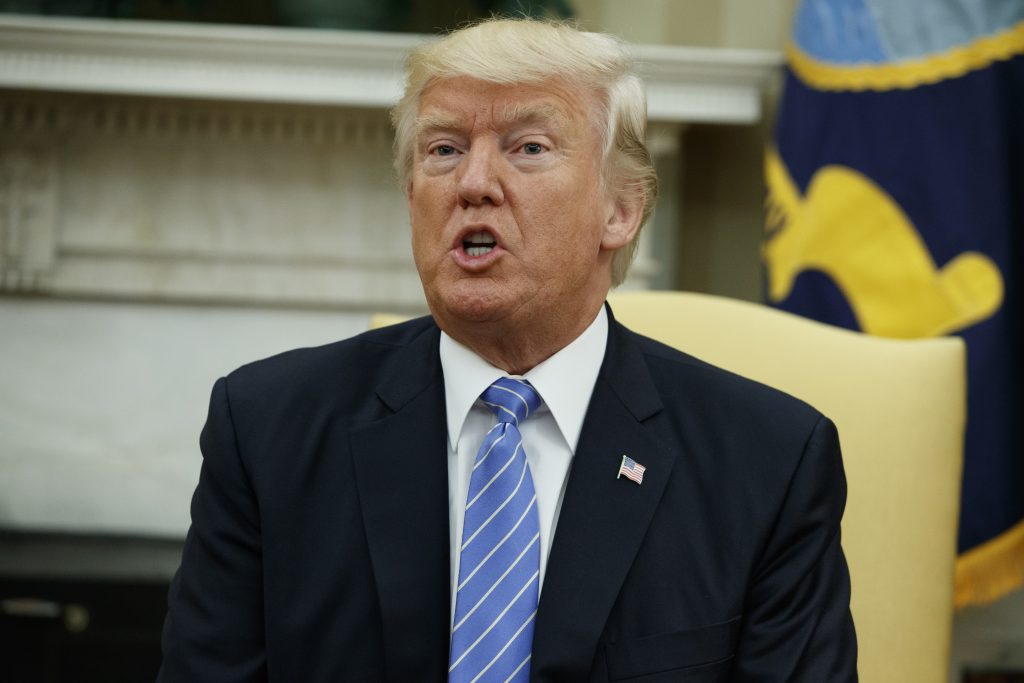 President Richard Nixon, the quintessential Cold Warrior, could pull off an opening to China because his anti-communist credentials were never in doubt. President Donald Trump, the quintessential anti-immigrant xenophobe who called Mexicans “murders,” exploited victims of crimes allegedly committed by illegal immigrants and vowed to enact mass deportation, could be the one to bury the anti-immigrant right’s agenda and its incessant crusade against “amnesty,” which amounts to any immigration stance that does not result in deportation of 11 million to 12 million people.

On Friday, Trump decided if you can’t beat the “amnesty” crowd, you might as well join them. The Associated Press reported:

“The Trump administration said Friday it still has not decided the fate of a program protecting hundreds of thousands of young immigrants from deportation, despite a statement a day earlier that the program will continue.

“The mixed signals reflect the political sensitivities behind the Obama administration program known as Deferred Action for Childhood Arrivals, or DACA. As a candidate who put tough immigration policies at the core of his campaign, Donald Trump denounced the program as an ‘illegal amnesty’ and said he would immediately end it.

“Since taking office, Trump has expressed empathy for the participants often called ‘dreamers,’ many of whom have no memory of living anywhere but the United States. Cancelling the program could mean trying to deport more than 787,000 people who identified themselves to the government in exchange for temporary protection.

“The Homeland Security Department said Thursday that the program would ‘remain in effect.’ ”

President Barack Obama’s order, decried as “amnesty” and executive overreach, is now part and parcel of Trump’s policy, for the foreseeable future. Even Trump recognizes that Americans do not have the will, the money or the heart to round up everyone no matter the circumstances. Put differently, some people should get to stay, to obtain legal status. The recognition that mass deportation is neither logistically nor politically tenable was ridiculed by Trump and the anti-immigrant crowd during the GOP presidential primaries. Now that the message comes from Trump rather than Jeb Bush, the right nods dutifully and moves on.

The same fate awaits the promise to build the southern border wall, a $67 billion (roughly) boondoggle that no border-state member of Congress of either party supports. The right-wing talk-radio crowd and other anti-immigrant mouthpieces scoffed when Sen. Marco Rubio, R-Fla., and Jeb Bush said Mexico would not pay for the wall. They derided these and other candidates who pointed out it was a waste of money (albeit a boon to the ladder industry). The government funding bill that Trump released in early May takes the country to the end of the fiscal year but contained no wall funding. Do not expect anything different for the 2018 fiscal year budget. If an anti-immigrant hawk such as Trump and GOP majorities in the House and Senate won’t fund the wall, do we really imagine any president and Congress would?

Trump’s executive order threatening “sanctuary cities” was stymied by the courts and then subsequently narrowed by immigration hawk Attorney General Jeff Sessions. The initiative is now so narrow as to be meaningless. Trump has increased raids and doubled the incidence of non-criminal deportations, but that’s about the only thing the anti-immigrant crowd has gotten.

With the illegal immigrant population on the decline, unemployment continuing to drop (these foreigners aren’t “stealing jobs” but rather participating in economic growth) and Trump’s legal initiatives largely stalled, maybe it is time to declare “victory” on the illegal immigration front and get on with legalization, at the very least for those people who have been here a decade, remained employed, learned English and committed no crimes. Allowing such people to pay a fine and back taxes to attain legal status is overwhelmingly popular with voters, according to multiple polls. Both parties could finally put this issue behind them.

Listen, if it took Nixon to go to China, certainly Trump could go a long way toward mass “amnesty.” Maybe with a Democratic House majority after the 2018 election, Trump and Rep. Nancy Pelosi, D-Cal., could get the ball rolling.