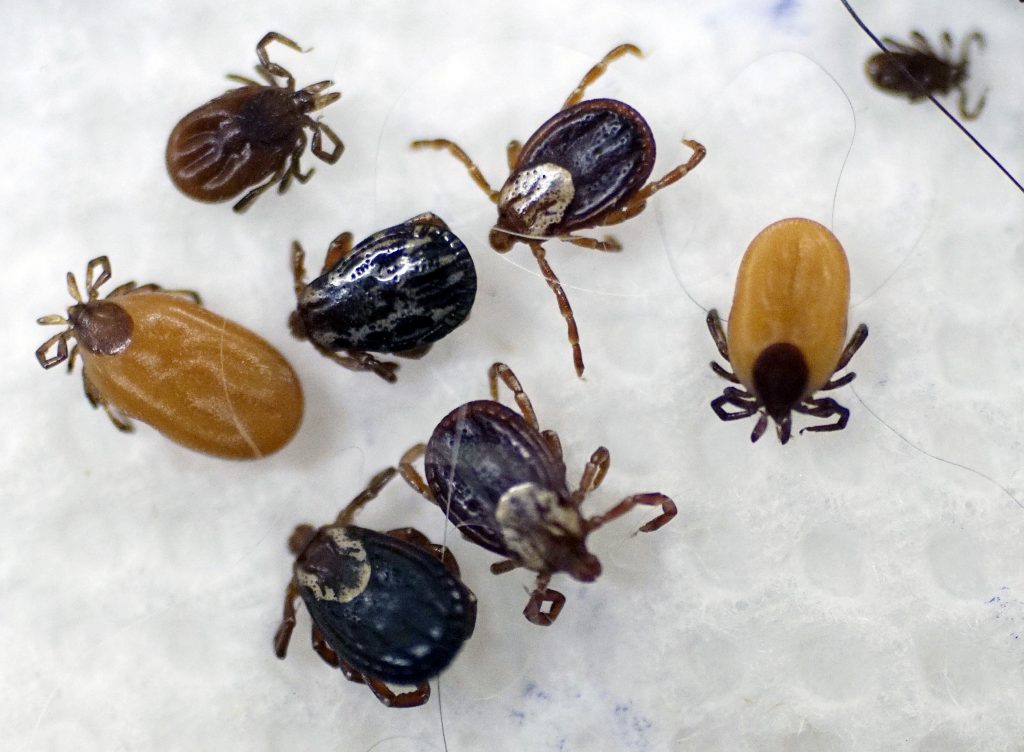 Tick numbers are on the rise across New England, raising the prospect of an increase in Lyme and other diseases associated with the blood suckers.

The region got a respite last year as the drought took a toll on ticks, whose numbers drop as the humidity falls below 85 percent. But the drought is largely gone from the region and ticks are taking advantage.

Residents in Maine are complaining they are finding as many as 30 ticks at a time on their clothes, and public health officials in Vermont are reporting an above-average rate of emergency room visits for tick bites in the last three weeks.

“All of sudden everybody you know has got them,” said George Africa, owner of Vermont Flower Farm. He’s found two black-legged ticks on him in the last several weeks.

Alan Eaton, a tick expert with the University of New Hampshire Cooperative Extension, said the high numbers he has seen in New Hampshire are in line with what was expected, considering the high moisture levels and short dry periods.

On top of that, ticks have taken advantage of a proliferation in their favorite hosts, especially mice, chipmunks and other small rodents. But it isn’t so much the number of rodents this year that is critical.

Researchers from the Cary Institute of Ecosystem Studies, which for the past decade has studied ticks, found that a bevy of acorns one year can lead to a spike in Lyme-infected ticks two years later. They documented a bumper acorn crop in 2015 that resulted in an increase in small-rodent numbers a year later. As a result, they projected that 2017 would be especially bad for Lyme-disease ticks.

“When those mice have a big boom in their population in the summer, that is when new baby ticks are just hatching out of their eggs,” said Richard S. Ostfeld, a disease ecologist with the Cary Institute. “If there are a ton of mice, many of those baby ticks feed on a mouse. They are likely to survive and come out as nymphs the next year, and those mice are the place those baby ticks get infected with Lyme disease bacteria.”

With the explosion in tick numbers in the past decade, there has been a dramatic increase in tick-related diseases. According to the Centers for Disease Control and Prevention, the number of Lyme disease cases has tripled to about 30,000 cases nationwide annually. Cases of anaplasmosis, which can cause fever, headache, chills and muscle aches, have also risen steadily.

But public health officials in New England said it’s too early to say what impact all these ticks will have on diseases this year.

Catherine Brown, deputy state epidemiologist for the Massachusetts Department of Public Health, said it could be “good news” that people are seeing more of the dog tick rather than the black-legged deer tick that carries Lyme. The dog tick, the hardier of the two, carries Rocky Mountain spotted fever and tularemia, but those diseases are rare in New England.