National McCain: Americans Traveling to North Korea Should Have to Sign Waiver
National 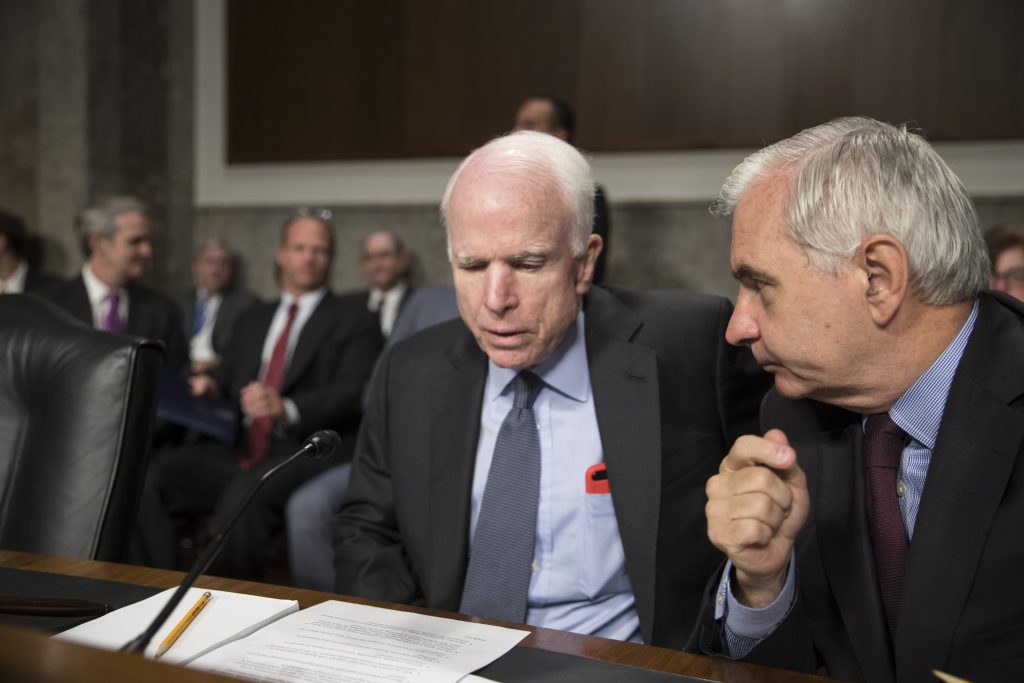 Sen. John McCain said on Tuesday that Americans who are “stupid” enough to still want to travel to North Korea should be required to sign a waiver absolving the U.S. government of any blame should they be harmed while there.

McCain, the chairman of the Armed Services Committee, said North Korea “murdered” Otto Warmbier, the 22-year-old American college student who died just days after North Korea released him from detention in a coma. He had arrived in Ohio on June 13 after being held for more than 17 months.

“They just murdered him,” McCain said.

The University of Virginia student was accused of trying to steal a propaganda banner while visiting with a tour group and was convicted of subversion. He was sentenced in March 2016 to 15 years in prison with hard labor.

“There should at least be a form for them to fill out that says, ‘If I go to North Korea, I understand I am taking great risk and I do not hold the American government responsible. Now I hope the American government will help, etc., etc. But I realize what has happened to previous American citizens, including their deaths,’ ” McCain, R-Ariz., said in an interview.

“I would have that first because if people are that stupid that they still want to go to that country, then at least they assume the responsibility for their welfare,” McCain said.