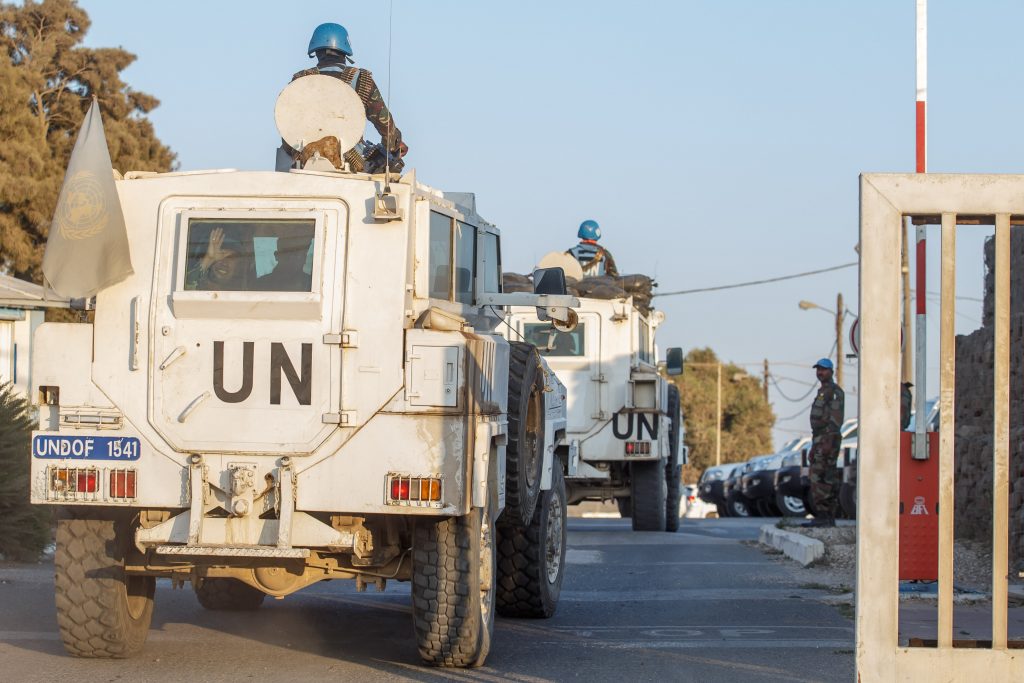 The U.N. Security Council has been informed of an increase in contacts between the Israeli military and Syrian rebel groups over the past few months that observers said could lead to an expansion of armed conflict on the Golan Heights, according to Haaretz Monday.

U.N. Secretary-General Antonio Guterres sent a report prepared by the United Nations Disengagement Observer Force (UNDOF), which monitors the 1974 ceasefire between Israel and Syria, to the members of the Security Council, thereby signaling his concern about the development.

The UNDOF report documented a long-term rise in the number of interactions between IDF soldiers and rebel groups. For example, between November 18, 2016, and March 1, 2017, 17 such interactions were observed along the Golan border, including in the vicinity of Mt. Hermon. By contrast, U.N. observers witnessed 33 interactions between Israeli and rebel representatives over the last seven months. Only two such meetings took place from August 30 to November 16 of last year.

They described Syrian rebels meeting with the Israelis at IDF outposts, where “in some instances, personnel and supplies were observed to have been transferred in both directions. On all occasions, the unknown individuals and mules returned to the Bravo [Syrian] side,” the report stated.

The U.N. secretary general clarified in the report that the nature of the interactions could not be observed.

“The Israel Defense Forces have stated that the interactions were of a humanitarian and medical nature,” the report said.

However, the matter comes to light just one day after a report in The Wall Street Journal which said that Israel has been funding rebel military activities as well. The IDF would not comment directly on that assertion based on interviews with several Syrian rebel fighters.