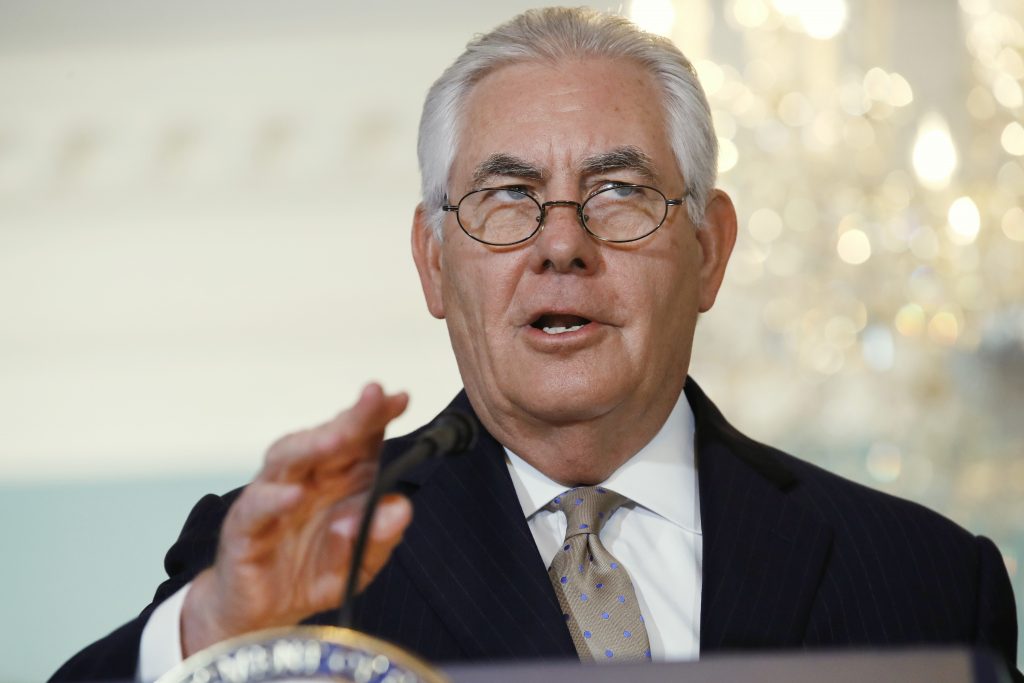 The United States wants China to become more involved in supporting the global fight against terrorism and efforts to defeat Islamic State, including in Iraq, a senior U.S. official said Monday ahead of high-level security talks with Beijing.

Susan Thornton, the U.S. acting assistant secretary of state for East Asia, said that China has taken only a limited role in counter-terrorism efforts, although it appeared to be becoming more interested.

“We would like to see them step up and take more responsibility,” Thornton told reporters as Washington and China’s diplomatic and defense chiefs prepared for a meeting in the U.S. capital on Wednesday.

“They have a lot of interests, for example in Iraq, and we think they should be doing more to contribute to the efforts of the international coalition to defeat ISIS (Islamic State),” she said.

Thornton said Beijing, which is not a member of the 68-member coalition, was increasingly affected by terrorism, as was seen by the recent killing of two Chinese nationals in Pakistan.

Beijing has sent out “early feelers” about getting more involved, Thornton said.

“We’d like to have a good discussion with them about what more we think they can do, certainly in the way of providing resources to governments that are battling against terrorism and trying to help with capacity-building for governments and security forces in various places,” she added.

The State Department says they will focus on ways to step up pressure on North Korea to give up its nuclear and missile programs, but also cover areas such as counter-terrorism and territorial rivalries in the strategic South China Sea.

The United States has been at odds with China over the latter’s building and fortifying of islands in the disputed waterway.

Thornton said now that there were moves towards agreeing to a code of conduct over the South China Sea, Washington would like to see a freeze on all such construction activity.

She reiterated a call on China to fully implement U.N. sanctions on North Korea and, while praising Beijing for imposing a ban on North Korean coal imports, added: “We would like to see China do more.”