Israel Study: One Out of Three Drivers Falls Asleep at the Wheel
Israel 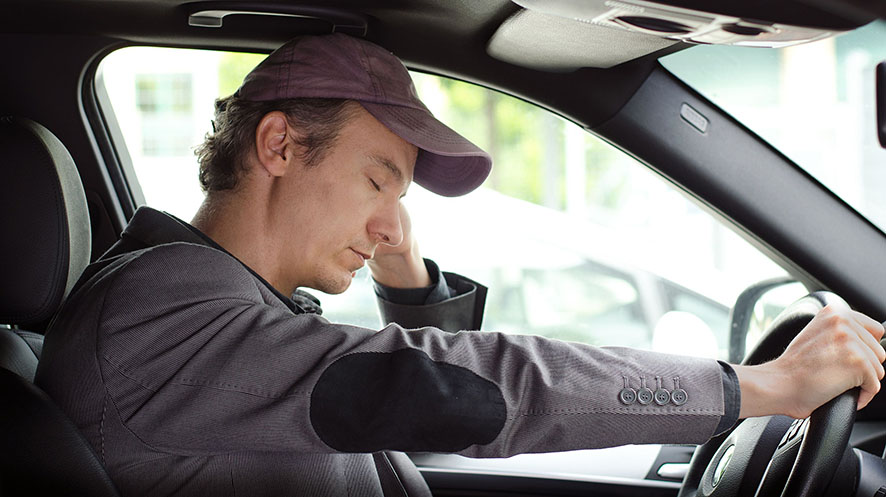 A new study by the Or Yarok road-safety organization says that one out of three Israelis admitted that they had dozed off while driving at least once in the past year. The figures indicated that more people were falling asleep more often; in 2016, 25 percent of drivers said they had fallen asleep at least once, compared to just 15 percent in 2015. In a survey of passengers, 37 percent said they had driven with someone who fell asleep over the past year.

“Falling asleep” does not necessarily mean that a driver was out to world; in many cases, the drowsiness overtook a driver at a red light, foot firmly planted on the brake. The incidents of sleep mostly lasted for a few seconds, but, said Erek Kita, director of Or Yarok, a second or two is all it takes to cause a major traffic accident.

“Exhaustion is the quiet killer on the road,” he told Channel Two. “When a driver closes his eye for even a second, the vehicle is driving by itself.” But unlike with autonomous driving cars that are controlled by computer, “nobody is in charge here,” he said.

Figures for 2016 released by the Central Bureau of Statistics (CBS) indicated that traffic accidents were by far the number one cause of death and injury in Israel, other than fatal illnesses. There were 12,500 road accidents in Israel in 2016, 1,600 of them considered “serious,” the CBS numbers showed. A total of 1,900 people were “badly hurt” in those accidents. In 320 of those accidents, 378 people were killed. Compared to 2015, the numbers were similar with minor differences; there was a 2-percent increase in the number of serious accidents, and a 6-percent increase in the number of those killed.

While there are many theories as to why there are so many accidents per capita in Israel — the rate here is significantly above the average in Europe — from poor roads to hot weather, Or Yarok said that there was one sure way to reduce accidents: by driving more slowly and “taking responsibility for our behavior and our driving. We need to concentrate on our driving, not on sending text messages while we drive, or other behaviors that interfere with our concentration.”

Commenting on the current study, Kita said that “the Transportation Ministry must increase its educational efforts on the dangers of driving while tired, especially at this time of the year, when many more people will be on the streets and highways due to summer vacation.”